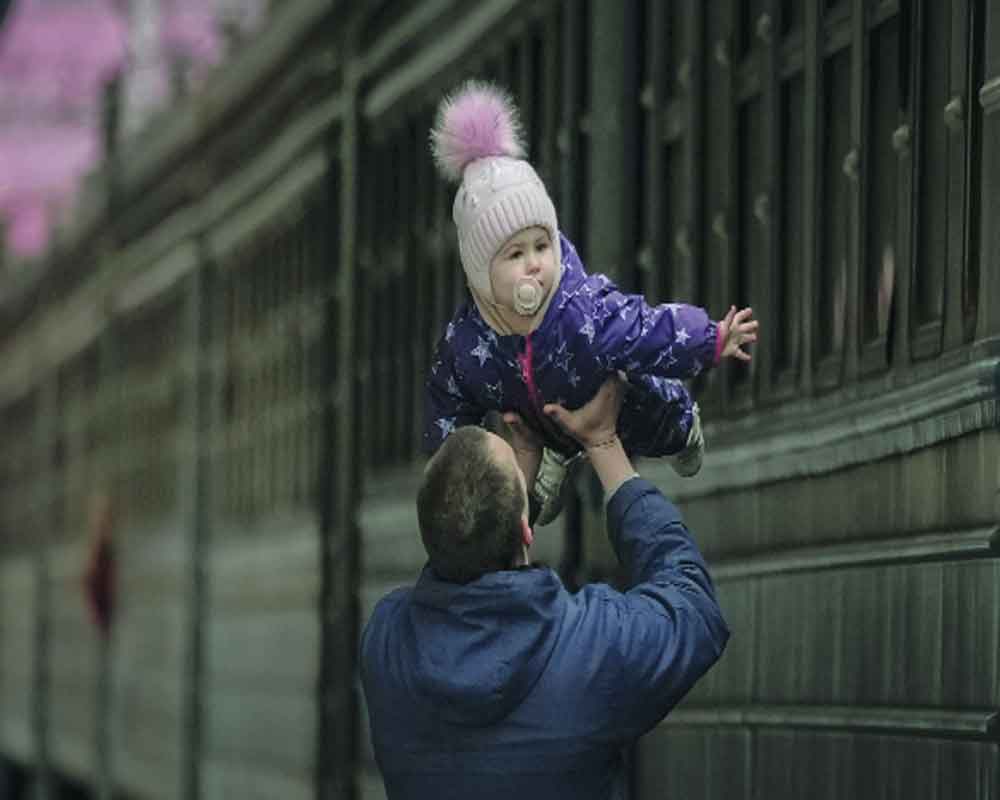 For now, the Ukraine war seems to be unwinnable. Neither Russia nor Ukraine (with the indirect support of the West) would be able to win the war. It may be heading for a tough negotiation. Most probably, Russia will have a greater say in the post-war agreement

Russia has added a new chapter in the post-Cold War Europe under the leadership of Vladimir Putin. His decision to invade Ukraine on February 24 has altered the US-led global liberal power calculus. The quiet “Spy Guy” Putin, who took over as the Prime Minister in ailing Boris Yeltsin’s Government in 1999, was largely unnoticed by the West. Probably, the policymakers in the Western capitals could not visualise how this man would pose a serious threat to both the European Union (EU) and the North Atlantic Treaty Organization (NATO) in the days to come. Putin’s was a solo journey laced with a hidden agenda of reclaiming the lost Soviet empire. Thus, he quickly took up the reins as the second President of the newly created Russian Federation in the year 2000, immediately after Yeltsin left the scene as he was seriously unwell.

However, Putin miscalculated his strategy while attacking neighbouring Ukraine. Strategic experts who are constantly observing the war say that the situation on the ground is rapidly changing. It is getting more difficult every next day to gauge what shape the invasion of Ukraine will take. And the primary reason is the unpredictability of the next move of both Moscow and the West. After over a month of attacks, it is now dawning on the world the Ukrainian resolve against the brutal Russian forces. The Ukrainian forces along with civilian volunteers have resisted the advancing Russian onslaught with awesome courage. In this process, the people of Ukraine, its army and its indomitable President Volodymyr Zelenskyy have surprised both their enemies and the Western allies. Initially, Putin thought he could take over Ukraine with a small fraction of his huge army and artillery. Putin has underestimated the decades of Ukrainian commitment to their sovereignty and the ethos of liberal democracy. This miscalculation helped Ukraine impose heavy losses on the Russian army.

Two days after Putin started his offensive against Ukraine, the Russian State news agency RIA Novosti published an article predicting immediate victory of the country in the ongoing war. It was so hopeful that it started celebrating a new era wherein western domination would come to an end. Also, it highlighted that the bond between the US and the continental Europe would be severed; and finally prophesying the return of Russia to its rightful space and place in the world. But as the war rages on, at best what seems premature to conclude is probably a single Russian world to bring Ukraine in Russian clutches. This seems a distant dream as for now.

Now a desperate Putin and his army are adopting all kinds of brutal tactics to attack civilian targets, directly inviting the war crimes charges against him and his regime. Currently he is doing this simply to pressurise Zelenskyy to surrender faster. But it is not happening. Meanwhile, there is a loud chorus of calls for the International Criminal Court (ICC) to prosecute Putin for employing absolute terror tactics in Ukraine against civilians. The top war crimes prosecutor for ICC has already travelled to Ukraine to get the firsthand experience. The US Government has formally declared that the Russian forces are committing war crimes in Ukraine. Interestingly, both Russia and the US are not members of the ICC, but they are signatories to the treaty (Rome Statute) that created the august court. And the ICC has been fully functioning since July 1, 2002.

Putin may have flip-flopped on economic issues facing his country, but he has largely consolidated his power, position and authority not only within Russia but also abroad. Today the whole world must remember that the days before Putin took over as the President in 2000, he told the BBC news that Russia was “part of European culture” and that he “would not rule out” the possibility of his country joining the NATO. On the New Year’s eve of 1999, when he was functioning as the acting President of the Russian Federation as Yeltsin suddenly resigned, he said, “I cannot imagine my country in isolation from Europe and what we often called the civilised world”.

But by 2014, when Putin annexed Crimea, he changed the geo-political state of Russia inherited by Yeltsin as deeply divided and chaotic. Russia after the Crimean annexation was largely isolated by the West accompanied by severe sanctions and encountering possibly a new Cold War. And since then, Putin has been marshalling his forces, allies and partners both at home and abroad to take on the Western allies in Europe.

Putin’s aggressive war moves in Ukraine are pointers to how NATO has consistently ignored the strategic concerns of Russia for a long time. As the year 2021 came to a close, Moscow presented a list of demands to Washington. The aim was to stave off a large-scale armed conflict in Eastern Ukraine then. It was a formal demand placed in front of an American diplomat serving in Moscow, in the form of a draft treaty. As the West absolutely ignored the concerns of Moscow, Putin decided to push them through his military might.

The US-led West continued its efforts to isolate Russia since the breakdown of the erstwhile USSR in 1991. And the West is experiencing the pain now. Putin is crafting an unusual role in the post-Ukraine War. It’s widely accepted with dismay that Russia has the power to both reset and destabilise the world order. The Crimean annexation of 2014 was the first instance when Putin’s Russia started asserting its rights in its former backyard, popularly known in Russia as its “near abroad”. But the West and its policymakers who were surprised by the Crimean occupation and sponsoring of Russian-backed separatists in Eastern Ukraine by Moscow should have learnt a lesson when he set right the narratives of “Putin Thesis” in Georgia in the year 2008. Certainly, either the West was ignoring Putin, or it was simply thinking that the coalition of the NATO and the EU would be enough to tame the new Russian czar. But it was a big mistake on the part of the West.

It is very clear from Putin’s side that he is desperate to install a pro-Russian regime in Kyiv like the one of Viktor Fedorovych Yanukovych who ruled Ukraine from 2010-2014. In fact, Yanukovych was forcibly unseated by a pro-Western movement called Maidan Revolution or Dignity Revolution in 2014. This happened after his refusal to sign the Association Agreement with the EU in November 2013. He clearly indicated his pro-Russian tilt. In the beginning of the next year, Russia responded by occupying Crimea. Coincidentally, the two East Ukrainian border oblasts called Donetsk and Luhansk declared their independence from the mainland Ukraine. But Putin, the great “Spymaster and a democratic dictator” waited for long 8 years to invade Ukraine. To Russia, Putin’s patience was running out. So, he took the plunge finally.

For now, the Ukraine war seems to be unwinnable. Neither Russia nor Ukraine (with the indirect support of the West) would be able to win the war. It may be heading for a tough negotiation. Most probably, Russia will have a greater say in the post-war agreement. Moscow might demand greater guarantee of security including Ukraine not joining the NATO in the future. In fact, Putin would go to the extent of annexing the whole territories of Donbass region beyond the current oblasts under the control of the Moscow-backed separatists. But then the already floated demand for Kyiv to recognise Crimea as legitimate part of the Russian Federation could be troublesome.

Finally, Putin’s effort to divide the EU and the NATO or broadly the Western allies in Europe is fast failing. On the contrary, all of them are coming closer to punish Moscow. They all have become a single unit now. US President latest tour to Europe to address the EU, the NATO and the G-20 would largely damage the Russian economy with a new set of sanctions. This would badly break the back of the country’s economy.

What is written on the wall is that the outcome of the Ukraine war is not clear. Putin is gradually becoming impatient. He may not be able to carry on with a costly war. The Ukrainians are gathering more sympathy, support and arms from the West to fight the Russian onslaught. It is prolonging Putin’s bloody war. Even there are possibilities of more countries joining the war such as Belarus and Poland. Then it could be devastating for both Europe and the rest of the world. At the receiving end is the unarmed and hapless Ukrainian civilians who are either not prepared to leave their war-torn zones or are not allowed to use the humanitarian corridors to escape into the neighbouring nations. It’s a complete mess and a rare human tragedy which the continent is witnessing for the first time after the end of the Second World War.