Primacy of OBC: When UP ‘castes’ its vote

Primacy of OBC: When UP ‘castes’ its vote 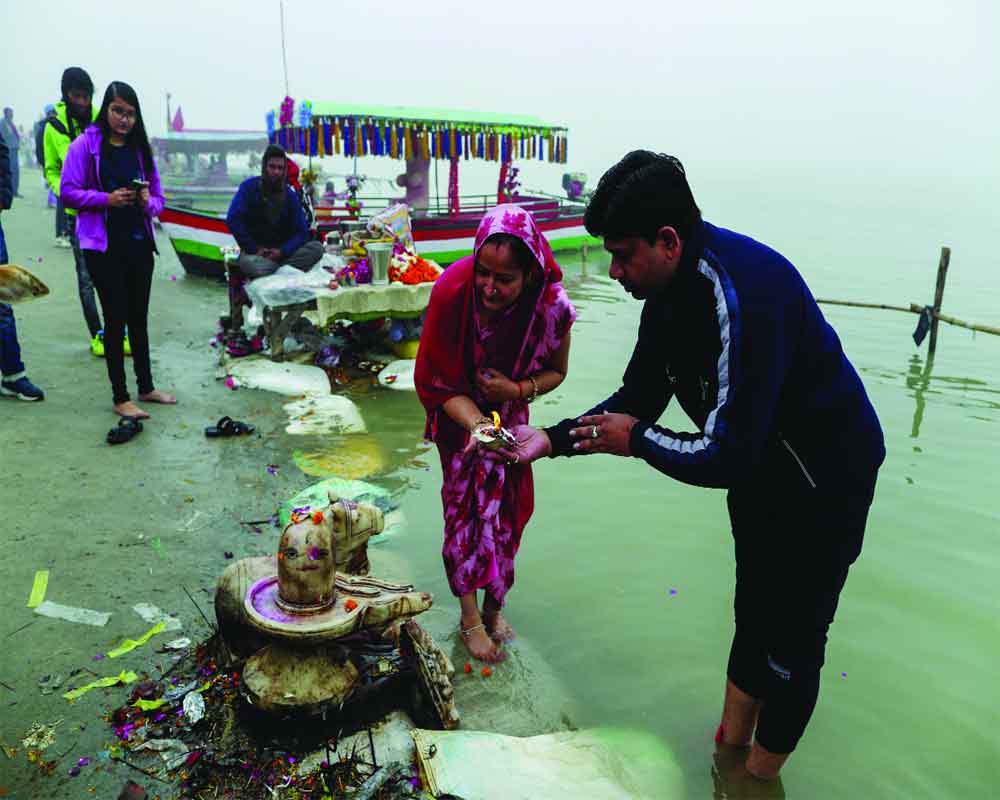 The BJP, which took birth as a Hindu nationalist party, consolidated the socially heterogeneous OBC as a political entity at the national level and gradually it became the backbone of its Hindu vote. Therefore, if there is any truth in the speculation that the OBC voters have lost trust in the BJP, it certainly is the obituary for the party in UP. However, no matter how strong is the speculation, it is too early to say how the defection by a few disgruntled OBC leaders will translate into the exodus of OBC vote from the BJP as long as Modi, a backward Hindu leader, retains his charisma

Caste is in the DNA of Indian democratic politics and the influence of an assorted group of politically awakened castes within the Scheduled Caste and the Other Backward Class (OBC) brackets is profound in determining election results. Therefore, any change in the caste equation sets off a chain reaction by political parties. Uttar Pradesh is witnessing a similar political upheaval triggered by the defection of OBC Ministers and leaders from the Yogi Adityanath Cabinet and the BJP. It has ensued into an avalanche of political manoeuvring by the BJP and other Opposition parties since the OBC vote matters to all parties as the group constitutes a little over one-third of the total vote. Moreover, the rebellion led to the speculation in certain quarters — a section of media and political observers — that the OBC leaders’ exodus portends the end of the BJP rule in UP.

The speculation has been fed by the perception about the ill-treatment of the OBC Ministers who claim to be the sole representative of their castes. If the assertion is given any credence, these OBC leaders found the Yogi Government a stumbling block in realising their “personal” and political aspirations. But this is not surprising. The BJP is perhaps the only party in India where leaders don’t grow bigger than the party or the Government. Moreover, no other leaders are allowed to have a unbridled sway under the regime of Narendra Modi at the Centre and Yogi in UP. However, if one examines the policy decisions and the Government outreach, there is no evidence of discrimination against the OBC or any castes in this group.

The second reason for the exodus too points towards the perception that the “Kshatriya” Chief Minister may not be able to retain majority in the forthcoming election as he has been unable to even retain the confidence of non-Kshatriya upper caste voters. And it resulted into a storm of exodus by political “weather scientists” who invariably grab any opportunity to ride the changing wave. Swami Prasad Maurya is one of such proud weather scientists. He is a self-proclaimed clairvoyant who sees his political future will be secured in shifting loyalty to the Samajwadi Party (SP).

However, even if the defections are about political opportunism, it doesn’t augur well for the BJP, particularly Yogi, as it sends out a hapless signal to the voters about the breaking up of the Hindu vote, mostly comprising the OBC besides a section of upper castes and SCs. The speculation also takes a dim view of the sincerity of the “sabka saath” sankalp of Modi’s BJP.

The third reason again is the perception about SP chief Akhilesh Yadav emerging as a formidable challenge against the BJP from the Opposition camp, which has no other serious player as the Congress, despite gaining some lost ground under the stewardship of Priyaka Gandhi Vadra, is unable to shed its image as a spent force. And the Bahujan Samaj Party (BSP) is no longer in the reckoning.

Also as it is a general understanding among the parties that no single party has the wherewithal to give a successful challenge to the BJP, the defectors are pinning all their hopes on Akhilesh who seems to fit the bill. However, the divided Opposition, with some trying to revive the UPA and others the Third Front, doesn’t arm Akhilesh sufficiently against the might of the BJP despite the latter struggling to do some damage control after the exodus of OBC leaders.

The centrality of the OBC in electoral politics is undisputed but caste equations even within the group in UP is very intricate. The post-Mandal era has seen the meteoric rise in the electoral prospects of the OBC politics, but these parties have been confined to regional pockets. The OBC vote has been sliced by smaller single-caste based parties in UP, like those of OP Rajbhar and Anupriya Patel in their area of influence. While the SP does Yadav-led OBC politics retaining the Muslim vote, the BSP has Jatavs at its base. This is because unlike Muslims and SCs, the OBC is not that homogenous political entity. Caste leaders are, therefore, subsets of that the universal OBC category. As the regional “secular” parties could not capture the whole of the OBC vote they compensate the loss by luring the expedient Muslim vote. However, the BJP, which took birth as a Hindu nationalist party, consolidated the socially heterogeneous OBC as a political entity at the national level and gradually it became the backbone of its Hindu vote. And that is why the BJP despite doing the Hindu nationalist politics which seemingly stands in contrast to caste politics tries to consolidate the OBC vote — the core of the Hindu vote — and tries to fulfill their aspirations.

Therefore, if there is any truth in the speculation that the OBC voters have lost trust in the BJP, it certainly is the obituary for the party in UP. However, no matter how strong is the speculation, it is too early to say how the defection by a few disgruntled OBC leaders will translate into  the exodus of OBC vote from the BJP. It is also interesting to note that these leaders have accused the Yogi Government of ignoring the aspiration of not only the OBC but also the youth, farmers and traders. Though in the electoral politics, the social truth is nothing but perception among the masses that shapes their preferences at polling booths, to gauge public perception is not a cakewalk. Perceptions keep on changing in the event of competing narratives, and one should not forget that the BJP tops the art of weaving narratives.

Moreover, the electoral outcome of the changing circumstances in UP will depend on how the SCs and Muslims take the bait offered by other parties.  As for Muslims, their vote is almost certain to go to any promising party or candidate that is the main contender against the BJP. If the whole of Muslim vote is not collected by a party that also grabs the OBC vote, the Muslim vote loses its strength to influence election results. That is the trickiest part of managing the Muslim vote when there are many so-called secular parties in the fray. And this is an area of concern for Akhilesh.

Second, there is no certainty if the exodus of OBC leaders will translate into the exodus of OBC votes from the BJP because, first some OBC leaders are infamous for shifting loyalty at the time of election after enjoying their stint in Government for almost full term. Also the exodus of leaders doesn’t always predict a loss. We have an example in West Bengal. The media speculation of the BJP gaining ground had triggered a similar exodus by TMC leaders, but the election results proved all wrong.

During the last five years of the Yogi rule, the public perception is that Maurya has retained his influence on the OBC in the eastern UP, but that part of Uttar Pradesh has the constituency of Prime Minister Narendra Modi whose charisma has not faded particularly after delivering the Ayodhya pledge. Also the claim that Maurya is the undisputed OBC leader in the region was shattered when Maurya could not help his son win Assembly election in 2017 despite a clear BJP wave. But at the same time, the fact is history and till the BJP weaves a narrative with these facts to mould a perception that these OBC leaders quit the BJP not for the cause of their community but for their own interests, the loss for the BJP is certain.

While political pundits predict the outcome, they will be left with egg on their faces if they discount the possibility of the BJP capitalising on the Modi magic. Interestingly neither the BJP Government in UP or at the Centre has taken any policy decision which ignores the aspiration of the OBC. Instead the recent decision of the Centre to extend the OBC quota in the all-India category of the NEET is an example which the BJP can employ to weave a pro-OBC narrative.

As the Covid third wave is about to peak, the possibility of the Election Commission allowing physical election rallies is high, and then all eyes will be on Modi. Wait till the polling day before predicting any election outcome as nothing is impossible in politics.