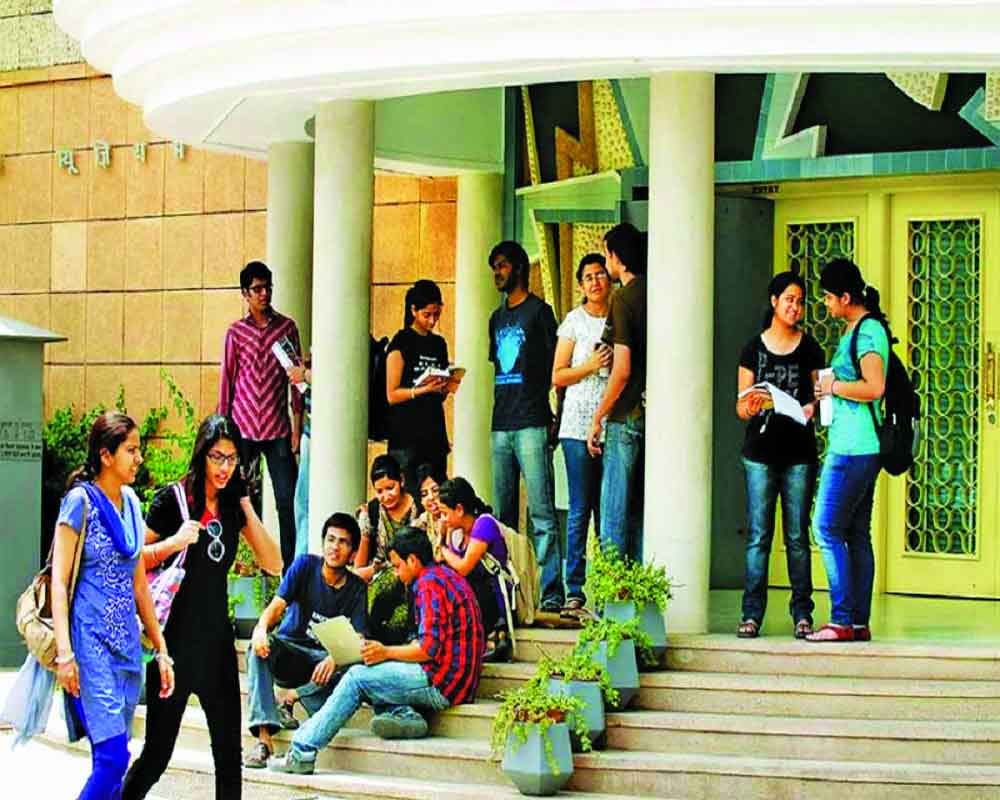 In ancient India Guru was divine and  education a  pious profession. We must inculcate that culture to revamp our present education system

Some two decades ago, I was invited to deliver a keynote address at a UNESCO Conference attended by over 200 delegates from around 35 countries. I presented a picture of how India has progressed along in eradicating illiteracy and enhancing its literacy rate despite daunting challenges faced in terms of inadequate human and financial resources, social inhibitions, linguistic variations, diversities of varied kinds, and much more that lead to rather insurmountable impediments. The challenging circumstances required determined efforts to offer access to education to every child. The most critical consideration in assessing India's progress in education is a four-fold increase in its population. Despite it, India has moved upwards of the 18 percent literacy rate to around 80 percent at this stage. It is a global experience that as the literacy rate moves upward, extra efforts are needed to bring the remaining groups within the fold of education. India had already entered that phase over a decade ago. The post-independence journey in education has also confronted numerous social and cultural inhibitions, including serious reservations about achieving an attitudinal transformation that is best described in realizing the transition from 'why educate girls' to the universal demand for 'good quality education, coupled with appropriate skills in a good school'! For the educated young, it is competition all around and hence quality is the crucial requirement.

We have gone through serious futuristic initiatives aimed at quality enhancement, achieving excellence in learner attainments, vocationalization and skill orientation, assimilation of information and communication technology, and allied advancements. In that particular presentation, one also emphasized how moral, ethical, and humanistic values; as also the democratic and constitutional values were integrated into the process of teaching and learning. One gentleman insisted on making some observations based on his last couple of years in India, mostly with some voluntary organizations. He painted a picture of "darkness all around in Indian educational policies and initiatives", finally concluding that the Indian system of education is on the verge of collapse. He wanted me to elaborate on why it has not already collapsed! Though posed by a foreigner in a foreign land, such 'onslaughts' were not new for me.

Seasoned critics are indeed very helpful in generating fresh ideas for improvement and refinements in educational policies and programs. On that particular occasion, the core and kernel of my response were that India is now conscious of its inheritance of a great ancient tradition of knowledge quest, its utilization for the welfare of the people; and transfer to the generations ahead. And this tradition has shown the strength to withstand the worst of onslaught for thousands of years. Yes; it was bruised and weakened, but has never withered away. It places the learned, the wise, and the dispenser of knowledge on the highest pedestal in society. This tradition persists in the teaching community of India even today. The Guru is given the dignity of divinity. Guru - the dispenser of knowledge, wisdom, and values - shapes the society, and creates the future of the country.

Even in times of globalization, no one once appointed as a teacher could ignore the essence of the traditional expectations from him. That his life, conduct, and devotion to duty must be worth emulation. As teachers, they become part of a value system that exhorts them to perform with competence, and commitment. And therefore, my friend the Indian education system shall never collapse.

The plan for creating a transformed system of learning and teaching, acquiring skills and self-confidence in one's capacity to innovate, envision, and create has been before the nation for the last two years. Over the years my conviction that finally, it is the teacher that determines the extent of success or failure of any new policy initiative, no matter how brilliant and pragmatic it may be. India has around 96.8 Lakh school teachers, and 15 Lakh College and University teachers. This is the huge transformational force that - one is sure -would lead India to its destined place in the comity of nations.

I must concede that they are serious aberrations in role perception amongst teachers at each stage which are unacceptable and deserve to be remedied. Take the case of vacancies of teachers in schools and colleges. It is unthinkable and unacceptable in any educationally alert and active education system. We have schools without teachers, and central universities with more than half of their sanctioned academic posts remaining vacant, but the system works. It must be conceded that the public trust and faith in public-funded schools, colleges, and universities have suffered - exceptions apart - serious erosion of credibility. It would be unwise to attribute it to the huge expansion of several institutions at each stage which was necessary and inevitable.  It would reveal the astonishing levels of commitment and dedication of teachers working even under trying situations.

The master key to educational reorientation revolves around pragmatic comprehension of what MK Gandhi wrote after reading "Unto This Last": "A lawyer's work has the same value as the barber's, as all have the same right of earning their livelihood from work." Give the teacher of every stage due respect and dignity in dealing with him, let the bureaucracy treat teachers as VIPs, and one could guarantee visible enhancement in the work culture, and hence in learner attainments.