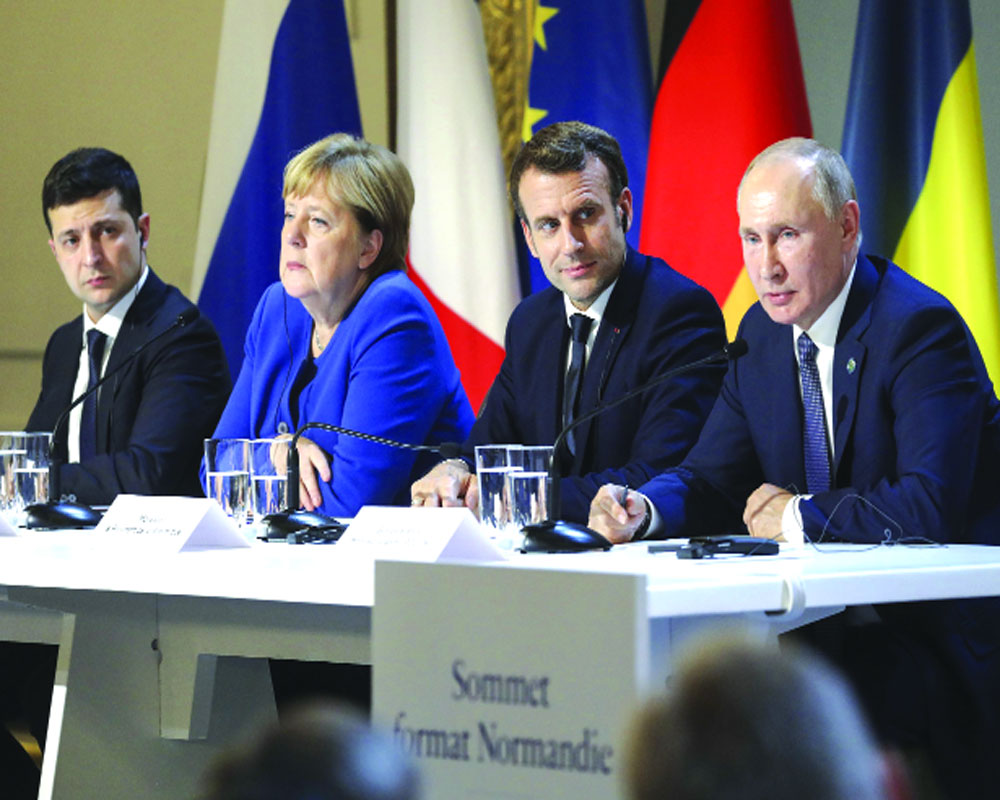 In the battle of the Vlads, one cannot miss the irony that Russia is saddled with the wrong Vlad. Zelenskyy, a stand-up comic by profession, has shown by example what true leadership means, something Putin despite his years in office has just not been able to replicate. One of the most significant lessons we learn as children is that all of our actions have consequences; a lesson that adults unfortunately tend to ignore. However, gravity has a strange way of bringing things down to earth, even egos; a fact that may now be dawning upon Putin.

The fact that morality matters little in politics or diplomacy is something we all take for granted until, of course, some cataclysmic event changes everything, leaving those on the wrong side of history scrabbling to recover from the aftermath of their decisions. The United States, for example, did not lose the wars in the battlefields of Vietnam, Iraq or Afghanistan, but at My Lai and the notorious prisons that it ran in Abu Ghraib and Guantanamo Bay, that left its moral compass in disarray and showed its hypocrisy.

We have just witnessed that defining moment in the Russo-Ukrainian conflict that is bound to leave Putin’s Russia morally decimated. However this story ends, clearly Putin has joined the likes of Hitler and Pol Pot. The killing fields of Bucha, Mariupol and Kramatorsk, despite egregious denials by Russia, along with the many more stories of horror that are bound to emerge, show the Russian military to be singularly bereft of honour, dignity or respect: The very ethos that militaries around the world focus, develop and pride themselves on.

Closer home, our venerable Defence Minister, in a recent address to party workers, stated: “India’s global image has changed under the leadership of Prime Minister Narendra Modi. All countries across the world now listen carefully when India speaks.” But that is to be expected when the world is interacting with leaders who represent nearly 1/6th of humanity. He was, of course, attempting to justify our even-handed approach to events in Europe. But the truth is that while our Government’s response to the outrage has been measured, it just does not go far enough. At the end of the day, history will note that when it mattered the most, our Government gave its tacit approval to a genocidal regime.

What that implies should not be difficult for our political leadership to comprehend, given that they still find themselves facing uncomfortable questions, be it about the anti-Sikh pogrom of 1984 or the Gujarat riots, despite the decades that have elapsed. There are many here who applaud the Government’s stand, especially its willingness to stand up to the Biden Administration. The bravery in air-conditioned conference halls is undoubtedly commendable, but the harsh fact is that it does little to make life easy for those who will face future Galwans in Ladakh or Arunachal.

We have witnessed the manner in which the vulnerabilities of Russian weapon systems have been exploited by Ukrainians with assistance from the US and its allies, leaving the Russians red-faced. It therefore stands to reason that a similar model would be of great relevance in our context in blunting Chinese offensive actions; that is, of course, if we have genuine interest in keeping our soldiers alive and not see them only as cannon fodder for our own bravado. It goes without saying that we have little choice but to take a fresh look at our military and implications on national security in the context of events in Europe. Despite Kargil, there appears to have been a growing belief within our political establishment, especially the current dispensation, that given nuclear deterrence, the military had increasingly lost its relevance as conventional wars were an anachronism.

Border policing was the extent of their requirement and the focus needed to be shifted to our Central Armed Police Forces, given their utility in containing all manner of domestic violence without raising hackles, especially among the international community. Clearly the most important lesson to have emerged from the war is the vital importance of trained, disciplined and motivated manpower. However, our Government, already on the back foot over its denial of Non Functional Financial Upgrade and OROP on completely specious grounds, has done itself no favour by banning recruitment and attempting to thrust the half-baked “Tour of Duty” concept down the throat of the military leadership.

Finally, the delay in appointing the Chief of Defence Staff to replace Late General Bipin Rawat suggests that the Government does not view unified military commands and the conduct of joint operations within the military as vitally important. Even more than the poor quality of Russian manpower, it has been their lack of unified command and control and conduct of operations by the separate services that have resulted in the disaster that they have faced on the battlefield. It is a lesson we can ignore only at our own peril.