Roping in radio to enhance immunity

Roping in radio to enhance immunity 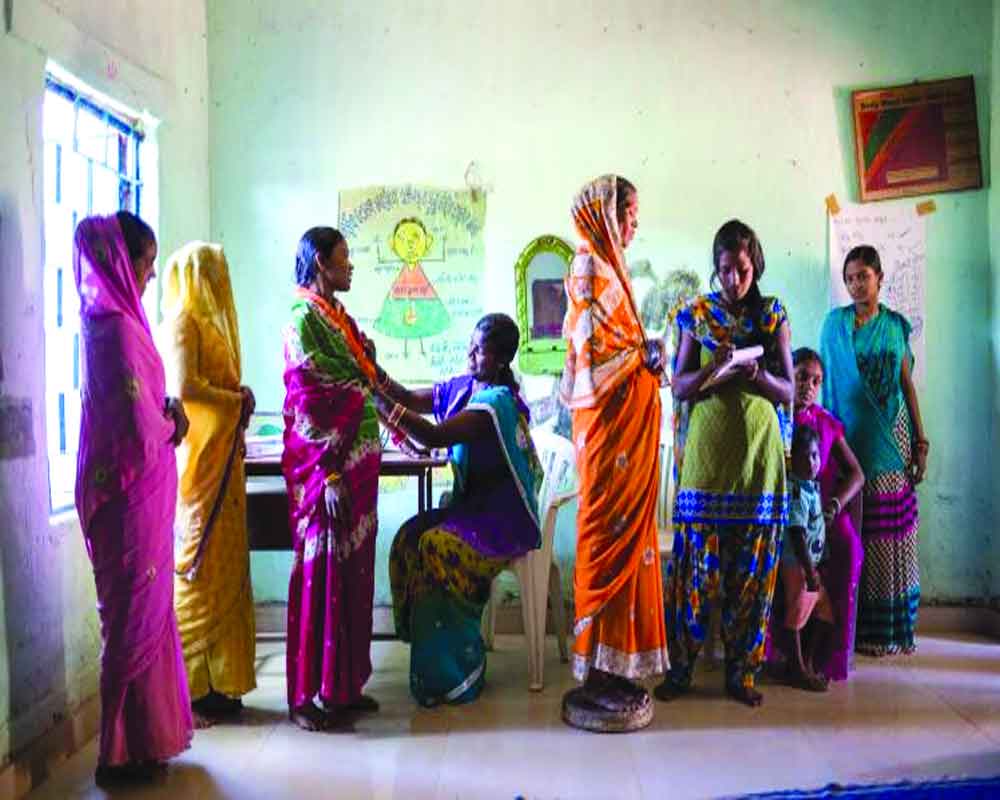 TV, smart phones and other devices may have already penetrated rural areas, but radio is still important there and accepted as an effective mode of communication

The greatest challenge faced by the Government during the three phases of COVID-19 was how to strengthen the immunity system of its citizens. The Ministry of AYUSH in collaboration with the Commonwealth Educational Media Centre for Asia (CEMCA) ran a campaign through Community Radio Stations (CRS) across India to create awareness and help improve the immunity of people through practising yoga, especially in rural areas. The Commonwealth of Learning (COL) was created by the Commonwealth Heads of Government in Vancouver, Canada, in 1987. The organisation was established to promote distance learning, use of information and communication technologies (ICTs) and strengthening cooperation in education among the member States. In 1994, the COL established CEMCA to cater to the needs of the Commonwealth countries in the Asian region for more effective utilisation of information communication technologies. CEMCA established its headquarters in New Delhi and the India notified it as a diplomatic mission.

Although television, smart phones and other devices have already penetrated rural areas, radio is still important there and is accepted as an effective mode of communication. The Government, different authorities and organisations make use of radio to communicate with people to spread awareness on health, natural disaster and agriculture. Community Radio Stations in India, predominantly in rural areas catering to needs of the grassroots, are a powerful and credible means of communication. The 300-plus community radio stations across the country played an important role to control COVID spread from 2019 to 2022 by creating awareness about the pandemic and helped the Government prevent its spread by establishing communication with Government agencies and people. CEMCA has been closely associated with all aspects of the development of community radio movement in India.

CEMCA helped in establishing community radio stations by formulating policies, doing advocacy, capacity building for community engagement and station management as well as local content creation. The Ministry of AYUSH initiated the Immunity Enhancement Campaign during COVID to create awareness and aid communities across the country, especially those in the rural areas where healthcare facilities are inadequate. CEMCA was engaged by the Ministry to organise and coordinate activities related to the Information, Education and Communication (IEC) through 170 Community Radio Stations across the country in July 2022 to commemorate the International Yoga Day and a project stretching over two months from December 10, 2021, to February 2022. The shortlisted community radios from five geographical zones — North (5), Central & East (6), West (5), South (5) and Northeast (4) — conducted detailed analyses. The main objectives of the campaign were to use the medium to reach out to the tribal and semi-urban, educate people about the alternative systems of medicine, promote the practice of home remedies for immunity enhancement and promote the AYUSH systems of medicine.

Community radio broadcasts were accompanied by a survey in two phases. The survey collected basic details of the respondents regarding immunity, healthcare and sought recommendations from the Ministry of AYUSH. All the inputs were collated and analysed. The research method used for collecting the data was community radio survey. Reports received from stations were consolidated and presented by the zonal coordinators. The demographic profile of the respondents was analysed with reference to gender, age, occupation, radio listening habits, means of accessing health-related content, ailment and chronic diseases, susceptibility to infection, diet and adoption of measures suggested in the programme.

The main findings indicated that men formed majority of the participants. Of them, the age groups of 21-30 and 31-40 formed the majority and senior citizens above 60 years comprised the minority. Most of the participants listened, read or watched health-related content through the means of different media such as radio, newspapers, television and social media. 90 per cent stated that they listened to radio and 82 per cent said that they listened to health-related programmes. Most of the women participants were either homemakers or self-employed. 55 per cent admitted that they suffered from one or the other kind of chronic diseases. Most participants preferred taking a balanced diet comprising green vegetables, nuts and fruits as a means to enhance their immunity. Only 35 per cent preferred the intake of vitamin supplements. 52 per cent admitted that they regularly engaged in physical activity. 24 per cent, that is one in four people, reported not having access to a public health centre.

The main takeaways indicated that majority of community members were not aware of AYUSH Ministry. They learnt about it through the community radio campaign. The respondents demanded for more such campaigns related to health and alternative methods of treatment. They felt that medical camps should be organised, especially in the rural areas. The strategic plans should be formulated and implemented concerning alternative methods of health sector on short-term and long-term basis.

(This article concludes the AYUSH series.)

(The author is the president, Community Radio Association of India. The views expressed are personal.)