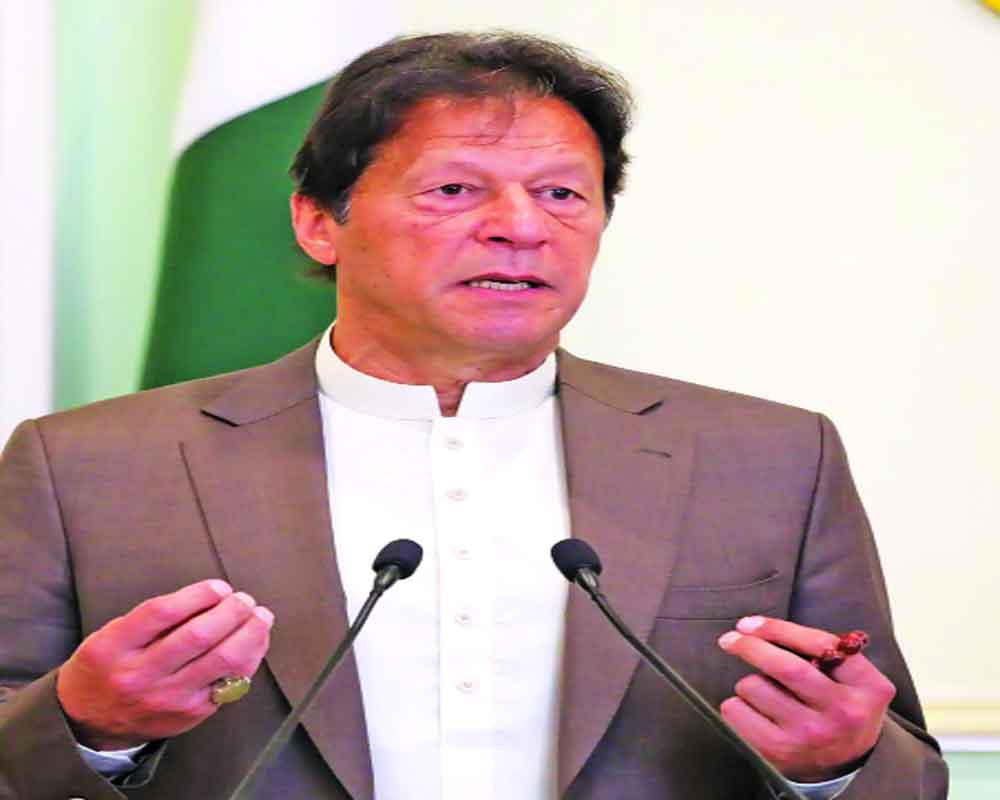 Going by his track record as cricket captain, the fighter that Imran Khan is not going to be cowed easily

The way ousted Pakistan Prime Minister Imran Khan is taking on the new Government and Pakistan Army, it is clear that he is in no mood to be subdued and is not bowing out of Pakistan's unstable politics.  He has become more aggressive after the Government slapped him with terrorism charges after he allegedly threatened the Islamabad police chief and a judge in his speech. He is accusing officials of delaying snap elections so that the successor of Pakistan Army Chief Gen Qamar Javed Bajwa can be chosen as per their desires. But since the present political dispensation and Army chief Gen Bajwa have made a common cause against him, it is very unlikely that his appeal for early elections would be heard. Bajwa is to retire in November. It is no secret that any civil Government in Pakistan needs to have the Army on its side and if that doesn't happen, the days of democratically elected Government are numbered.

Initially, Imran Khan was a blue-eyed boy of Army Generals and enjoyed a good rapport with Bajwa but they fell apart on the choice of the successor of Bajwa. He wanted to replace Lt Gen Faiz Hameed, the director-general of the Inter-Services Intelligence, Imran's favourite. Eventually, Bajwa removed Hameed and soon the two parted ways. It is not that Imran doesn't have support in the Army. He does and that is where his confidence comes from  but his open criticism of the Pakistan Army is doing him no good as he has questioned the credentials of top Generals. This means he would be having more enemies than friends in the Pakistan Army even after Bajwa's departure. The Generals are not going to like the insults heaped upon them; after all, the military has ruled Pakistan directly or by proxy since its birth. Imran Khan was removed from his post on April 10 this year. He maintains it was on the US behest, though his fallout with Bajwa is closer to the truth. But since then he has maintained pressure on Shehbaz Sharif's Government. But by roping in the Army into his tirade, Khan is walking a tightrope. He even went on to say that Sharif's Government wanted to avoid the ‘patriotic’ Army chief, the ultimate insult to any Army personnel. He is also doing some serious disservice to 'jhamooriyat' in his country by openly politicising the Army and involving them in the political process. But then that is how Pakistani politics has always been!