The religious economy: $40 billion and growing

The religious economy: $40 billion and growing 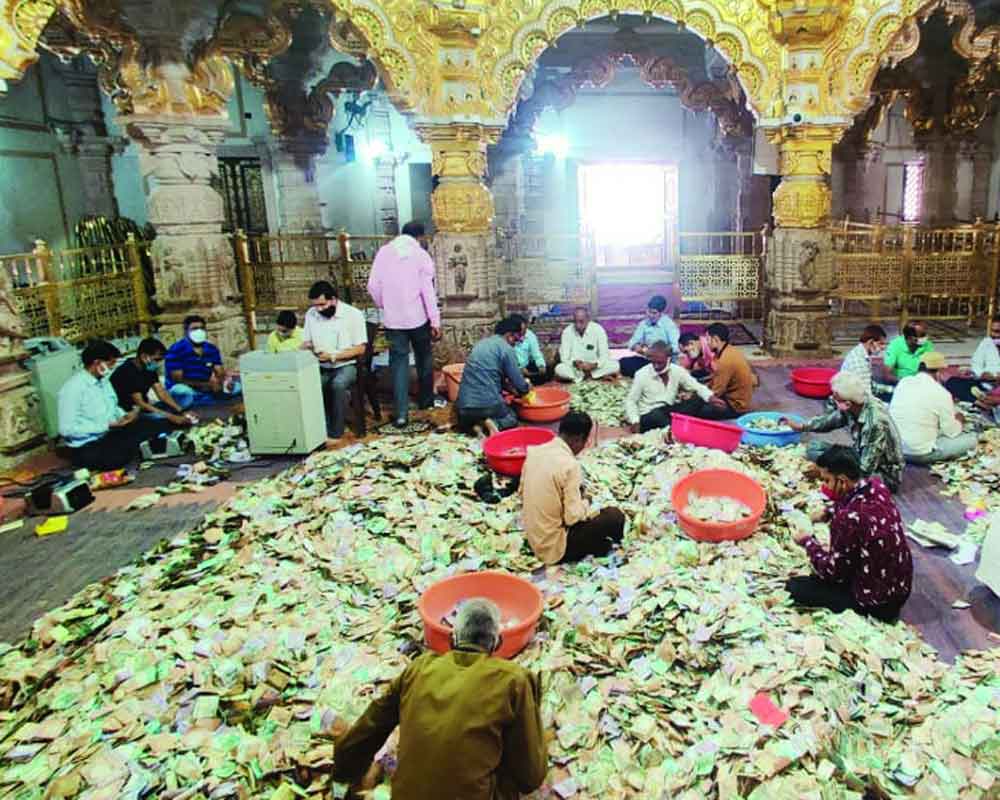 The temple economy is as large as the Indian budget and is sustaining the country. Its contours across religious denominations - Hindu, Muslim and Christians - are much wider than expected. It is changing the society and its financial parameters.

The NSSO survey estimates that temple economy is worth Rs 3.02 lakh crore  or about $40 billion and 2.32 percent of GDP. In reality it may be larger. It includes everything from flowers, oil, lamps, perfumes, bangles, sindur, images and puja dresses. It is driven by the vast majority of informal unprotected labour.

Donations for the Ram Temple in Ayodhya collected in 2021 is Rs 5450 crore, almost equal to Rs 5000-crore defence budget. It surpassed the collection in the first phase.

The Pew Global Attitude survey shows that more than 25 percent of Indians reported having become more religious over the past four-five years. Between 2007 and 2015, the share of respondents in India who perceived religion to be very important increased by 11 percent to 80 percent now.

Ram Mandir movement and the court verdict has been a game changer. It has poured in huge funding into a region that was one of the most backward. It boosted funding for mosques and Islamic shrines too. During pandemic the silent real estate boom took place in Ayodhya, Varanasi, Vindhyachal, Mirzapur and Mathura. Land prices soared in the most backward places. The premium on land is unprecedented.

Whether religious activities can sustain such places would be interesting to observe. The enthusiasm is high but would it surpass the next industrial revival?

The domestic religious tourism is surpassing the number of foreign visitors. Over 100 crore domestic visits to new destinations suggest there is churning beyond Delhi-Agra-Jaipur golden triangle.

Prime Minister Narendra Modi relaunched Varanasi corridor, Kedardham and Badridham. The government is renovating about 50 thousand temples in Jammu and Kashmir. No other prime minister made the visit to religious shrines an event.

The dargahs of Chisti, Aulia, Charar-e-Sharif, Jama masjid of Bhopal, Delhi and other shrines have large income in cash and kinds. Similarly various churches also have decent incomes. The movement for Ram temple in Ayodhya stated to have increased the incomes for most Hindu and Muslim shrines. The earnings of the Hindu temples are known to some extent but whether it is the Ajmer dargah or other Muslim shrines they are shy of telling the approximate figures.

The holy fund is changing the politics, hospital administration and even university portals and more. Dishing out degrees is not difficult and that becomes a money spinner.

During demonetization, some heads of mutts were in the news for their wide connections and effective delivery. Their services were not limited to India. They could deliver new currency notes with ease even in dollars to Dubai, Canada, England or other destinations at premium price. The hawala linkages help.

They are good at balance sheet manipulations Even scrapped notes were exchanged with élan. Yes, these are done to adjust the murky money.