The steel frame of cooperative federalism

The steel frame of cooperative federalism 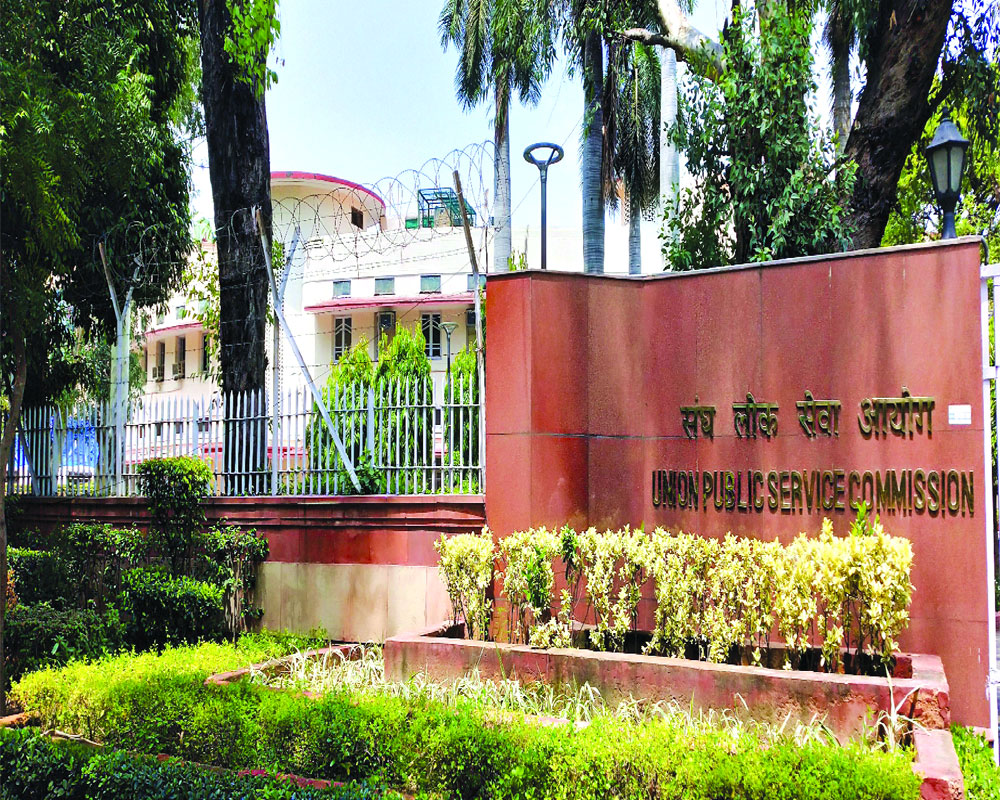 Consultation and consensus, and not unilateralism, must inform decision making

The phrase, 'minimum government, maximum governance', is obviously not making the desired impact for want of adequate senior officers at the Centre.  The move of the central government to make certain changes in the IAS (Cadre) Rules, 1954 aims to avail the services of IAS on deputation with the central government from the respective state cadres.  However, there is an avalanche of opposition from many states.

The argument of the State Governments is that an officer, whom the Central Government may choose to take out of a State without the agreement of the State Government under whom he/ she is serving, will stand released from his/ her current assignment forthwith.  Some non-NDA ruled states find "the revised amendment proposal more draconian than the former, against the basic structure of India's Constitutional scheme, destructive of nation's federal polity and apprehend that it will create 'fear psychosis', promote arbitrariness and would 'completely render' the officers and all State governments 'at the mercy of the Central Government".  There is lurking fear of immense potential for harassment and vendetta politics. Many retired civil servants have publicly forewarned about the adverse consequences and appealed for stalling the move.

The DoPT has denied that the Centre was trying to accord itself undue powers and clarified that the States have not been sending officers for central deputation as per fixed ratio. It has also been reiterated that officers would be posted on central deputation only in consultation with the States but also made it clear that 'Once the number of officers to come on deputation to the Centre is fixed after mutual consultation, the Central Government should have overriding powers to get those officers'.

But oft, between the precept and the practice, there falls the shadow. There have been instances when orders were issued by the Central Government without consulting the State Governments.  In June, 2001, Tamil Nadu police raided former chief minister M Karunanidhi's home and arrested him along with his DMK colleagues Murasoli Maran and T R Baalu, both then Ministers in NDA Government.  Piqued, the Central Government asked the State Government to send on central deputation the three IPS officers connected with the raids.  Jayalalithaa not only refused but also wrote to other Chief Ministers canvassing support to protect the rights of the States.

The plea of the Central Government is that a rising shortfall in civil servants deputed by State Governments to the Centre impelled the Centre to amend deputation rules to give itself power to transfer officers without the consent of States.  According to regulations, the States must earmark 40 per cent of senior posts in every cadre to meet central requirements, but there is a CDR shortfall across States ranging between 61 to 95 percent. There is particularly shortage for joint secretaries, directors and deputy secretaries.   Also, there is  shortage of IPS officers with the Central Government.  A year ago, Home Secretary wrote to Chief Secretaries reminding of insufficient nominations of IPS officers to fill up vacant central police posts.  The Centre maintains that the actual number of officers to be deputed will be decided only after due consultation with the State Government, even after the amendment to the AIS rules.

Officers of AIS-an Act of Parliament enacted in 1952- are recruited by the UPSC and placed in various State cadres. They are expected to serve both the Central and State Government (home cadre) in various stints being the 'shared asset' of both the Union and the States.  However, if the officers are taken away on central deputation without prior consultation with the State Government and without ascertaining the willingness of the officer concerned, the Central Government may take away-the States fear- a star performer or a bold and upright officer from the State abruptly.  Arbitrary central deputation is bound to disturb the planning and developmental work of the States and affect the service morale.  Upright officers too, as evident from some instances cited, could be subjected to punitive central posting if their action ruffles political feathers.  On the contrary, it's also a fact that generally IAS and IPS officers do not prefer to go on central deputation to below Joint Secretary level posts as they do not get those coveted facilities which they get as DM or SP.  But certainly, there is an imperative need to bring middle level officers on central deputation under a standing consultative machinery.  To quote Sardar Patel, what he said in 1948, an 'all India service[....] must remain  above party  and we should ensure that  political considerations either in its discipline or in its control are reduced to the minimum, if not eliminated altogether'.  He had famously referred to the civil servants as the 'steel frame of India'.  Given the evolving nature of electoral politics which tends to turn arbitrary, and at a time vindictive, vile or petty, 'the steel frame' must be preserved in its pristine purity.   The agreed formula of CDS must be implemented with due consultation with the stakeholders so that AIS officers refrain from developing a provincial or feudal mindset and broaden their perspective by serving, in their different stints, both the Union and the States, being the shared assets of the nation.   Consultation and consensus, and not unilateralism, must inform decision making, being the bedrock of our cooperative federalism.

(The writer is former Additional Secretary, Lok Sabha and a member of Delhi Bar Council.  The views expressed are personal.)