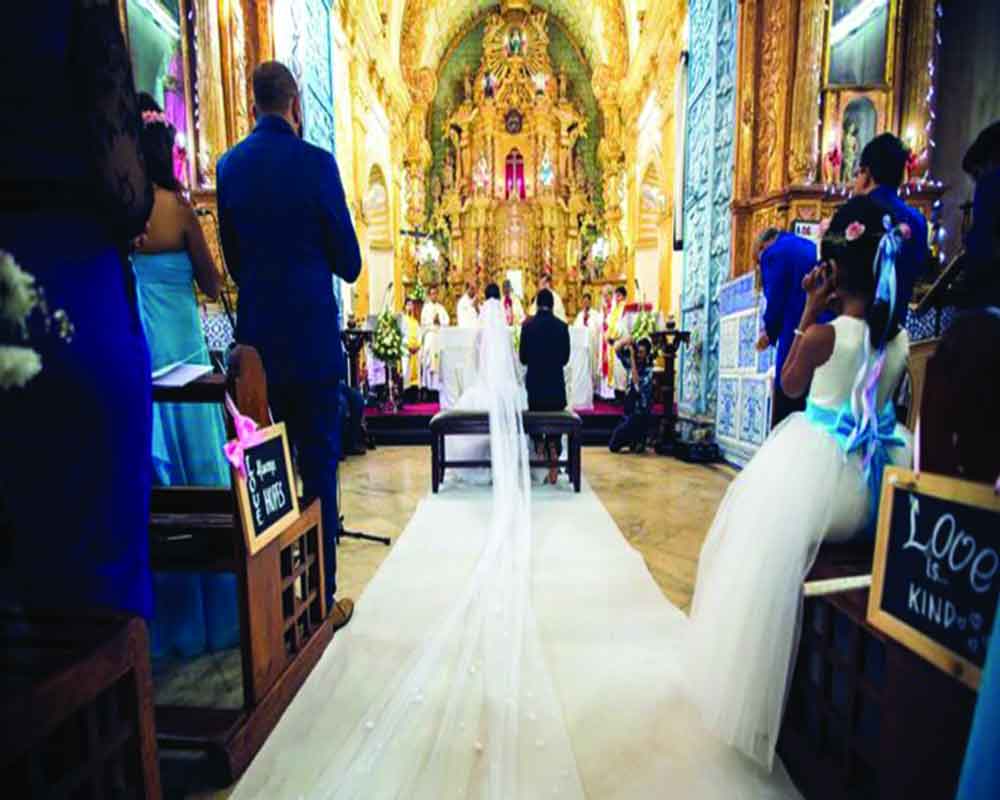 Though not strictly Uniform Civil Code, the Goa Civil Code is a progressive law that allows equal division of income and property between spouses

Goa is the only State in India that has Uniform Civil Code regardless of religion, gender or caste. It has a common family law, which means people of all religions are bound by the same laws. When it became a Union Territory in 1961, Parliament authorised the Portuguese Civil Code, 1867, to Goa which can be amended and repealed by the competent legislature.

In Goa, a marriage is a contract between two people of different genders with the purpose of living together and constituting a legitimate family, which is registered with a civil registrar. The rules and regulations have to be followed by the parties before they can begin their married life. However, certain categories of people are prohibited from marriage, for example, any spouse convicted of committing or abetting the murder of her/his spouse.

This is an exception as no other State has adopted a common civil code. The Uniform Civil Code in Goa is a progressive law that allows equal division of income and property, regardless of the gender between the husband and wife and also between children. Every birth, death and marriage has to be compulsorily registered. For divorce, there are severe provisions. Muslims that have their marriages registered in Goa cannot take more than one wife or divorce her by pronouncing “talaq” thrice. During the course of marriage, all the property and wealth owned or acquired by each spouse is commonly held by the couple. In case of a divorce, each spouse is entitled to half the share of the property and, if one dies, the ownership over half of the property is retained by the other.

According to the Uniform Civil Code, even if the children (both male and female) have got married and left the house, the other half has to be divided equally among them. Thus, the parents cannot disinherit the children totally as they can dispose of only half of the property in a will and the rest has to be compulsorily and equally shared amongst the children.

The civil code was retained in Goa after its merger with the Indian Union in 1961, although in Portugal the original Code was replaced by the new Portuguese Civil Code of 1966. In 1981, the Government of India appointed a Personal Law Committee to determine if the non-uniform laws of the Union could be extended to Goa. The Goa Muslim Shariah Organisation supported the move but it was met with stiff resistance from the Muslim Youth Welfare Association and the Goa Muslim Women’s Associations.

There are some significant ways in which the Goa Civil Code is different from other Indian laws. A married couple jointly holds the ownership of all the assets owned (before the marriage) or acquired (after the marriage) by each spouse. In case of a divorce, each spouse is entitled to a half share of the assets. However, the law also allows ante-nuptial agreements, which may state a different division of assets in case of a divorce. These agreements also allow the spouses to hold the assets acquired before marriage separately. Such agreements cannot be changed or revoked. A married person cannot sell their property without the consent of his/her spouse. The parents cannot disinherit their children entirely. At least half of their property has to be passed on to the children compulsorily. This inherited property must be shared equally among the children. Muslim men, who have their marriages registered in Goa, cannot practice polygamy. Also, there is no provision for a verbal divorce.

The Goa Civil Code is not strictly a Uniform Civil Code as it has specific provisions for certain communities. For example, Hindu men have the right to bigamy under specific circumstances mentioned in Codes of Usages and Customs of Gentile Hindus of Goa (if the wife fails to deliver a child by the age of 25, or if she fails to deliver a male child by the age of 30). For other communities, the law prohibits bigamy.

Roman Catholics can solemnise their marriage in church after obtaining a No-Objection Certificate from the civil registrar. For others, only a civil registration of the marriage is accepted as a proof of marriage. Catholics marrying in the church are excluded from divorce provisions under the civil law. For Hindus, divorce is permitted only on the grounds of adultery by the wife. The law has inequalities in case of adopted and illegitimate children.