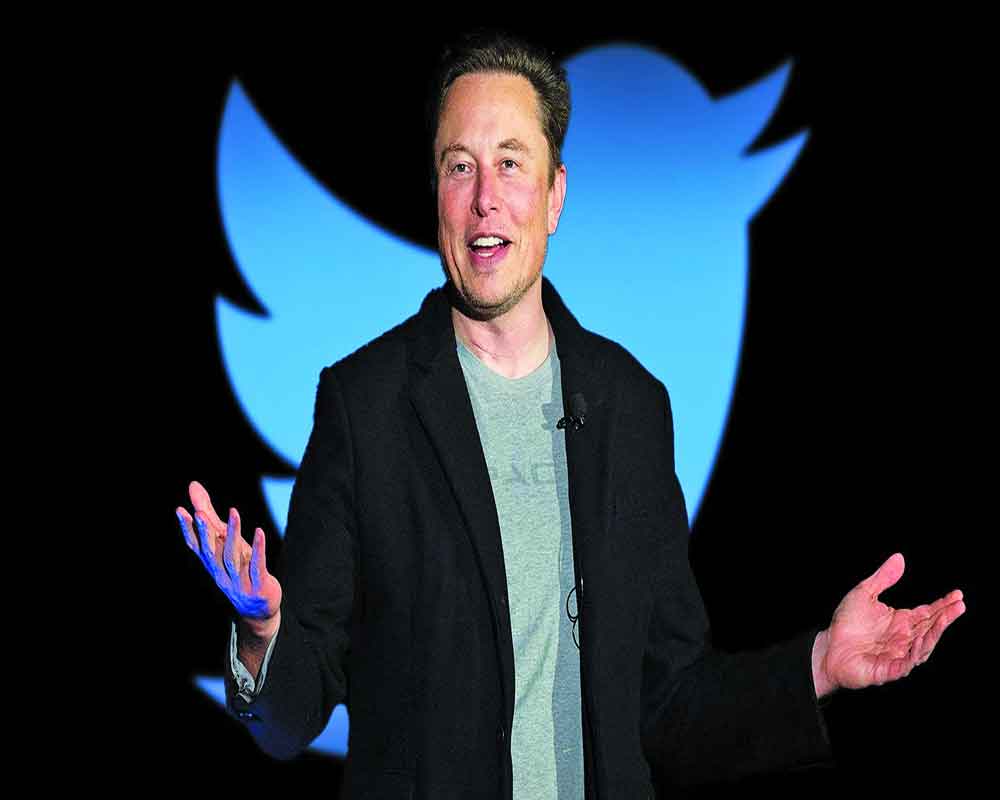 Musk will be the star in the history of social media platforms, especially in moments of change

What started as a data-heavy world wide web is no more just about the internet and data. Since Twitter’s launch in 2006, social media platforms have been on a roller-coaster ride.

No more sense is palpable in data content and how much it is. Instead, the focus is on privacy and security shackles entangled in data transmission. It is the Web3 era where the fundamental right of equality also has a digital interpretation. Users on the internet seek democracy in the digital world with their share of rights and duties.

While content and publishing were the triggers for a long time, the platform’s health and hygiene are much more critical than any other aspect. Today, it is more about building sustainable digital and social media platforms than the age-old aggression-driven conversation platforms. While excitement and real-time content pull from the users still prevail, the time now is for social media barons to pause and look at the NexGen Social Verse.

A scrutiny of the rules for social media players reveals a great deal. Social media episodes are presently rife with controversies, harassment, fake information, privacy attacks, and other disturbing trends. This infiltration of the mischief-oriented environment has led to an excessive loss of trust by users from diverse platforms. It is time that the backend innovators restore this trust by bringing in content moderation and AI-driven default rules that debar users from crossing the line.

Given that what’s visible on the platform defines the level and quality of the information being perused, whether or not it’s used, platforms must consider all possible solutions to flush out junk, spam, bots, and other secondary data points. This will keep the focus on first-hand data, which can lead to impressive engagement levels for users and advertisers to rely on and spend more time on the platform.

Platforms now need to move towards more innovation-driven monetisation models, which are economically more viable than the current ones. Elon Musk’s announcement addressing a new high for advertising on Twitter is an effort in the right direction to monetise better. Setting standards being his goal, he says: “Twitter aspires to be the most respected advertising platform in the world that strengthens your brand and grows your enterprise”.

While the bird app’s fall after a series of failures has been criticized worldwide, it must be appreciated that both Musk and Twitter have joined hands to take on the challenge ahead, which is a reboot of all operating mechanisms: from its workforce to policies, product environment, revenue models, and so on. Elon Musk will be the star in the history of social media platforms, especially in moments of change. His takeover of Twitter may prove to be one of the most important benchmarks for the social media champions of the future. Hence, it is befitting to embrace this

Musk’s competence for being an efficient change agent but not the right fit for leadership has been the topic of speculation. However, enough examples from the past prove that the owner-cum-CEO formats of running entities are barely successful.

Notwithstanding the constructive criticism that Musk has been facing for his failed leadership and unreliable management decisions, his ideas on the kind of innovation and change that would benefit Twitter have received support and appreciation. These innovative ideas can create a historical

transition point for the bird app if coupled with the appointment of inspired leadership officers.

Elon Musk is a lawyer’s nightmare is a proven fact. Tesla’s turning three legal heads within two years speaks volumes about Musk’s penchant for an experiment. Keeping aside Musk’s dramatic brushes with the law, it is relevant to look at how the legal battery was at work for Elon Musk to make the Twitter deal happen the way he wanted it and how he continues to grapple with the issues arising out of layoffs.

Then, in July 2022, Musk and his legal team got another jolt when Twitter sued him as he tried to escape the deal. He was pushed to adhere to the contract he had signed and follow through along with Twitter.

Musk was never short of options. While the Twitter Board struggled to stop the deal, Musk and his advisors always held the trump card. Upon the Board’s denial, Musk approached the shareholders. It made an offer sweet enough for the Board to consider it seriously in the interests of the shareholders, given that Musk had made it clear that if the Board denied it, he would strive to remain a shareholder with the power to harm the tank further. During this contentious period, Musk was engaged in arranging funds that he was short of.

Buyback, stock repurchase, and sale of assets are other powerful options that could have made Musk’s hostile bid less lucrative, ultimately dealing a death blow to the takeover.

After the bloodbath of strategies to take over the bird app, Elon Musk is not enjoying a beach side vacation. Having laid off nearly half of the company staff, he faces many challenges in turning a socially-free platform into a profitable one. But his taste for haste has not gone down well with critical stakeholders – advertisers, regulators, and of course, the tweeters.

Whether the feverish sale of each official blue tick at $8 or many other such tools in the making, Musk is all out to create cash-ringing models for the social media platform to register profits.

Regardless of the diatribe around the Twitter-Elon Musk saga, it’s time to look at essential numbers and stop relating everything to Musk’s takeover of Twitter. As per Sensor Tower’s data, during the days Musk announced his plan to terminate the agreement to buy Twitter amidst spambot and fake account debates, the mean average weekly advertising spending in the US had touched $945,800. Come September, this dropped to $944,200, when tensions were building up further over Twitter’s deposition in the lawsuit filed in Delaware Court of Chancery. Despite the looming law, the deal seal was expected to be postponed for a while.

By October, before the deal went through, the mean dropped to $877,200 and plunged to $589,100 a week after Musk’s takeover. Such figures beg further scrutiny.

As much as social media users may criticise the entire Twitter takeover, the sheer number of installs on App Store and Google Play Store is testimony to the world’s choice of Tweeting on the app. The 6.3 million worldwide installs through October 15-26 jumped to a staggering 7.6 million between October 27 and November 7, which is when the takeover saga started.

(The Author is an M&A Partner, JSA, Advocates & Solicitors)