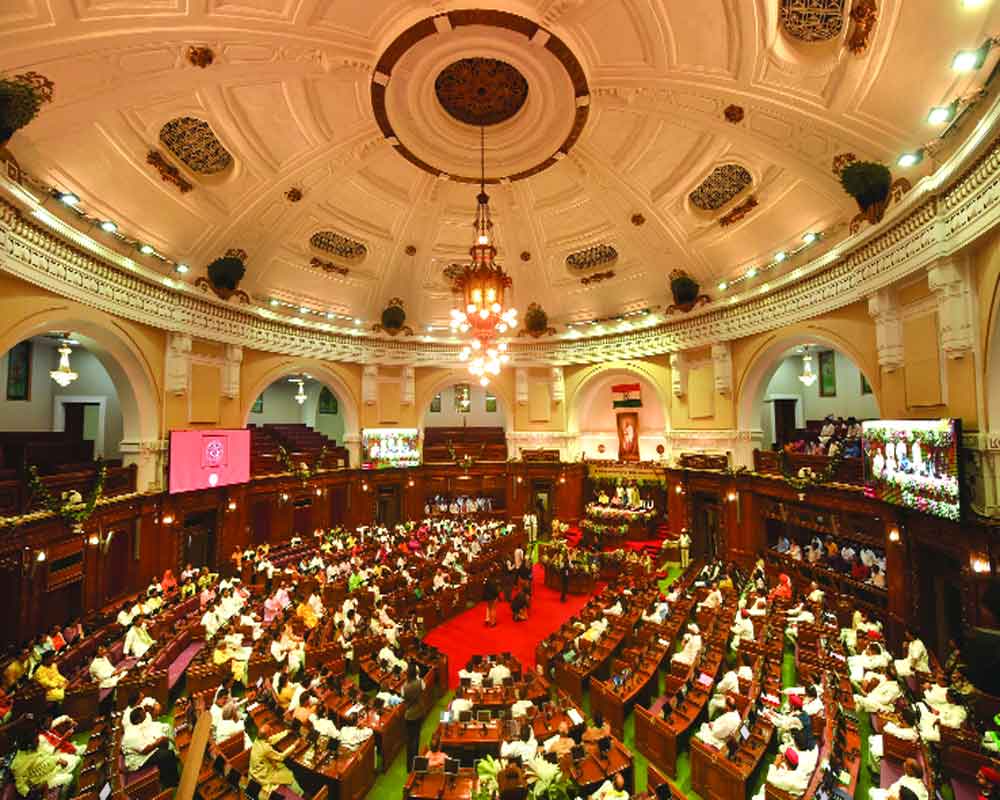 Looking at the past, it doesn’t seem probable but it is indeed an aspirational goal and would require a comprehensive action plan for all economic sectors

Uttar Pradesh has 16 percent of the population of India but contributes only 8 percent to its GDP. If UP was to be a country it would be the fifth largest country in the world. At the time of Independence, the per capita income of UP was the same as the national average but today it is less than 50 percent of the same at Rs 65,431 per annum. It is true that UP has become the third largest economy with the current GDP of around $220 billion (Rs 17 lakh crore) but in terms of per capita income it is second from the bottom.

Recently the UP Government has issued a tender for hiring a consultant to take the UP economy to $1 trillion by 2027. Looking at the past this does not seem very probable as it would involve the UP economy growing at a rate of more than 30 percent per annum. However, it is indeed an aspirational goal and would require a comprehensive action plan for all sectors of economy because what is required is not an incremental push but a quantum leap.

UP is primarily an agricultural economy with 25 percent of the GSDP coming from this sector which employees more than 65 percent of the population. This is one of the main reasons for the poverty in the State as large number of people are under employed or in a State of disguised unemployment and, hence, not contributing to the economic development of the state. UP has nine agro-climatic zones and each would require a separate strategy for deciding upon issues like cropping pattern and also on ways to improve the productivity to bring it above the national level.

There are huge regional imbalances with western UP being far ahead of eastern UP in terms of productivity and income of farmers. Similarly, Bundelkhand is a rain-fed area where most of the farmers only taking one crop in a year. However, the same Bundelkhand if provided with adequate drip and sprinkler irrigation facilities can become a hub for citrus fruits, vegetables, medicinal herbs. Moreover, the real problem is the fragmentation of holdings with average size of land holding being 0.80 hectare meaning that most of the farmers are small and marginal and this has a huge impact on their viability. They are often in urgent need of cash and dispose of the produce at low prices. Aggregation of farmers through farmer producer companies is the answer. Further, huge investment is required in development of cold chains and storages so that the farmers can store their produce and release them in the market at an appropriate time.

Animal husbandry is often a neglected sector but it has been my experience that this can significantly add to the income of the farmers. A mission should be launched to bring about a dairy revolution in the state with its entire complement of feed, fodder, medicines, artificial insemination, chilling plants and processing centers. Similarly, a neglected sector of UP is that of fisheries where the state has a potential of growing at more than 15 percent per annum and through this the farmers of UP can become agribusiness entrepreneurs.

MSME sector is next only to agriculture in terms of generating employment and this is a vital sector for the state of UP. A forward looking and dynamic MSME policy is required which provides credit, technology and market to the MSME sector. Often the governments focus only on bringing in new industry but the existing industries also need a supporting hand. A separate cell has to be created to cater to the problems of the micro sector which is more than 90 percent of the MSME. This sector is largely unorganized and needs an approach specifically suited to its needs. Noida is the industrial hub of UP but industries need to move to other regions of the state.

The textile and leather sector has a great potential for developing and also generating large scale employment. Noida can easily become a hub for the electronic industry. Lucknow, Prayagraj and several other tier II cities have great potential for development of the IT sector which will give a big push to the UP economy. Besides, the network of expressways the eastern freight corridor and Delhi Mumbai corridor can easily stimulate industrial development in large areas adjoining to them.

The game-changing sector is the agro-processing one. A very small percentage of agriculture produce is processed today. At every block level a center for the development of the food processing sector can easily be developed which will provide employment to rural youth near their homes and there would be little need for labor to migrate to other states. These centers can be developed as rural growth engines which will have a transformational impact on the economy.

The vital sectors for the development of UP are health and education. The Government will have to invest heavily in these sectors and also bring about improvement in the governance to make quality health care and education accessible to all.

A special mission for improvement in the learning competencies at the primary education level has to be given the highest priority and the gross enrolment rate in higher education increased to 50 percent. Special attention will have to be given to the recruitment of teachers, motivating them, holding them accountable and developing their capacities. The state requires many more medical colleges, nursing institutions and institutes of paramedics. District hospitals have to be converted into centers of excellence.

The energy sector in the state is in the need of large-scale reforms at the distribution level to cut down on line losses and eliminate power theft. Smart meters have to be introduced and many more power generating plants are required. Solar energy should remain a major area of focus.

UP needs more rapid urbanization and to make cities act as engines of growth innovative means of funding the creation of urban infrastructure is required. Urban governance and urban financing are two areas where a lot of specialization is required. Moreover, greater devolution of powers to the elected urban bodies is the need of the hour.

Above all the steps outlined UP requires a major governance overhaul. E-governance and M-governance have to brought in all the sectors. There has to be a result-oriented performance evaluation system for the officers. Monitoring of schemes and projects has to be vastly improved by use of technology. Time bound clearances and approvals to be implemented in all sectors. The transfer industry has to be abolished. Training and orientation of the officers must be ensured to build their capacity. Finally, for a large state like UP it is important to go in for a major governance reform of decentralisation and delegation of powers to the divisions and district as well as elected local bodies.

UP must move fast if India has to develop. The trillion-dollar economy may not be easy but a much higher than the national growth rate is essential to take the people of UP out of the poverty cycle and make UP one of the developed states of the Union.

(The writer is a former Chief Secretary, Government of Uttar Pradesh. The views expressed are personal.)