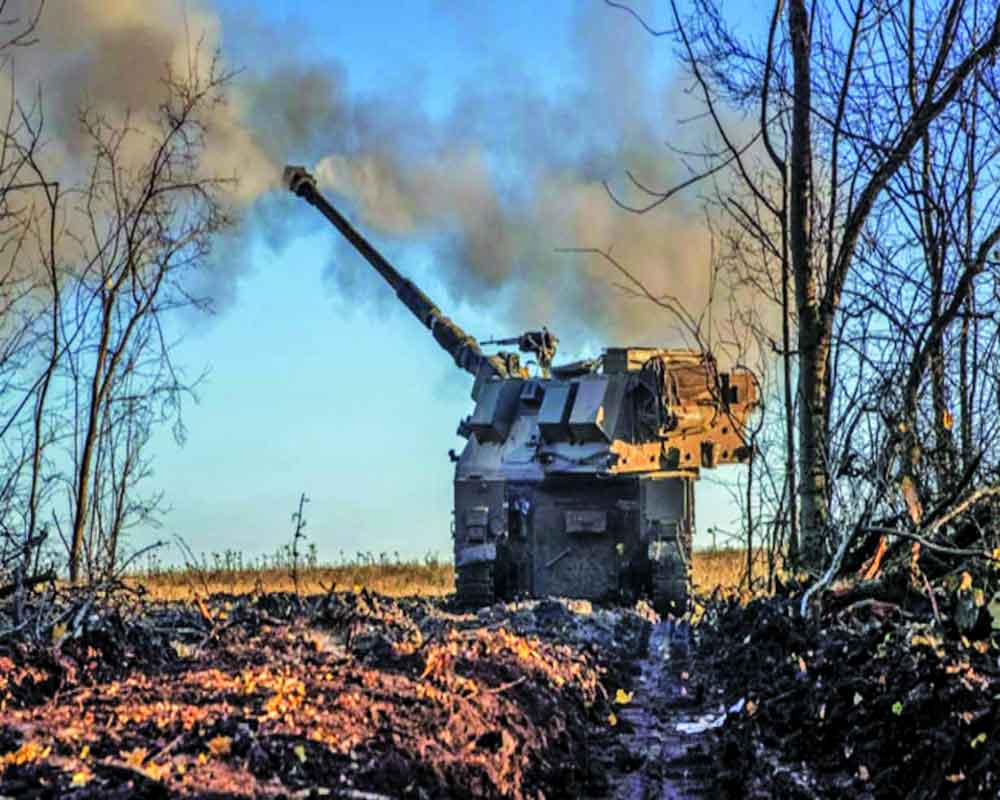 Against the background of the war in Ukraine, a new thriller containing international geo-political tensions and intrigue

A journalist can and often does become a person for all seasons: politician, diplomat, teacher, and of course a best-seller author of fact and fiction. Humphrey Hawksley — HH to some — is in that class. Besides he is a delightful person to know, a great raconteur.

What a cracker of a book- Ice Islands.

First, a disclaimer: Humphrey is a dear friend. But that notwithstanding, I have great respect for him as a reporter. His work as a BBC foreign correspondent has taken him all over the world with postings in Beijing, Hong Kong, Manila, Delhi, and Colombo. He has contributed to ABC, National Public Radio and other networks in the United States and global publication of his work includes the Financial Times, New York Times, Yale Global, Nikkei Asian Review, and others. So he’s no stranger to superpower rivalry, intrigue, and backstabbing – he’s reported on it extensively. Ice Islands may be fiction. But it has the hallmark of authenticity. The inside story of the Ukraine military campaign must have sub-plots inspired by his works.

Hawksley’s protagonist is the hard-as-nails Rake Ozenna who comes from the Alaskan island of Little Diomede right on America’s border with Russia. Little Diomede, I learnt, is a craggy, rough island with a population of around eighty Indigenous Alaskans living less than three miles across a narrow stretch of water from a Russian military base. Rake is a Major belonging to the Alaska National Guard. He is tasked with breaking into the Kato family, a Yakuza crime organization that is turning Japan against the United States. The weak link is Sara Kato, the family’s rejected daughter, whom Rake plans to turn into an informant. He is to approach her at a peace conference on the Finnish Aland Islands in the Baltic Sea. As Rake flies in, assassins murder a delegate who turns out to be the secret son of the Russian president. (We know this.) Sara is implicated. Rake is ordered to get Sara out and keep her safe. The action moves from the Baltic Sea through Washington D.C. to Hokkaido in northern Japan against a broader context of the unresolved dispute between Russia and Japan over the Kuril Islands or Northern Territories.

Sara is not the only female interest in the story: Rake’s old girlfriend, Carrie surfaces as the mental health therapist who analyses Sara (and Rake as well, much to his discomfiture). Rake’s boss Harry Lucas and his ex-wife Stephanie are also important arms of the plot, which has, as its subtext, an American President, John Freeman, who is at war with his executive. Rake has to navigate this maze, and take care of the charge under his protection, who is deeply conflicted – she has an elder brother whom she both adores and loathes. HH’s description of the murder of Sara’s twin brother Kazan – ritual murder carried out by the eldest, Michio, described in grisly detail, because Kazan is considered simply not ‘strong’ enough’ - sickens and revolts Sara. And yet, it is her family. Rake, himself from a dysfunctional family, empathizes.

Ice Islands is full of impressive technical detail which gives it the ring of authenticity. Rake favors a SIG Sauer P226pistol and a smaller 938. He also has a Beretta 92 semi-automatic. His calculations, as he weighs running a police check post with Sara beside him, is masterly tactics that only a trained soldier can appreciate.

I hesitate to say more, for I don’t want to reveal the twists and turns in the plot. Suffice it to say that Hawksley is well-equipped to describe international intrigue. His earlier book, Dragon Fire, paints a nuclear war scenario involving India, Pakistan, and China. In that story, a renegade unit of a Tibetan militia maintained by the Indian Government steals a couple of aircraft and attempts an audacious assault on Lhasa to rescue an imprisoned monk. Simultaneously, General Hamid Khan grabs power in Pakistan and wants to get extreme Islamists in Pakistan to shut up so that they allow him to modernise the country. In Man on Ice (2018), Ozenna helps thwart an attempted Russian invasion of the U.S. Three Russians try to kill Rake during a presentation he’s giving at a Washington, D.C., conference without success. Meanwhile, Carrie is in peril inside Russia, where she has traveled to meet her Vice-Admiral uncle, Artyom Semenov, a specialist in submarine technology. Semenov is hoping to use Carrie to transfer some highly classified state secrets to the West. The operation is botched amid indications that the British embassy in Moscow has been compromised, leading to frantic efforts on Carrie’s part to stay alive. Rake goes to her rescue.

Comparisons are odious. But you can spot Stieg Larsson here, with flashes of Robert Ludlum (who specializes in the central theme of anarchy and chaos), Lee Child of Jack Reacher fame, and also a bit of James Bond. But running through all that is a seam of philosophy and tenderness. He describes a relationship, is not quite extinguished: ‘He rested a hand on each knee, giving her a look which even now melted something deep and undefinable inside her. It wasn’t love. It wasn’t sexual attraction. It was something magazines would find a name for one day.

Read Ice Islands. It is ….satisfying.

(The writer, a retired Lt Gen, was Commander, IPKF South, Sri Lanka, and founder member of the Defence Planning Staff, currently the Integrated Defence Staff. The views expressed are personal)