Why men are more equal than women

Why men are more equal than women 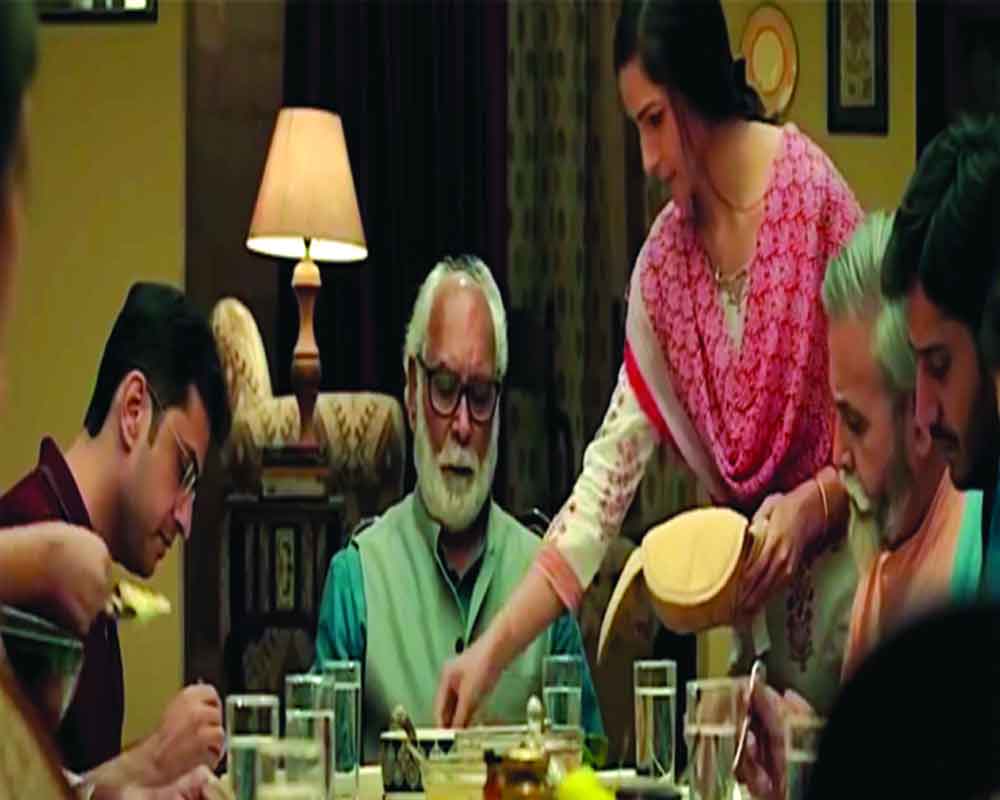 The iconic utterance by French writer Jean-Baptiste Alphonse Karr more than 150 years ago, “The more things change, the more they remain the same”, accurately sums up the current situation of women in India — a fact ratified by a Pew Research Center report last week, which focuses on social and demographic empirical research globally. As we celebrate Women’s Day, the report’s findings assume a stark significance as they suggest that ostensibly several changes may have taken place in the lives of Indian women but gendered realities continue to reflect the status quo. Predicated on face-to-face interviews of 29,999 adults aged 18 years and above, the survey was conducted between November 2019 and March 2020 in 17 languages. The respondents were selected to cover all religious groups and the data was weighed to align with the demographic benchmarks for the adult Indian population. Widely publicised as the Pew Center’s most comprehensive and in-depth assessment of public opinion in India, the report’s analysis of perceptions highlights the persistence of patriarchy in both work-related and domestic settings in the country.

The most obvious contradiction emerging from the report is that universally all adults, including men, averred that it is important for women to enjoy the same rights as men, and as many as eight out of 10 respondents stated that ensuring this equality is ‘very important’. Paradoxically, however, 87 per cent of the total respondents and, surprisingly, 80 per cent of the college-educated among them, also completely or mostly agreed with the premise that “a wife must always obey her husband”. What is even more noteworthy is that 61 per cent of female respondents concurred with the notion.

This trend of vocally supporting an overall egalitarian attitude towards gender equality but adhering to traditional gender roles in lived realities is seen in other spheres, too. For instance, most of the respondents asserted that both men and women should share family responsibilities but 62 per cent opined that child care is a woman’s domain, and 34 per cent felt that it was her exclusive responsibility. Similarly, 43 per cent of the adults said that only men should be breadwinners, implying that women ought to confine themselves to home. Compared to global trends, it was found that 40 per cent of Indians supported this dynamic of family life as compared with a corresponding global median of 23 per cent, indicating that Indians are likely to harbour more conservative gender notions than other peoples.

The most glaring example of patriarchal attitudes is reflected in the suggestion made by an overwhelming majority of the interviewees, at 94 per cent, that a family must have at least one son. The survey documents that four out of 10 Indians find it “completely or somewhat acceptable” to use modern medical methods to “balance the number of girls and boys”. This is absolutely in convergence with the widely prevalent custom of son preference in Indian households to the extent that it often leads to sex-selective abortions.

The issue of son preference has also been examined in detail by the India Human Development Survey (IHDS), a multi-topic longitudinal survey of over 41,000 households, by the National Council of Applied Economic Research (NCAER) in collaboration with the University of Maryland, in two rounds in 2004-05 and 2011-12. Since the IHDS contains several questions on families and gender relations, it offers clairvoyant results on various gender-based issues, including matrimonial practices in the community, fertility history, and quality of marital relationships between women and husbands. Interestingly, most of the women who expressed a preference for sons over daughters in the IHDS sample lacked access to both employment and empowerment. While one of the most prominent reasons for son preference, as per IHDS, was support in old age, the Pew survey also found that nearly two-thirds of Indians who want to have male offspring is because sons are primarily responsible for their parents’ last rites and rituals.

Another important gender-based outcome of the Pew report pertains to perceptions about labour force participation. Here too, the bias tilts in favour of men, with as many as 80 per cent of the respondents explicitly saying that “when there are not enough jobs, men should have more rights to get the jobs than women”. In this context, Indians had much more traditional views than their counterparts in North America, West Europe and Latin America. This attitude, combined with a decline in jobs, perhaps accounts for the lowest rates of female workforce participation in India, at 21 per cent versus the global median of 53 per cent. The IHDS also notes that even when employed, women consistently earn less than men in both agricultural wage work and salaried employment.

Although there are some variations in the results based on region and religion, the Pew report by and large raises several red flags on gender outcomes in India, especially because women seem equally complicit as men in their subjugation. It is amply clear that the road to gender equality is long and arduous, and this journey has to be traversed hand-in-hand by both men and women.

(The writer is the editor at the National Council of Applied Economic Research, NCAER. The views expressed are personal.)