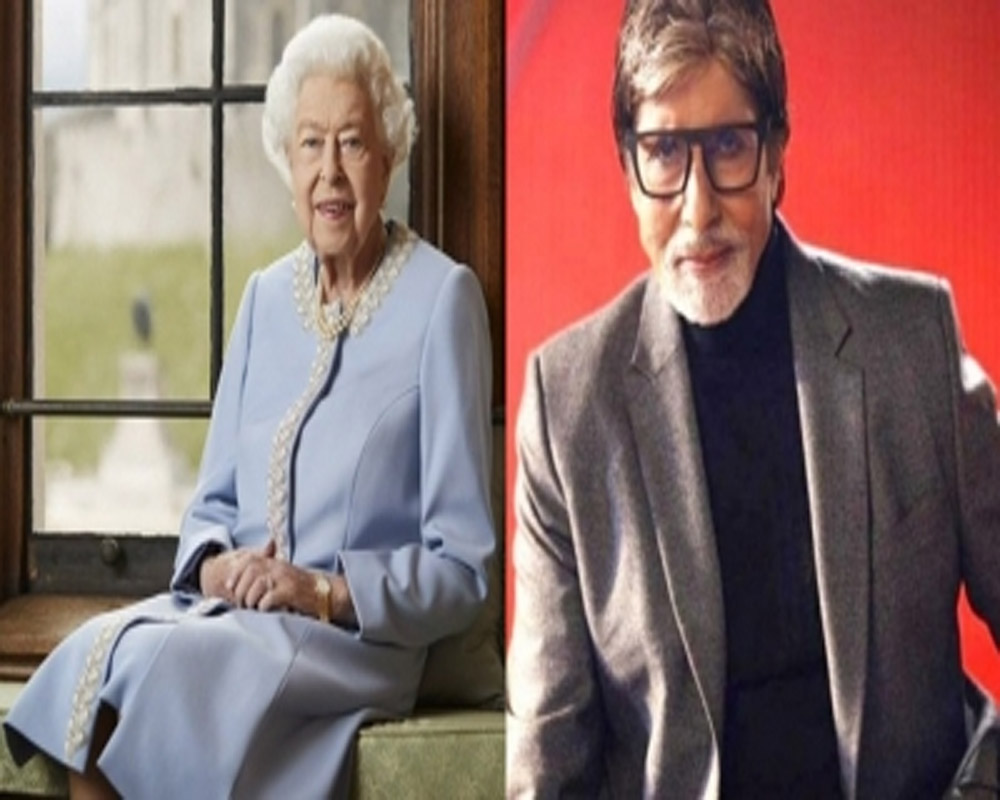 Megastar Amitabh Bachchan has paid his tribute to Britain's longest-reigning monarch, Queen Elizabeth II, who passed away on Thursday aged 96.

Amitabh took to his blog and wrote: ".. and as we live another day, the life of another has ended .. the Queen, has passed away .. the Queen of England .. and a host of moments and memories go along with her and her presence."

He recalled how his father and legendary poet Harivansh Rai Bachchan was in England when the Queen was crowned.

"Babuji was in England for his PhD, when she was crowned and the Coronation was the huge event of the moment in 1952 .. and the news and the books and the curios designed then were dutifully sent to me in Allahabad."

"Sets of make your own Coronation coach and the various monuments and the finery of a crowning in England were among us at 17, Clive Road, Allahabad and hours spent in building them and getting books and information presented in colourful books were our prized possession ...."

He added: "A private hand shake with her when she was a State Guest during my University days, to India and that exclusive moment at Rashtrapati Bhavan, among the four or five of us."

"The select group of invitees at Buckingham Palace during the time of Babuji's stay in Cambridge when at a private Tea he was called along with, other country guests .. the Indian Cricket team in particular - the likes of Vinoo Mankad, and Hazare and more .. and the signed autographs of them sent to us on the invitation card from the Palace .. now all lost or misplaced when we shifted from Allahabad to Delhi.

"The letters the books and objects of remembrance all lost .. pity .. because the idea of documentation or of reserve and storage in collectibles was never a consideration .. .. now as you look back .. the regret and remorse .."