Hardik Pandya says his name "always sells, no problem with it"

Hardik Pandya says his name "always sells, no problem with it" 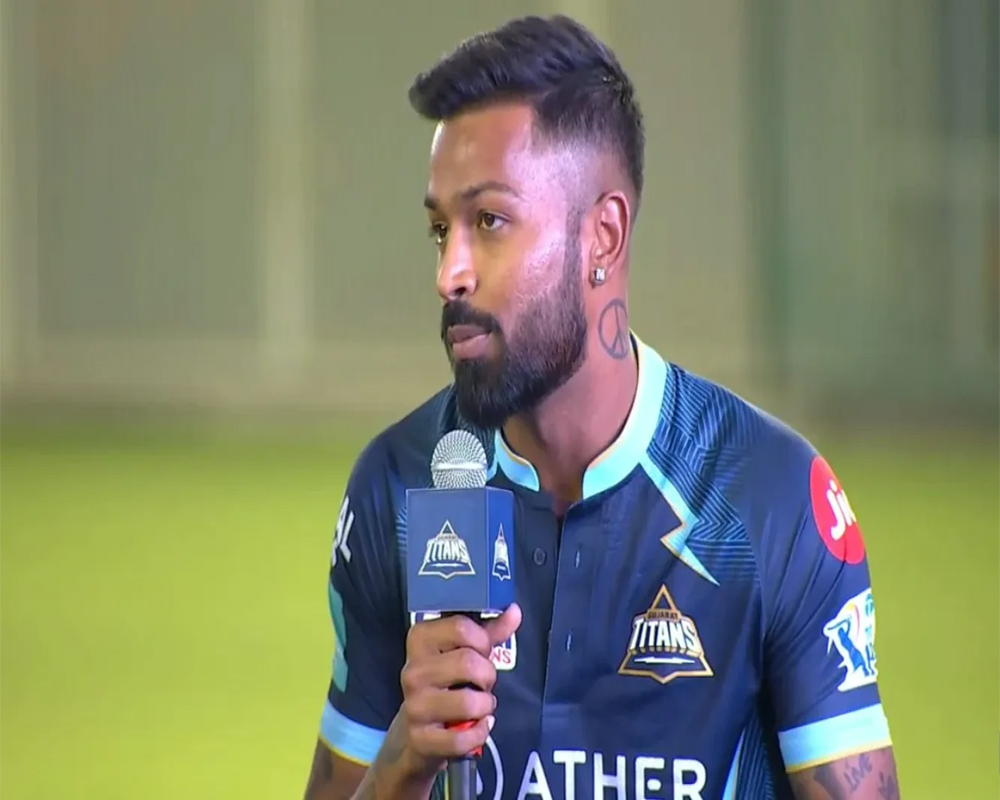 In his short international career, Hardik Pandya has seen it all -- highs and lows, injuries, surgery, being embroiled in controversies -- but he says he faces them with a smiling face.

Putting behind all these, Pandya has shone not just as an all-rounder but as a leader, taking an under-rated Gujarat Titans to the final in a dream IPL debut season.

"People always talk, that's their job. I can't help," Pandya said in a virtual media interaction after leading the Titans to a seven-wicket win over Rajasthan Royals on Tuesday night to seal a final berth.

"The name 'Hardik Pandya' always sells. I've no problem with it, I just take it easy with a smiling face."

After making his international debut in 2016 following his success with Mumbai Indians, expectations skyrocketed with Pandya as he was compared with the legendary World Cup-winning India skipper Kapil Dev.

In 2019, Pandya was suspended for his loose talk on women on 'Koffee with Karan'. He later apologised to the inquiry committee of the BCCI.

The 28-year-old star all-rounder made his last appearance for India against Namibia in the T20 World Cup in Dubai on November 8 and then struggled to manage his bowling workload post his back surgery.

Released by Mumbai Indians, Hardik was picked by Gujarat's for Rs 15 crore ahead of this IPL season.

Questions were raised when he was handed captaincy for a team making its debut, but Pandya has delivered, be it with the bat, ball or in his 'Captain Cool' demeanour, much like his mentor MS Dhoni.

"Obviously Mahi bhai has played a big role in my life. He's a dear brother, a dear friend, and family to me," Pandya said.

"...I've learnt a lot of good things from him. For me, it was more about being individually strong which I'm really proud of myself as well how I was able to manage all the parts."

Mostly coming at number four, Pandya is at the fifth spot in the chart for most prolific batters this season, with 453 runs at a 45-plus average and a healthy strike rate of 132.84.

Pandya has also come handy with the ball, giving crucial breakthroughs for his team. He has bowled 26.3 overs so far and taken five wickets with an economy of 7.73.

"Before the captaincy as well, I always made sure that I approached all the situations in a cool-headed way. Generally, you make better decisions that way," he said about his recipe for success in this IPL.

"For me in my life, and in my cricketing journey, it was important to give that 10-second extra rather than rushing in."

Chasing a stiff 189 for a win on a tricky Eden wicket, Hardik played the role of an anchor with an unbeaten 40, while David Miller finished off in style with 68 not out from 38 balls.

"It was very simple for me. I've been in this kind of situation before as well. I try to make sure that I'm neutral and calm. It helps to make the right decision," Pandya said.

"If you are too excited sometimes or too hyped up you tend to make wrong decisions where you don't need to. For me, it was important to create partnerships and be there till the end.

"When Miller came, I had to make sure that I kind of take pressure off him, and score quick runs and you saw what Miller did after he got set."

Gujarat needed 16 runs in the final over and Miller smashed Prasidh Krishna for a hat-trick of sixes to seal the deal.

"I am genuinely proud of the way he (Miller) has lifted his game. He is genuinely a damn good, wonderful guy. I was proud to play with him, enjoy it. I always wanted good things to happen to him,” Hardik said in praise of the South African.

Miller started slowly and was on 10 off 14 balls when Pandya was scoring freely but the skipper then slowed down as the South African stepped it up in their match-winning unbroken partnership of 106.

"A lot of people counted David Miller out. But for us, he's always a match-winner from the time we bought him at the auctions. We always knew what he's capable of," Pandya said of Miller who was bought for Rs 3 crore.

"We always expected him to do that. It was about giving him that importance, that love, and clarity what we expect from him. If he fails, it's okay, it's just a game."

"He (Rashid) plays a big role, he's been a match-winner for his country, his previous franchise. He's always a proven match-winner. There is no difference.

"I just relax when I give him the ball and let him do his magic. All the time, he comes up with new magic tricks. Always wonderful to have him in your team," Pandya said.

Asked about Sunday's IPL final at home ground at Motera, Pandya said, "It's going to be fantastic, such a massive stadium, our home ground, home state.

"I'm assuming we're going to get a full house supporting us there. We're all excited, looking forward to the final there," he signed  off.