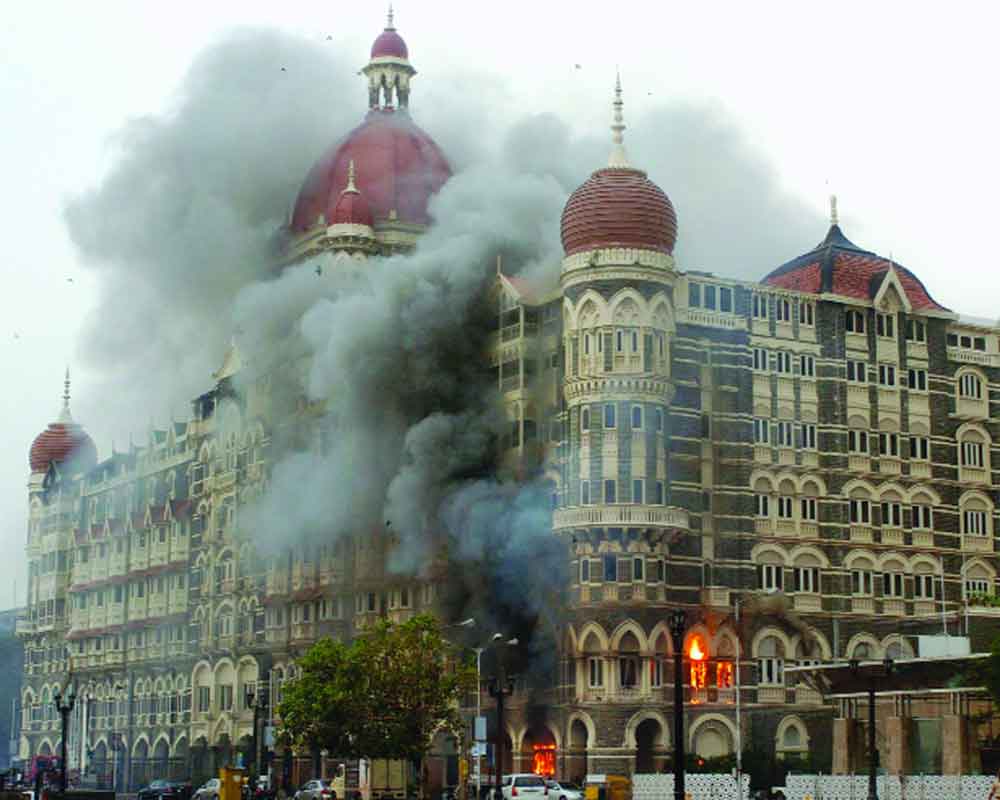 The 26/11 Mumbai attacks have forged a strong bond between India and Israel. Lauding the courage of India and the people of Mumbai, Israel has said that the enormous loss on that “horrible day” in November 2008 continues to be an emotional moment for a lot of Israelis who feel that the 26/11 terror strike “is a shared pain” that binds India and Israel together.

“I remember vividly the courage of India and of the people of Mumbai and there is not one minute in which we do not benefit from the strategic partnership that was forged between us, among other things, on that horrible day,” Israeli foreign ministry’s Director General, Alon Ushpiz, wrote on Twitter.

“Tomorrow (Saturday) marks 14 years since the bloody terrorist attack in Mumbai which targeted 5 locations including the Chabad House in which Rabbi Gavriel and Rivka Holtsberg, Rabbi Gavriel Taitelbaum, Mrs. Norma Rabinovich, Rabbi Ben Zion Kurman and Mrs. Yocheved Orpaz were murdered,” Ushpiz, who has in the past served as Israel’s Ambassador in India, wrote on Friday.

Israel’s top diplomat also called India’s Ambassador to Israel, Sanjeev Singla, to convey his “deepest condolences” for this enormous loss of innocent civilians that day, among them six Israelis.

“May the memory of the victims be a blessing,” he said.

The 2008 Mumbai terror attacks continue to stir outrage in Israel, where commemorative events are held on its anniversary to condemn the senseless killings and demand action against the Pakistan-based masterminds of the carnage.

With posters and banners depicting the brutality of the ghastly attacks, Indians in Israel held candlelight vigil since Friday evening on the 14th anniversary of the terror attacks that shook India. They called for the Pakistan-sponsored Lashkar-e-Tayyeba terrorists involved in the 26/11 Mumbai attacks to be brought to book.

The attacks, which drew widespread global condemnation, began on November 26 and lasted until November 29, 2008. A total of 166 people, including several foreign nationals, died and more than 300 were wounded.

Nine Pakistani terrorists were killed by the Indian security forces. Ajmal Kasab was the only terrorist who was captured alive. He was hanged four years later on November 21, 2012.

“The terrorists who killed women, children and innocents in such a frenzy should be identified and eliminated. The countries of the world should not only impose strict financial sanctions on the countries that provide shelter to the terrorists but also stop them in every way,” Ravi Soma, President of the Israel-Telangana Association told PTI.

People from Telangana, living in Israel, organised an event in Ramat Gan (close to Tel Aviv) offering prayers for the innocent lives lost in the brutal attacks and lit candles in their memory. They also referred to the loss of six Jewish lives in the attacks in which 166 people were killed, hinting at a deliberate attempt to break the strong bonds between India and Israel.

The 26/11 attack continues to be an emotional moment for a lot of Israelis who feel that the Mumbai terror strike “is a shared pain” that binds India and Israel together.

The Indian Chaplaincy in the Holy Land, comprising mostly of the Malayalee Community in the region, also organised a remembrance ceremony attended by a large number of people from all over the country.

Adoration/Rosary ceremony, a Holy mass for the departed in the terrorist attack, and special prayers was followed by a meeting with people holding lit candles and posters with slogans against terrorism, some Indian flags and also calls to end violence and promote peace. “Violence divides! Love unites!”, said Rev. Pradeep, who heads the Indian Chaplaincy.

Condemning the Mumbai attacks, he said that he “prays that such incidents will never occur again and people will live in peace and brotherhood”.

Degel Menashe, an organisation representing the Bnei Menashe Jewish community that has connections with India’s north-eastern states of Manipur and Mizoram, condemned the attacks and has planned a commemorative event on Saturday.

Members of the organisation held protest also in Churachandpur holding placards reading, “no to terrorism”, “we stand by all the victims of 26/11 attacks”, etc.

“Each drop of blood is a burning flame against terrorism. Each martyr of 26/11 is a light kindled against the darkness,” Krupa Susan Verghese, a PhD student at Ariel University told PTI.

Ankit Chauhan, a post-doctoral fellow at Ben-Gurion University, said that the “gruesome terrorist attacks inflicted deep scars on every Indian’s psyche that cannot be wiped”. “Still some of the terrorists are roaming around freely on this earth who did this heinous act. Terrorism does not have any face and terrorists should be treated with no mercy. No mercy for terror anywhere in the world,” he stressed.

Some of the students also lauded the efforts of the Indian security forces and the sacrifices made by them. “Today we once again remember our unsung brave hearts who lost their lives and we pay our sincere respect to the lost lives and their families,” said Bhavana Velpula, a PhD student in medicine at Tel Aviv University.

“As Indian nationals staying abroad, we acknowledge and condemn this terrible incident. Gatherings for such a cause connect us to our country and its roots, uniting us together as one nation and together we raise our voice against terrorism coming in any form,” she added.

Jewish outreach movement, Chabad, last year unveiled a plaque in the southern coastal city of Eilat in memory of the six Jewish victims of the Mumbai terror attacks. “To the memory and rise of souls of Rabbi Gavriel Noah and Rivka Holtsberg, who were martyred during the time of their holy mission in a terror attack at the Chabad house in Mumbai, India, from which the message of Torah was being spread all over the area,” the plaque in Hebrew reads.

The Torah constitutes the first five books of the Hebrew Bible. “And for the four guests who stayed in the Chabad house at the time of the attack, and were also martyred: Rabbi Gavriel Taitelbaum, Mrs. Norma Rabinovich, Rabbi Ben Zion Kurman, Mrs. Yocheved Orpaz. May their souls be bound up in the bond of eternal life,” the plaque in Hebrew reads.

Six Jews were among the 166 victims of the terror attack. All of them were killed at the Nariman House, popularly also known as the Chabad House. Israeli leaders and officials have also repeatedly called for the perpetrators of the horrendous crime to be “brought to justice”.

(With inputs from PTI)