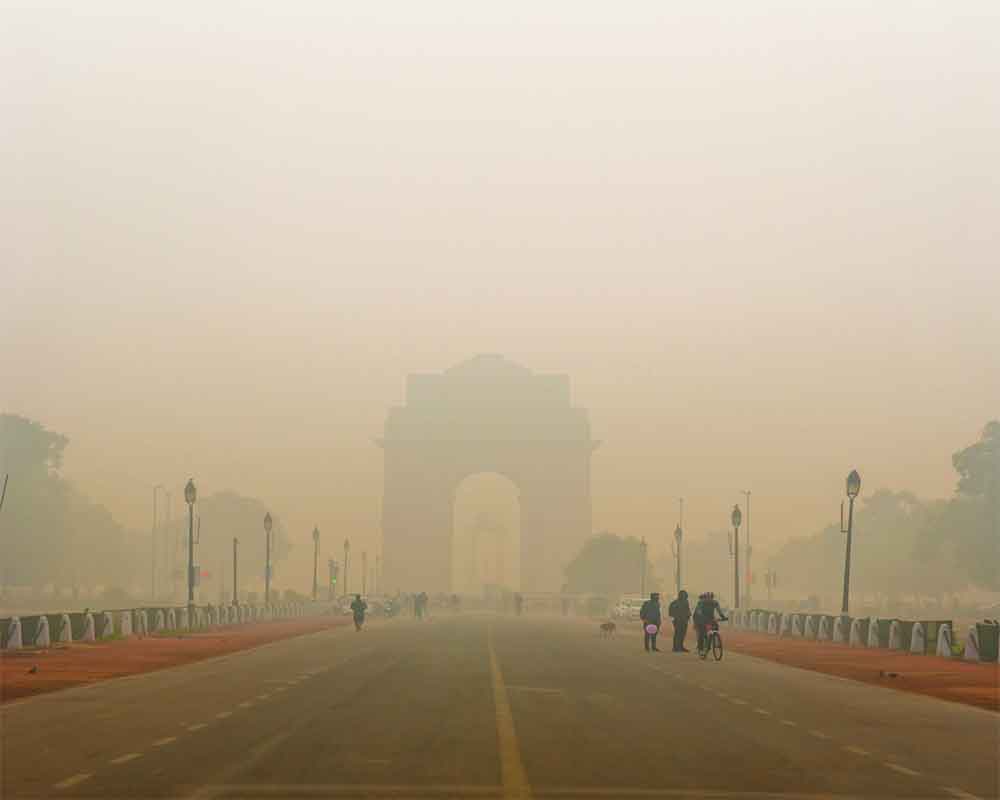 Only when anti-pollution band-aid is applied, we wake-up to the hazards of breathing in toxic air. It is important to know that exposure to poor air quality is injurious to health—from head to toe. It’s not only children, elderly individuals, those with co-morbidities, and those living in low socio-economic regions but even animals and plants too pay a price. Against the backdrop of the National Capital, Delhi, becoming a gas chamber-laden with toxic air, The HEALTH PIONEER brings a myriad of pollution-associated health studies and some recommendations on actions that individuals and organisations can take to improve air quality on a day-to-day basis.

n Research by the USEPA finds that certain health conditions, such as the respiratory effects of air pollution exposure, can be directly linked to their economic consequences, such as the costs associated with doctor visits, lost school and work days, hospital visits, and, ultimately, deaths. Such research helps to provide a rubric by which we can evaluate the vast amounts of human health damage that come from air pollution, in terms of the exact costs suffered by society and the economy at large.

n Research from the OECD’s Economic Consequences of Air Pollution project finds that by 2060, global economic output will be reduced by approximately US$330 USD per person, coupled with US$155 billion increases in annual healthcare costs and 2.5 billion more lost workdays at the global level.

n Specific pollutants, such as lead, have also been studied for their connection to learning disabilities, memory impairment, hyperactivity, and antisocial behaviors in children. Children’s brain development can also be impacted by exposure to high levels of ambient air pollution while they are in the womb because the brain is still developing at this time and air pollution can cause permanent brain damage. Even in utero, high air pollution exposure can also lead to cognitive impairment in old age.

n A study examining nitrogen dioxide finds that this pollutant is one of the main causes of stroke. The same study found short-term exposure to sulfur dioxide and PM10 was also associated with an increased risk of stroke.

n A study out of USC has examined the link between air pollution and dementia — this study of over 2,000 older women over 10 years suggests that not only does air pollution exposure contribute to a higher risk of dementia, but improved air quality can also slow this accelerated aging of the brain.

n Other recent research presented at the 2021 Alzheimer’s Association International Conference found similar outcomes. Reducing PM2.5 and NO2 pollution by 10% of the USEPA’s current standard over 10 years was linked to 14% and 26% reductions in dementia risk in older women in the United States — including when the results were controlled for age, education, region, and presence of cardiovascular disease.

n Research demonstrates a clear link between air pollution exposure and worsened cardiovascular health. A 2016 study also noted that exposure to both particulate matter and nitrogen dioxide at levels close to those stated by the National Ambient Air Quality Standards (NAAQS) were linked to prematurely aged blood vessels, causing calcium buildup in the coronary artery, suggesting that this may be the mechanism through which air pollution so severely damages cardiovascular health.

n Studies have found an association between air pollution exposure and a slew of gastrointestinal diseases, such as irritable bowel syndrome (IBS), inflammatory bowel disease (IBD), appendicitis, and intestinal infections in infants.

n Studies show that the risk of pollution-related diabetes increases dramatically even at very low pollution exposure levels, so this risk remains even in places where air quality is deemed acceptable — showing that there is truly no safe level of air pollution.

n Many studies demonstrate that air pollution exposure has a clear effect on reproductive health and fertility. One Chinese study of over 18,000 couples found a connection between moderate levels of fine particulate matter pollution and a 20% greater risk of infertility, defined as not becoming pregnant within a year of trying.

n A Harvard study looked specifically at women undergoing in vitro fertilization and found that those that lived closer to major roads were less likely to have successful embryo implantation and live birth as compared to those living further away.

n Studies find that poor air quality can affect semen quality and could cause sperm DNA damage, thus harming fertility. This relationship is likely related to the concentration and duration of exposure to air pollutants.

n Though not extensively studied, research finds that ambient air pollution exposure is associated with lower levels of bone mass, perhaps due to particle inhalation causing oxidative stress and inflammation in the body that ultimately affects bone health. This relationship holds true across a wide range of air pollution levels associated with low-, middle-, and high-income areas.

n Studies that specifically examined osteoporosis and bone fractures resulting from air pollution found that populations exposed to higher levels of fine particulate matter had lower bone mineral density as well as higher hospitalization rates for bone fractures. Because certain regions of the world, such as Asia, already tend to have a higher risk for osteoporosis, the effects of poor air quality only compound this danger.

n Lowered life expectancy is a well-studied result of air pollution exposure. Research from the University of Chicago

suggests that if particulate

matter air pollution is not

lowered to the World Health Organization’s recommended level, the average person could lose 2.2 years of life. The number is even higher for those living in more polluted regions, who could lose 5 years or more.

n Significant decreases in quality of life also result from exposure to air pollution. For example, reduced lung function in children and adults that leads to asthmatic bronchitis and chronic obstructive pulmonary disease (COPD) can greatly lower one’s quality of life, as can dementia, cardiovascular disease, and many of the other health outcomes discussed above.

n A study analyzed 5 years of USEPA data to identify over 1,000 toxic hotspots of air pollution across the United States, where 250,000 people living in these areas were exposed to levels of cancer risk above what the USEPA deems acceptable. Even in those areas under the 1 in 10,000 risk rate that the EPA allows, researchers still say that the risk is high enough to be of concern.

well below the WHO guidelines — reminding us that there is truly no safe level of air pollution. Fortunately, in light of the abundance of research demonstrating the multifaceted health impacts of even relatively low levels of air pollution, the WHO recently updated their guidelines to recommend even stricter regulations on air pollution.