In a man’s world

In a man’s world 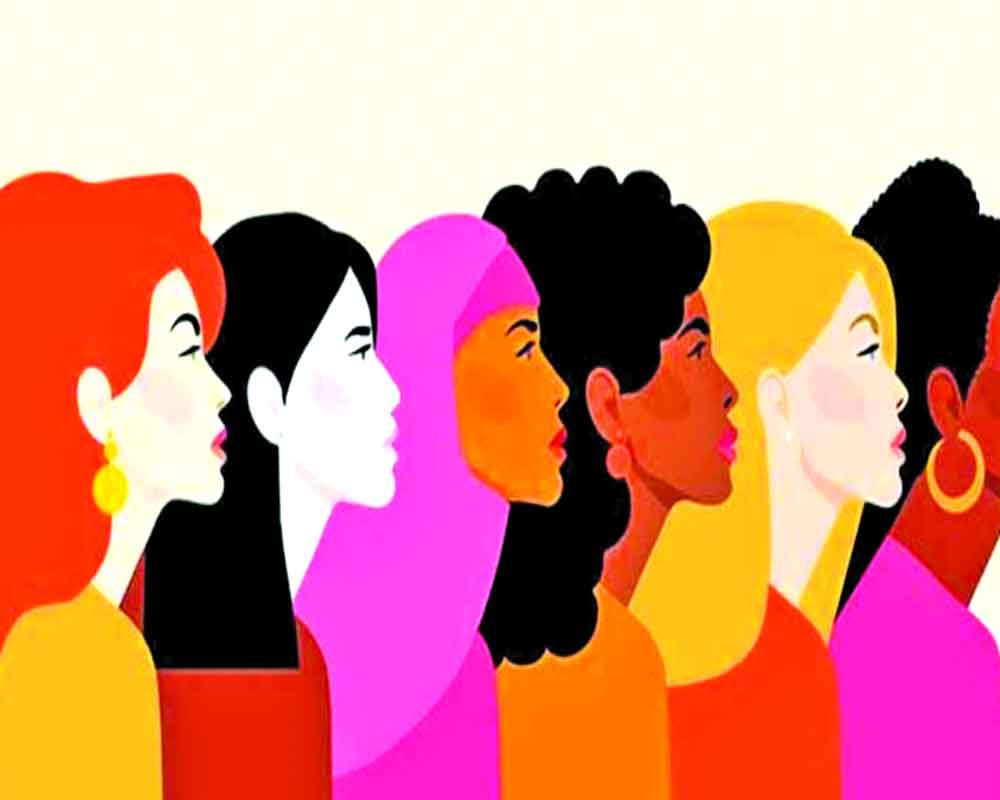 The challenges and hardships that women experience in their daily lives are well-known facts. As a community, it is high time that we understand, acknowledge and take urgent measures to deal with this ever-growing problem, without continuing to turn a blind eye

We live in a man’s world”–(Fisher & Mastretta, 2021). The consequences of a woman living in a patriarchal world are clearly seen in the TV show, Ginny and Georgia, which aired in February 2021. Georgia Miller has done it all–from running an underground poker ring to the cold-hearted murder of her previous husbands. While there is no justification for these killings, which are absolutely condemnable, it is important to understand Georgia’s actions as a response to her environment. Georgia was 14 when she was abused by her stepfather causing her to run away from her home and become homeless (Gauyo & Welland 2021). Georgia’s character in the TV show is moulded as a cause of living in a male-dominated world where she had to defend herself and her daughter from abusive lustful and power-hungry men. As a result of carrying enormous pain from her childhood, Georgia’s mental health is affected and her only motto is to survive, nothing more.

The same thread of patriarchy is carried onto the Hindi movie–“Bulbul”, which was released in June 2020. In the movie, Bulbul is molested and abused by her brother-in-law. After this brutality, Bulbul, much like the character of Georgia transforms from a child into a fierce woman. Bulbul carries psychological trauma after the abuse- both from her husband and her brother-in-law (Sharma & Guptan, 2020). The script follows the common horror trope in Hindi cinema–wherein the woman who is wronged turns into an evil entity. However, the storyline focuses on the consequence of that evil rather than on the cause of it. The responsibility of inflicting trauma and deep-seated psychological impact on the female protagonist by the male characters is ignored. These two shows do their part in showcasing how a male-dominated world affects the mental health of women, the patriarchal undercurrents of which construct the realities of women, transcending cultures and political boundaries.

The character of Rani from the Hindi movie “Queen”, echoed the dangers of being a woman, and the societal response to it when her mother insisted that she should take her brother everywhere because albeit the age difference, he was a man and she a woman (Kashyap & Bahl, 2014).

According to the United Nations Office on Drugs Control report of 2014, the main perpetrators of sexual and physical violence against women are men. It is important to note that as many as thirty-eight per cent of female homicides are committed by their male partners, and one in every five girls are victims of sexual abuse in their childhood. This violence transcends from a physical form to a more verbal one through language. The reproduction of sexism and misogyny is commonly done through the lexical choices of everyday communication. Thus, it is through gendered positions, actions, and language that the supremacy of man is reinstated every day in this patriarchal society (Menegatti & Rubini, 2017).

The pressure to occupy a space in a patriarchal world, fear of not being able to protect themselves against brute patriarchal force, and the sheer trauma which is inflicted through the aftermath of abuse, domestic violence, and harassment have contributed majorly to the poor mental health status of women. This fear leads to hypervigilance, anxiety, and a lack of self-confidence in them. When a woman goes out of the house, she prepares for the worst while carrying with herself tools that might protect her. Things like pepper sprays have become household names and everyone is so keen to tell a woman the consequences of laxity that the damage of consistent fear and anxiety is overlooked. Common mental health disorders (CMDs) such as anxiety and clinical depression in India and the world are firmly linked with gender differences, with them being more prevalent in women (Malhotra & Shah, 2015).

Marriage is another patriarchal structure that negatively impacts women’s mental health and is advantageous to men (Vaus, 2002). “More good women have been lost to marriage than to war, famine, disease and disaster. You have talent, darling, don't squander it” (Herek, 1996). Nothing could have explained marriages better than Cruella De Vi, who saw marriages as an unmovable burden on women which killed their independence and talent. As a branch of patriarchy, marriages are based on unequal and oppressive ideals which cannot be feminist in nature (Desai, 2019).

A study done in 2018, which tried to understand the relationship between depression and the institution of marriage, concluded that out of one hundred and fifty-two women almost twelve per cent of them reported symptoms of depression after marriage (Scott & Stafford, 2018).

This study corroborates De Vi’s idea of the mental harm that marriages do to women. Marriage is an institute borne out of patriarchy, which stands firm in the vices of sexism, misogyny and inequality (Desai, 2019).

The stark differences in the mental health of women pre and post-marriage are due to the gender roles and functions that a marriage is based on. Marriages reinforce the division of labour which is based on gender–where the woman is the caregiver and does unpaid labour in the house while the man does the work outside and is tended to by the woman. Even when the woman works outside, she is still expected to do housework which is considered solely her duty. Ingrained with a sense of proprietorship and entitlement, men in marital relationships use domestic violence as a means of re-asserting and re-instating the presence of political hierarchical differences between a man and a woman (Chambers, 2013).