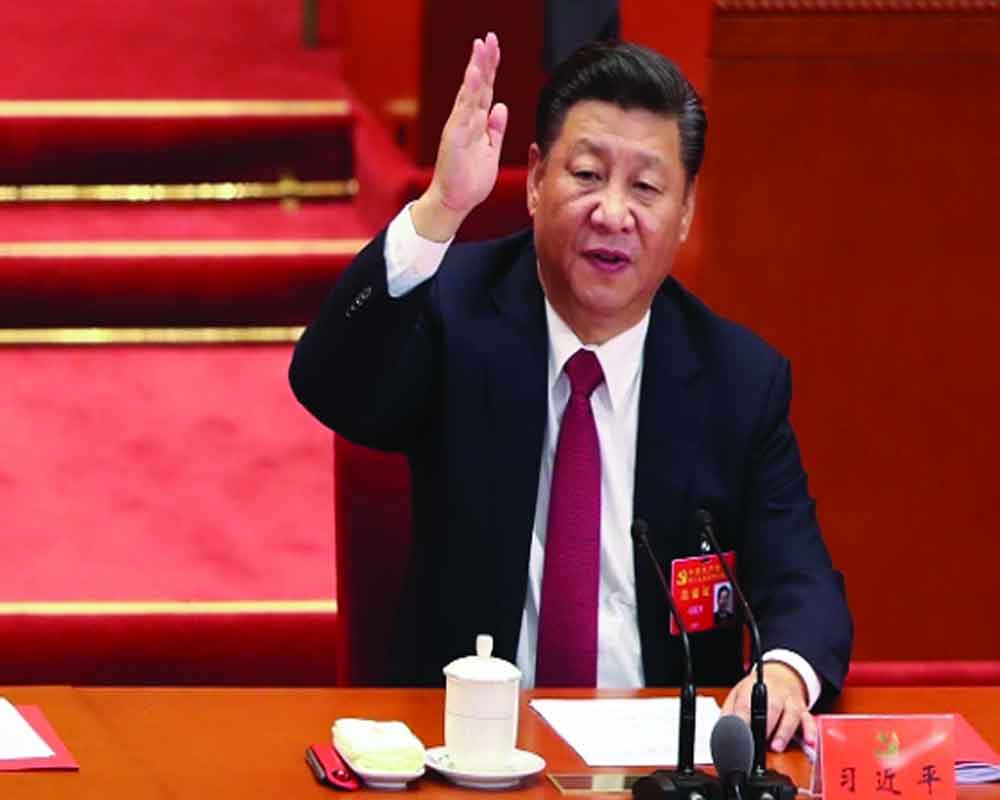 Inclusion of parties like Pakistan, Afghanistan and Nepal into Global Security Initiative framework — owing to the growing dependence of these countries on China — would be a major cause of concern for India, further building tensions in its strategic neighbourhood

Speaking at the Boao Forum at a time of geopolitical turmoil across Asia and Europe, Chinese President Xi Jinping’s speech titled “Rising to challenges and building a bright future through cooperation” has brought to centre-stage yet again his goal of building a “community with a shared future for mankind”. Such a vision, adorned with “Chinese characteristics”, has built itself as a counter to the US-centric pax-Americana world order, vying for replacement with a pax-Sinica driven Peking model of governance. In the latest attempt at exporting the Chinese governance model, Xi’s Boao Forum keynote address has seen the ideation of the notion of building an “indivisible security community” via proposing Global Security Initiative (GSI).

Ambiguously described as a “vision of common, comprehensive, cooperative and sustainable security”, the GSI ideation is an attempt to counter the efforts of democratic like-minded countries in the Indo-Pacific which China has long heralded as misguided under “Cold War mentality” and “bloc confrontation” politics. By opposing “the wanton use of unilateral sanctions and long-arm jurisdiction”

referencing Western sanctions against both China and Russia, and embracing “a global governance philosophy”, the GSI’s rhetoric despite its flamboyant description spells imminent trouble for India and her

Xi’s speech gave little information on what the GSI would essentially look like; whether it would follow a Quad like model of engagement or be more framed as a Chinese version of a security alliance is to be seen. As China’s fears of an “Asian NATO” grow — first anticipated by them as early as 2003 — Xi’s goal via the GSI is to present an image of upholding “true multilateralism”. However, for India, the freshly invoked “principle of indivisible security”, which the GSI despite all its talks about building a balanced security architecture is focused on, is a cause for concern.

A concept with its root in Europe, starting with the 1975 Helsinki Act, “indivisible security” essentially means that security is a collective concept and if actions by one state threaten the security of another, it marks a breach of indivisible security. Hence, no state should be able to make itself stronger at the expense of another. Importantly, it is a term most frequently used by Russia while opposing NATO’s expansion. The same also plays in tune with China’s favoured diplo-speak while opposing concepts that look to derail its own unilateral rise, with AUKUS being an “arms race” starter; Quad being a “Cold War mentality” bloc; and actions by India to build its own comprehensive national power being intrinsically “unilateral” in nature.

In rather hypocritical rhetoric for any Indian analyst, Xi spoke of opposing “the pursuit of one’s own security at the cost of others’ security” while arguing for swift and peaceful resolution of disputes via

In a post-Galwan security scenario — wherein disengagement talks have now entered their 15th round amid China’s categorical refusal to back down from key friction points like Depsang, Demchok and Hot Springs on the Indian side of disputed boundary — India’s vision of China as a revolutionary revisionist power has grown. Without officially terming it so, Indian foreign policy has certainly accepted that China’s peaceful rise seems to be all but over.

By evoking “indivisible security”, Beijing hopes to makes actions taken in defence of its own national interests appear more legitimate. Under an “indivisible security” banner, claiming the moral high ground amid retaliation in sensitive areas along the Line of Actual Control (LAC) with India or in the South China Sea or Taiwan becomes more implementable. For India, the concept stays much in line with recent Chinese legislative attempts at justifying its unilateral actions that threaten Delhi’s own sovereignty; between the New Coast Guard Law and the new Land Border Law, Chinese actions have been anything but opposed to building Chinese “national security on the basis of insecurity in other countries”.

Ultimately, disguised under a banner of global security and protected by its loosely worded vision, GSI emerges as a venture that no one could potentially object to as it seeks to build a “common,

architecture. Nonetheless, behind its ostensible notion of hope, GSI shows that Xi is keen to regain control of the Asian security narrative that he seems to have been losing for the past five years. At this juncture, with examples like Sri Lanka with respect to the Belt and Road Initiative (BRI) standing tall, the international world order has become well-versed with Chinese larger-than-life ventures turning into tools for imbalanced geo-economic power growth in favour of Beijing. Importantly, India must note that the GSI is more intended for Chinese domestic audiences as well, especially as Xi feels the need to retake control of his “strongman polity” image ahead of the upcoming National Party Congress where he is vying for an unprecedented third term in office.

While envisioning a multipolar world with China as a leading player, Xi wants to make Beijing a leading player in setting global standards across sectors ranging from economy to technology to security. Aligned with his wolf-warrior style diplomats, the goal for Xi via GSI would be to bring into the fold smaller developing countries — as attempted with BRI — with premise of building a uniform security system that guarantees them respite in economic, political and defence related turmoil. By touting GSI as opposing “exclusiveness” and “clique” style politics — often ascribed by China to the Quad —  China’s security leadership ambitions are unravelling via the GSI, coupled with ventures like its Himalayan Quad.

Inclusion of parties like Pakistan, Afghanistan and Nepal into a GSI framework — possibly owing to the growing dependence of these countries on China — would be a major cause of concern for India, further building tensions in its strategic neighbourhood. Moreover, building of a very active maritime militarist tangent of the at present abstract GSI, details of which have not been released in public, could be a possibility with China led naval exercises in the Indian Ocean Region (IOR). Such a trajectory would shadow the Quad, which with the inclusion of Australia in Malabar

upgraded the same to a naval exercise with all four members.

(The writer is head of Research and Operations Director at the Organisation for Research on China and Asia, New Delhi)