China warns US officials not to interfere in its relationship with India: Pentagon

China warns US officials not to interfere in its relationship with India: Pentagon 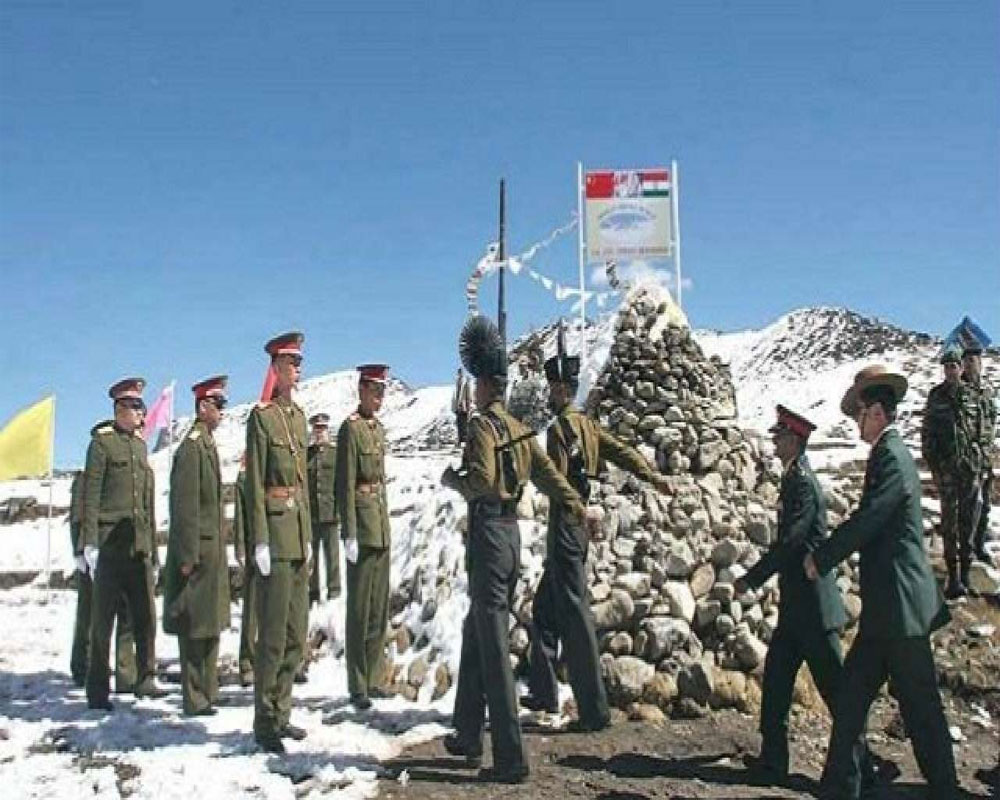 China has warned US officials not to interfere in its relationship with India, according to a Pentagon report which underlines that Beijing seeks to prevent border tensions from causing New Delhi to partner more closely with Washington.

The Indian Army and the Chinese People's Liberation Army (PLA) have been locked in a standoff in multiple areas along the Line of Actual Control (LAC) in eastern Ladakh since May 2020.

Throughout its standoff with India along the LAC, Chinese officials sought to downplay the severity of the crisis, emphasising Beijing's intent to preserve border stability and prevent the standoff from harming other areas of its bilateral relationship with India, the Pentagon said in its latest report to Congress on Chinese military buildup on Tuesday.

"The PRC (People's Republic of China) seeks to prevent border tensions from causing India to partner more closely with the United States. PRC officials have warned US officials to not interfere with the PRC's relationship with India," the report said.

In a section on the China-India border, the Pentagon said throughout 2021, the PLA sustained the deployment of forces and continued infrastructure build-up along the LAC.

Negotiation made "minimal progress" as both sides resisted losing perceived advantages on the border, it said.

The eastern Ladakh border standoff erupted on May 5, 2020, following a violent clash in the Pangong lake areas.

"Each country demanded the withdrawal of the other's forces and a return to pre-standoff conditions, but neither China nor India agreed on those conditions," the Pentagon report said.

"The PRC blamed the standoff on Indian infrastructure construction, which it perceived as encroaching on PRC territory, while India accused China of launching aggressive incursions into India's territory,” it added.

Since the 2020 clash, the PLA has maintained a continuous force presence and continued infrastructure build-up along the LAC. The 2020 Galwan Valley incident was the deadliest clash between the two nations in the past 46 years, the report said.

On June 15, 2020, patrols violently clashed in Galwan Valley resulting in the death of 20 Indian soldiers and four PLA soldiers, according to PRC officials, it said.

China has previously criticised the US for commenting on its border dispute with India.

In June this year, Chinese Foreign Ministry spokesman Zhao Lijian termed the critical remarks by a top US General on its infrastructure build-up at the Sino-India border as a "despicable act" and criticised the attempts of some American officials to "add fuel to fire", emphasising that Beijing and New Delhi have the "will and capability" to properly resolve their differences through talks.

Responding to US Army's Pacific Commanding General Charles A Flynn who termed the situation in eastern Ladakh as "alarming", spokesman Zhao had said, "the China-India boundary question is a matter between the two countries. Both sides have the will and capability of resolving the question through dialogue and consultation."

"Some US officials have pointed fingers and sought to fan the flame and drive a wedge between the two countries. This is disgraceful. We hope the US could do more things that contribute to regional peace and stability," Zhao made the remarks during a media briefing in Beijing on June 9.

The India-China border dispute covers the 3,488 km long LAC. While China claims Arunachal Pradesh as Southern Tibet, India asserts that the dispute covered the Aksai Chin area which was occupied by China during the 1962 war.

India has been consistently maintaining that peace and tranquillity along the LAC are important for the overall development of bilateral ties. The Indian and Chinese militaries have held 16 rounds of Corps Commander-level talks to resolve the border standoff.