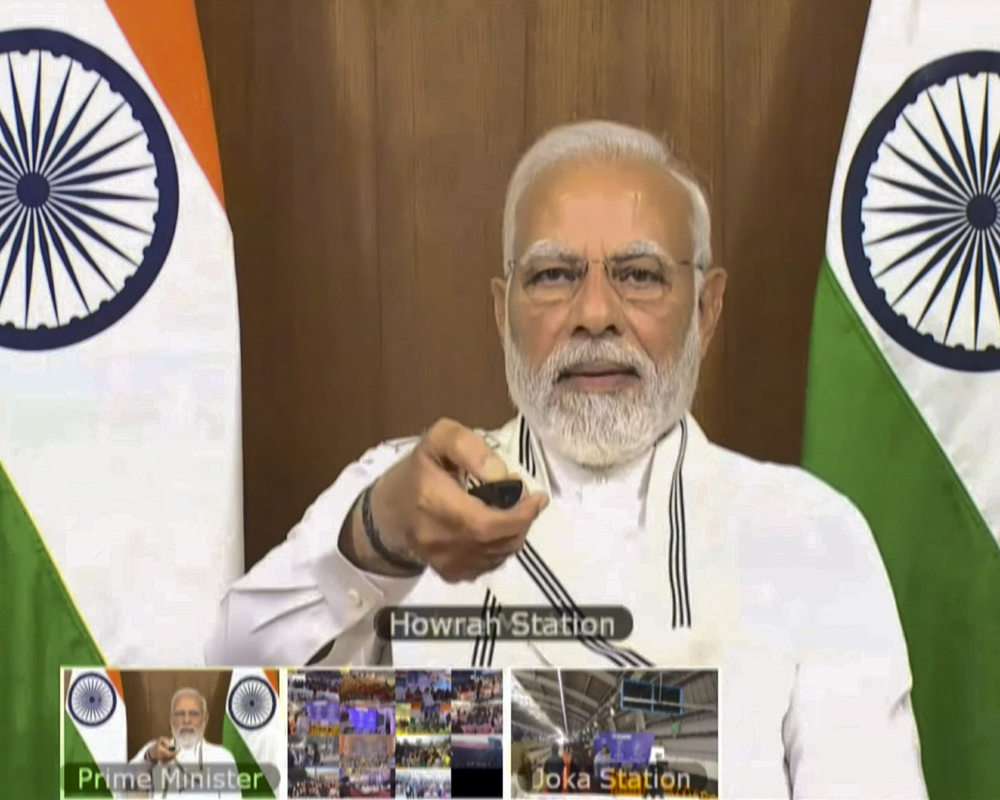 The seventh Vande Bharat express started its journey at 11.45 am from platform number 22 of Howrah Station to travel to New Jalpaiguri, the gateway to the northeast.

The blue-and-white train, which covers a distance of 564 km in 7.45 hours, will save three hours of travel time compared to other trains on the route, officials said. It will have three stoppages at Barsoi, Malda and Bolpur.

The Vande Bharat express with modern passenger amenities is likely to be preferred both by regular passengers, tea industry executives and tourists travelling to the Himalayas in North Bengal and Sikkim.

The state-of-the-art train has 16 coaches, including two for drivers.

Earlier, Banerjee, while speaking on the occasion, condoled the demise of Modi's mother Hiraben. “Your mother is also our mother,” she said.

The CM also said work on four out of the five railway projects that Modi will launch on Friday were started during her tenure as railway minister.