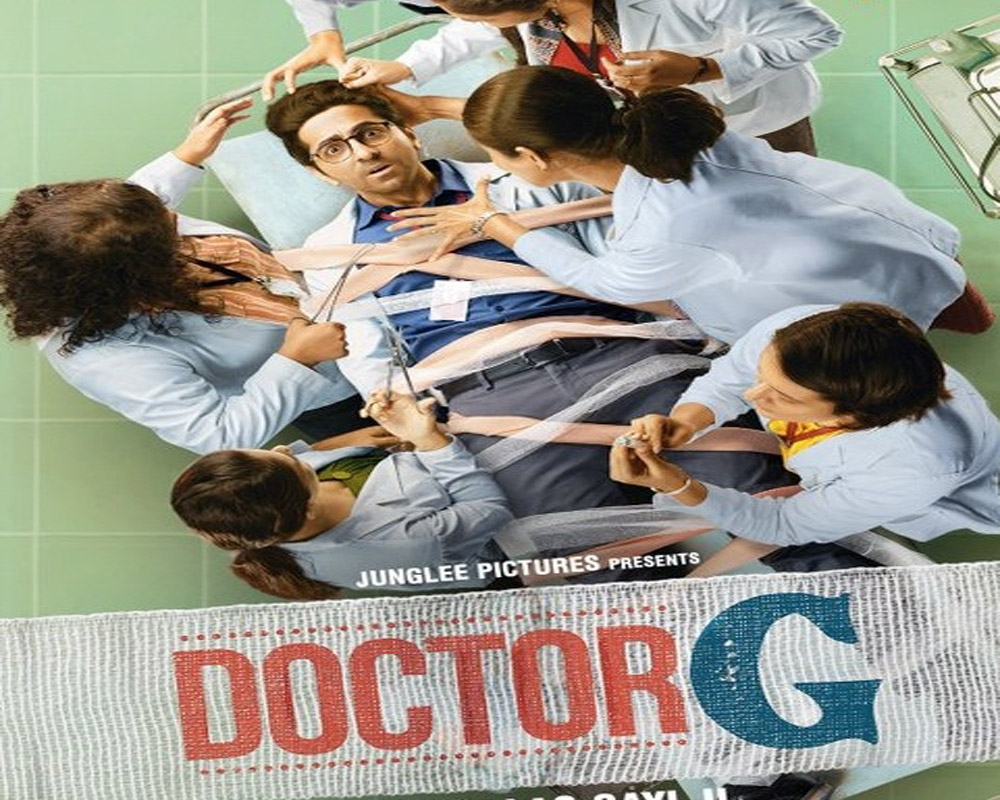 From playing a character who suffers from erectile dysfunction to bringing forth issues of premature balding, Ayushmann Khurrana has always pushed the envelope with his portrayals. The actor takes his game to another level with playing a male gynecologist in the upcoming film 'Doctor G'.

The makers of the hilarious medical campus comedy-drama dropped the rib-tickling trailer of the film on Tuesday, giving a glimpse how Ayushmann's character struggles to be a male gynecologist around female patients.

The over two-minute trailer shows Ayushmann asking to change his course from Gynaecology to orthopedic. Later in the clip, actress Shefali Shah, who too plays a gynecologist is seen asking Ayushmann, who starts attending classes, to lose the "male touch" to understand women. The trailer ends in a hilarious sex education to a couple who are trying for a baby.

The film's director Anubhuti Kashyap said that 'Doctor G' is a coming-of-age comedy drama set in a medical campus and is a compelling and hilarious look at a male gynaecologist surviving an otherwise female-dominated world.

"Ayushmann Khurrana has done an amazing job essaying the role of Doctor Uday Gupta. He along with Shefali Shah and Rakul Preet Singh, have brought so much to their individual roles that can make one relate to these characters and situations."

"The film addresses gender stereotypes in his personal and professional life enveloped in comedy and is something that will appeal to young-India."

The actor this time around is joined by powerhouse performer Shefali, the coordinator of the medical college, Rakul Preet Singh, who plays his senior in the film, and Sheeba Chaddha playing the role of his mother.

Amrita Pandey, CEO Junglee Pictures said: "Anubhuti, the writers, the crew, and the powerhouse talent of Ayushmann Khurrana, Shefali Shah and Rakul Preet have brought this story alive so well."