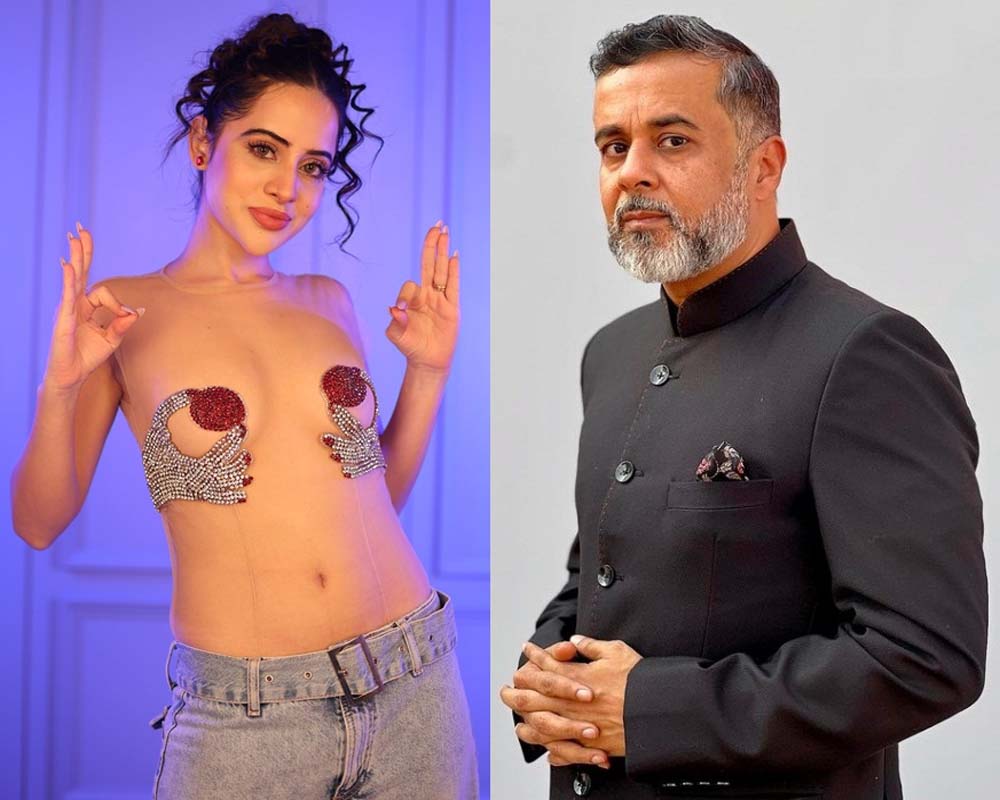 Internet personality Urfi Javed took on popular writer Chetan Bhagat as a result of a comment made by the latter in which he called her a "distraction" for boys. Although Bhagat later clarified that he'd been quoted out of context, Urfi went after him, all guns blazing.

Urfi took to her Instagram Stories and shared a series of his chats that had gone viral a few years ago during the #MeToo campaign. He was then accused of sexual misconduct by author and yoga instructor Ira Trivedi.

After drawing attention of her followers to the allegations against Bhagat, Urfi reacted to the author's comment: "Guys, let's not forget how so many women accused him during #MeToo case!!"

She added that men like Bhagat only blame women and said there was no need to drag her into the conversation and make comments on the kind of clothes she chooses to wear.

"Men like him will always blame women than accept their own shortcomings!! Just because you are a pervert does not mean it is the girl's fault or what she is wearing!" Urfi said.

"Unnecessarily dragging me into a conversation, commenting on how my clothes are distracting young boys is such a f***ed thing to say! You messaging young girls isn't a distraction for them, though?" she continued.

Urfi also pointed out how Bhagat's comment showed that his thinking was quite old-fashioned.

"Stop promoting rape culture, you sickos out there! Blaming women's clothes for the behaviour of men is so '80s. Mr Chetan Bhagat. Who was distracting you when you messaged girls half of your age?" Urfi said. "Always blame the opposite gender, and never accept your own shortcomings or faults! People like you are misguiding the youth, not me. Encouraging men to put the blame on women or their clothing when they are at fault."

The former 'Bigg Boss OTT' contestant said all this in a video she shared, where she asked what was the need for the 'Two States' author to take her name in a literature festival, even though she is neither a writer, nor of his age.

"I do not understand the need of mentioning my name at a literature festival. I am not an author. Also, you said the youth is getting distracted by watching my photos. Leave that aside. First, tell me why you, who is double the age of youth, were sending messages to girls half your age? Was that not distracting? Were your marriage and your children not getting affected by it?" Urfi asked.

Bhagat also took to his Twitter handle to clarify that he was being unnecessarily questioned for what he had not said.

"I told guys to focus on fitness and their career and not waste their time on Instagram," Bhagat said. "Apparently, that's not OK! So they cut my statement, said it out of context, the headline adding things I never said, and did a click-bait piece with ageism thrown in," he added.