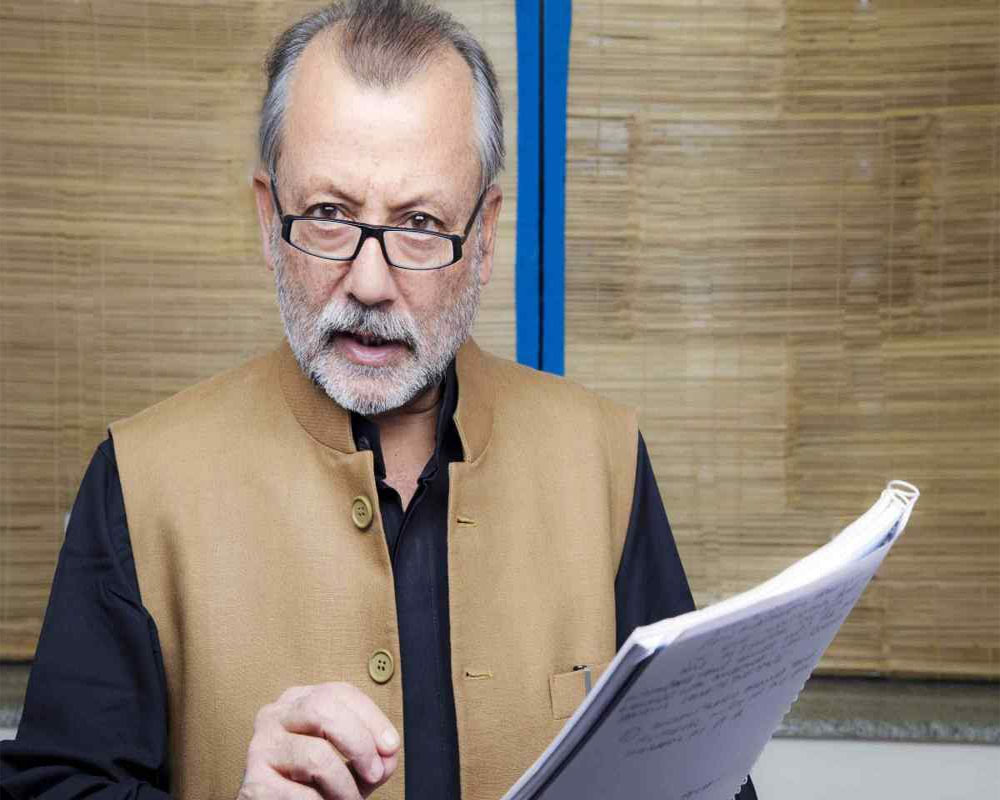 ) Veteran actor Pankaj Kapur says his inclination towards literary characters comes from a place of security of portraying well-written parts, which he believes are rarely found in original scripts.

In his career spanning over four decades, Kapur has brought to life some of the most iconic fictional characters from literature -- William Shakespeare's King Duncan from "Macbeth", Ruskin Bond's Ram Bharosa from "The Blue Umbrella" and Toba Tek Singh from Saadat Hassan Manto's short story -- to name a few.

The National Award winner said his pursuit as a performer is to portray characters which have something to say, and there is nothing as delightful as playing a part created by literature greats.

"I love stories and characters which have something to say. And, according to me, writing is the foremost form of expression. The classic literary pieces and the characters in them are so beautiful. When such outstanding stories are adapted for screens properly, the outcome is always beautiful," Kapur told PTI in an interview.

Be it Vishal Bhardwaj's "Maqbool"(the adaptation of "Macbeth") and "The Blue Umbrella", Ketan Mehta-directed short film "Toba Tek Singh" or his early projects such as "Rui Ka Bojh" (a take on the novel "Gawah Ghair Hazir") and the Punjabi-language feature "Marhi Da Deeva", an adaptation of Gurdial Singh's book of the same name -- all these opportunities were godsend, the actor said.

"It's difficult to always get what you desire because there are only a few people who share your passion. It's God's kindness that I've got the opportunity to be in some path-breaking films and play some memorable characters. I believe a lot in life is predestined and some of it is hard work," the 68-year-old added.

But Kapur can't pick his favourite book-to-film translation, as he believes only a director with "capability and confidence" would dare to experiment with literature classics.

"I like to align myself with my director's thought process and understand what they are trying to convey. I try my performance to be an amalgamation of the story, director's vision and my input... People who chose to adapt these literary classics had the capability and confidence to pull it off," he said.

The short film, which was originally released in 2018, follows inmates in a Lahore asylum, some of whom are to be transferred to India following the independence of Pakistan in 1947.

Kapur, who had read "Toba Tek Singh" during his teenage days, said he always felt connected with the story.

"I'm a huge admirer of Sadat Haasan Manto's writings and this is the best story on Partition. When Ketan Mehta ji offered me this role, I didn't want to lose the opportunity. I've always felt associated with this story and wanted it to be part of my filmography."

The actor said he is currently in the UK filming for the feature "Binny aur Baba". He will also be seen in the film adaptation of Saurabh Shukla's play "Jab Khuli Kitaab" alongside Dimple Kapadia.

As a writer, Kapur had released his debut novella "Dopehri" in 2019 and going ahead, he said he would "love to publish my collection of stories".