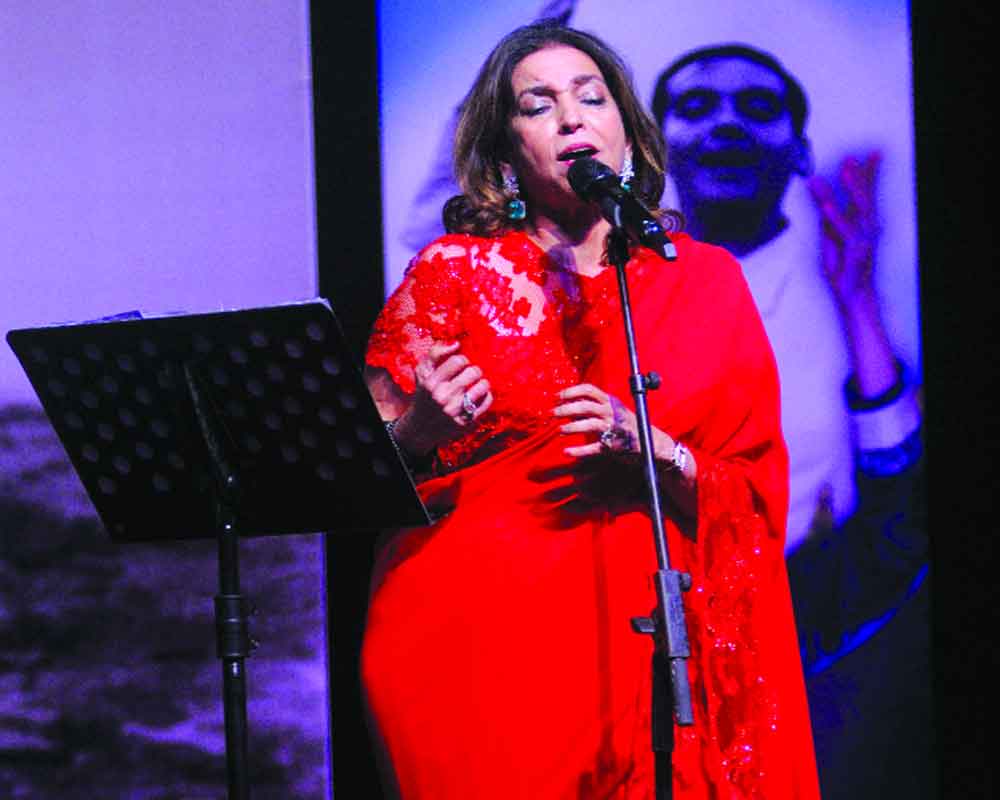 The singer rendered 10 Spanish songs that were composed by the legendary poet almost a 100 years before. The standing ovation that she received from a hall packed with celebrities, dignitaries, Ambassadors of the Latin American diplomatic community and art enthusiasts, has marked this concert as a successful event in Indo-Spanish cultural programs.

“The ease and perfection with which she (Bakshi) presented the songs are amazing. She has created an extraordinary fusion in her presentation of the songs keeping the flamenco flavour alive yet giving it that Indian touch, making this a cultural sangam of both Spain and India”, said H E José Maria Ridao, Ambassador of Spain in India.

Minu Bakshi said, “The Federico García Lorca show has been amongst my most difficult ones to date. There are various reasons for this. One, I was singing songs that I had never heard before. Two, I had only a month to prepare. Three, I had to maintain the original composition of the year 1931, the recording where the style of singing was completely different, the language, the Spanish was different from how we speak it today. The songs were sung at a speed that for a non-native Spanish speaker was difficult to follow. The next challenge was to memorise 10 songs.”

Bakshi has been conferred with the second highest order given to a foreigner by the King of Spain in 2014, ‘The Order of Isabella la Catolica’ by the Spanish Government for her contribution to the promotion of Spain and its culture. The singer has years of Hindustani classical musical training and is a professor of Spanish language at the prestigious Jawaharlal Nehru University, New Delhi, an accredited Spanish language interpreter for the Indian Government, chairperson of the NGO Savera (a society for the uplifting of underprivileged women and children) and the former Chairperson of the UK Asian Film Festival, London