Netaji’s nationalism drove the British out

Netaji’s nationalism drove the British out 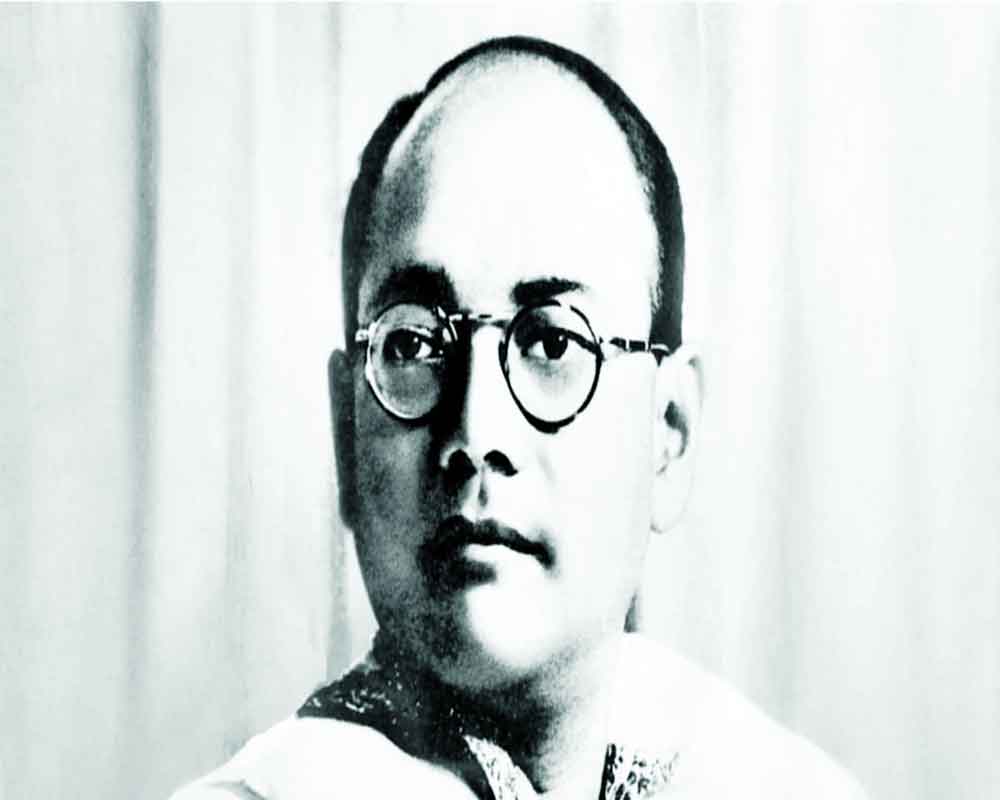 On September 12, 1944, from somewhere in Burma, a speech echoed and resonated in the minds of every Indian then and even till today. Netaji, in his revolutionary tone, commented: “We have resolved to create a united and free India, therefore, we shall oppose all attempts to divide her and cut her into bits.”

And after almost 78 years, a statue of Netaji Subhas Chandra Bose was installed at the historic India Gate and the path leading to India Gate has been recently named as the ‘Kartavya Path’. The path not only camouflages the iconic Subhas Chandra Bose and his vision of modern India, but also instils in the minds of every Indian, the primary duty to uphold the democratic principles incorporated in the legislature, the executive and the judiciary. It also ignites the spirit among the countrymen that India should always be united and dream of living in a free India and in the process, dedicate their lives in the establishment of India as a country that the entire globe views as a symbol of patriotism and unity in diversity.

The sense of nationalism that Netaji bore in his heart since his childhood and the activities that he carried on for the territory of India till his last breath, make him an iconic statesman.

Netaji, since his young age, was a socially conscious individual and during his days in the Presidency College in Kolkata. He was disturbed by the poverty and hardship that were faced by the people then. It was his sense of equality for all individuals that even made him question his stay at a three storied residence when he saw many beggars not having a roof over their head. And that made him even question the system of governance that created luxuries for a few but poverty for many.

That was his sense of nationalism for India that he envisioned even before India acquired her independence from the colonial rule. Nationalism for Bose was a transparent story of freedom for every individual where no one was dominated, and each and every individual had the equal amount of respect and liberty without any power expressing authority over them. This notion of nationalism that Bose had in his mind was visible in the events where he remained a witness to.

The history on Netaji depicts a story of his travel in a tram where he saw an Englishman sitting with his feet up, while an Indian gentleman was sitting in front of him. The Indian gentleman because of the fear of the colonial dominance did not raise his voice to it. But Bose was infuriated by this act of the Englishman and as such he asked him to put his foot down as he was spoiling the clothes of the Indian gentleman. The British man replied to Bose stating that the Indian can leave the seat if he had any problem with his foot being up. This made Bose very angry and seeing his rebellious nature towards establishing equality in the society, united the other Indians on the tram, and all joined Bose in the process of rebuking the Englishman.

However, Netaji’s desire to establish a society free of dominance faced a setback when the Indian person who suffered from the act of the Englishman got down at the next station, so as

to avoid more ugly scenes. On the one hand, it was that nationalistic approach of Bose that portrayed glimpses of Indian unity, but on the other hand, it was

the clutches of dominance from which the Indians never imagined they could get out, jolted Bose briefly in his dream of establishing a free India.

Bose figured out the process of uniting a section of the Indians when he realised that it was not non-violence but armed rebellion that would prompt the British to leave India. The sense of nationalism was also visible when he in his bold voice, gave the call for ‘Dilli Chalo’ in his iconic Indian National Army movement as well as the immortal quote of ‘You give me blood, and I will give you freedom’.

National Security Advisor of India Ajit Doval, in one of his speeches relating to Bose, stated that the British left India not because of Mahatma Gandhi, but because of the rise in nationalism and the spark Netaji created among the soldiers of Indian Army in the form of INA. Such was the aura of INA that even prompted the deeply loyal British Indian Army, Navy and Air Force to join hands in the fervour and energy that was unleashed by INA.

A visionary ahead of his time, Netaji was not only successful in raising the notion of Nation over community, religion and tribe but he also clearly understood the concept of diplomacy and foreign relations and he rightly applied the ‘Chanakya Neeti’ that speaks of “Enemy of an enemy is your friend’, and this principle helped him to form alliance with Germany and Italy, against the British and as a result of which he was successful in strengthening the concept of military force in India in the form of INA.

A pragmatic nationalist who respected divergent approaches and views, Netaji understood the soul of the Indian nation and as such, he envisioned a strong central government with a large amount of autonomy allowed to the minority communities and the provinces. Therefore, for these reasons, Netaji’s birthday in India, recently has also been tagged as ‘Parakram Diwas’.

Netaji’s idea of nationalism revolved around the concepts of equality, liberty and justice, individual freedom and balance of power and more importantly his nationalism for India laid in the concept of establishing India as a nation with complete overhauling and recasting of the stereotypical mode of existence, leading to genuine national solidarity that would in the longer run, give India the position of glory. He also believed that a Nation has no right to exist if it has no ambition, but he also emphasised on the fact that progress of a country should be broader and for the community as a whole rather than for fulfilling selfish ends.

But the struggle and ideas of nationalism of Netaji have been limited to a paragraph in history textbooks.