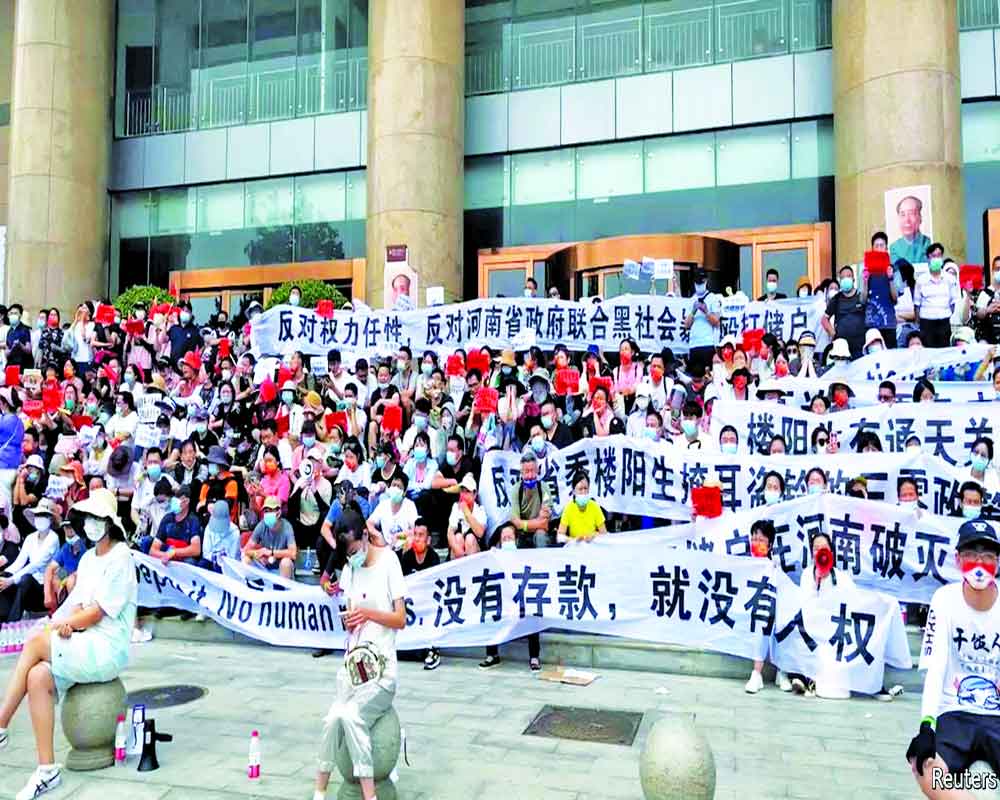 Pakistan and China, the two neighbours India is ill at ease have domestic problems that they must counter before they take on India

Despite the onset of the “campaigning season” in a couple of months, our security establishment must be heaving a much-needed sigh of relief. Clearly, both our primary adversaries, Pakistan and China, are presently facing extremely turbulent weather, much of it of their own creation, that is forcing their respective leaderships to concentrate on domestic matters only.

While Pakistan has for much of its existence hurtled from crisis to crisis, never of the scale that it faces today. That is saying a lot for a country that was split in two, just five decades back. The many-headed Hydra of terror groomed and unleashed against India and others, including Afghanistan, has finally turned on its master. Not only does it face an increasingly hostile Taliban unwilling to do its bidding along its western border, but also faces an existential threat from the Tehreek- e-Taliban-e- Pakistan (TTP)that is looking increasingly ominous.

Add to that a host of problems — a deeply divided socio-political milieu, popular separatist movements in the provinces, perceptible unhappiness with the Army Generals and their corrupt ways, and populations displaced by floods. But the straw that has broken the camel’s back is its inevitable decline into bankruptcy. Not only is it living on charity, but is clearly incapable of providing its citizens with their basic essentials of “roti, kapda or makaan”. It has little time or inclination to worry about India and will do nothing to disturb the existing ceasefire along the LOC. This, in no way, detracts from its efforts to interfere in Jammu and Kashmir, as the Jihadi Groups' very livelihood depends on its continuation, but it will remain at a low key. China, of course, is a very different matter, though facing its own set of fairly serious internal challenges that have forced President Xi on the back foot, though it is only a matter of time before there is a resurgence of economic activity. However, what appears to have changed, is that the level of control that President Xi and his CCP cohorts could exert has diminished, as their trustworthiness has taken a beating. Robust economic recovery will take time, especially the fixing of the broken housing market and State debt. This will provide only marginal relief to our security establishment because if Xi’s hold on power were to diminish, he could do what Mao did in 1962 and engineer a conflict.

While President Xi’s primary ambition may be to integrate Taiwan quickly, even he understands that doing so by an amphibious assault is an extremely hazardous venture. The Allied D-Day amphibious assault at Normandy was undertaken with overwhelming superiority, with no air or naval threat to speak of. The landing force consisted of 5000 ships and over 200,000 men and was opposed by just 80,000 men with one Panzer Division located in Normandy. Moreover, the landing sites were four hours distant from the British Ports, and the Allies were assured of active support from the French Resistance. Despite all this General Eisenhower admitted he was unsure of victory. An amphibious assault on Taiwan would involve a nine-hour crossing, with the PLAN armada facing an extremely hostile opposition, in terms of surface ships, submarines, aircraft, and missiles. Even if it did finally land on Taiwan’s shores and consolidate its invasion, it would face a pretty robust insurgency. Surely, the last thing Xi needs is a repetition of Putin’s folly in Ukraine.

So, he must seek his low-hanging fruits elsewhere, and where better than along our LAC. Here he is confronted by a leadership that makes a lot of noise but appears keen to maintain the status quo and is terrified of escalation. The threat of India as competition in the future is greatly reduced as it would keep India tied down to its own backyard, forced to invest on strengthening its military. More importantly, it secures his flank, if he were still keen on pursuing the Taiwan venture. But there is this small slip between the cup and the lip he can ignore only at his own cost. As the lessons of the ongoing Russo-Ukrainian war make clear, his huge administrative bases in Tibet, connected to the mainland by a tenuous 2000 Km Road and train link, are in jeopardy, as being a high-altitude desert, they are relatively easy to locate and destroy, despite the PLAs best efforts.

However, the biggest chink in its armour is the quality of its soldiers. Organised on the lines of the Soviet(now Russian) forces, they are primarily dependent on poorly trained or motivated conscripts, with zero combat experience. That hasn’t gone too well for the Russians and must worry the Chinese leadership as well. Especially since it faces a regular well-trained and motivated military with ample combat experience in high altitudes and mountains. At least, that is till Mr Modi’s pet Agnipath project seriously impacts the military, as it is bound to. Clearly, the attack at Yangtse was a fishing expedition to check out our alertness and his own quality of troops. That not having gone well, gives us a brief window to prepare. Let’s not waste it and regret it subsequently.