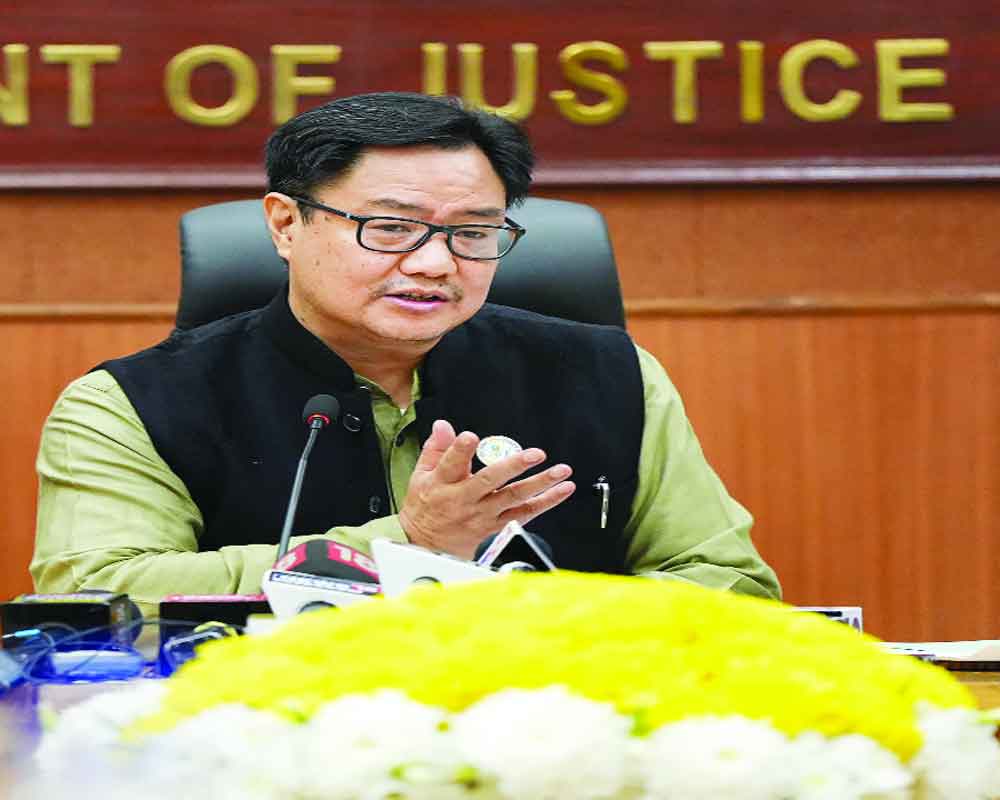 Continuing his campaign against the  judiciary, Law Minister Kiren Rijiju on Tuesday said it was a “matter of grave concern” that the Supreme Court Collegium put in public domain certain portions of sensitive reports of the Intelligence Bureau (IB) and the Research and Analysis Wing (RAW) while  reiterating the apex court’s  recommendation for elevation of five advocates as High Court Judges.Addressing a press conference at his Ministry’s function on e-courts, Rijiju said Intelligence agency officials work in a secret manner for the nation, and they would “think twice” in future if their reports are made public, and making their reports public “will have an implication.”

“Putting the sensitive or secret reports of the RAW and IB in public domain is a matter of grave concern on which I will react at an appropriate time. Today is not the appropriate time,” Rijiju told reporters amid a volley of questions in this regard.

This is for thfirst time that the Government has reacted to portions of these reports that were put in public domain by the Supreme Court Collegiums. Asked whether he would ‘sensitise’ Chief Justice of India (CJI) DY Chandrachud in this regard, the Law Minister said he often meets the CJI. “We are always in touch. He is the head of the judiciary, and I am the bridge between the Government and the judiciary so we have to work together. You cannot work in isolation,” he said. Rijiju also referred to certain statements and tweets by politicians and lawyers slamming him for lowering the dignity of the top court by commenting on the Collegium. He said while appointments are an administrative issue, judicial pronouncements are “totally different.”

“I am not commenting, or nobody should make any kind of comment when it is a judicial order. Some people may say that certain remarks are made which compromise the independence of the judiciary. So let us be very clear. When we are talking about the appointment process — this is an administrative matter. This has nothing to do with judicial order or pronouncement,” he said.

Meanwhile, noted lawyer and former Law Minister Kapil Sibal condemned Rijiju’s speech on Monday in which the Law Minister had said that though judges are not elected by people but they should bear in mind that people are watching their verdicts in this age of social media. “Are all your controversial statements meant to strengthen the judiciary? You might believe it. We lawyers don’t,” said Sibal.

The Supreme Court Collegium  on January 19, reiterated its recommendation for appointing five judges, rejecting the intelligence agencies reports against them.