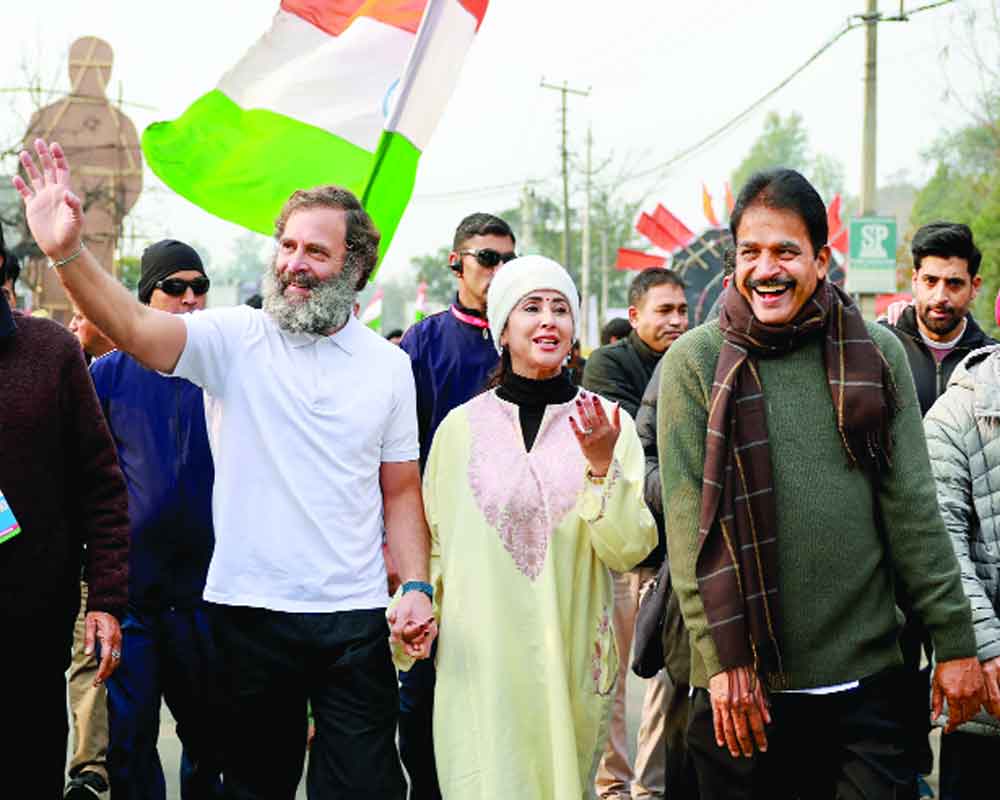 Congress leader Rahul Gandhi on Tuesday tried to douse yet another controversy triggered by senior party leader Digvijaya Singh who questioned  India’s  ‘surgical strikes’ against  Pakistan. The   BJP accused the Congress of insulting the armed forces in their hatred of Prime Minister Narendra Modi.

Terming Digvijaya Singh’s views `ridiculous’, Rahul said, “The party completely disagreed with his statement. The Indian Army does not need to prove anything. The Armed Forces do their job exceptionally well.” Rahul was talking to  reporters  enroute Srinagar.

Singh on Monday had accused the BJP Government at the Centre of “spreading lies” about surgical strikes.

“They (Centre) talk about surgical strikes and that they have killed so many of them but there is no proof. All they do is spread lies,” he said.

After his comments, the BJP hit out at the Congress.

The BJP said  the Opposition was blinded by its “hate” for the Prime Minister and  had “insulted” the Armed Forces.

On Tuesday while responding to several media questions Rahul himself set the record straight. “There are people who will say ridiculous things during conversation. I’m sorry to say so about a senior leader, he said a ridiculous thing,” Gandhi told reporters during the press conference.

“We have full trust in our army. If the army performs any task, there is no need to give any proof. I completely disagree with his statement and this is the official position of the Congress party”, Rahul emphasised when quizzed repeatedly.

Asked about action being taken by the Congress against Singh, Gandhi said the Congress is a democratic party and “not a dictatorship”.

“We don’t run our party on the principle of coercion. We don’t appreciate Singh’s personal views. But views of the party are above Digvijaya Singh’s views. The views are generated from the conversation within the party. I would like to assure you that his views…are not views that are held by the centre of the party,” he said.

Gandhi said it is in the culture of the Congress to allow conversations. “Sometimes when those conversations happen  people who have extreme views tell their views. So we try to manage a conversation. In the BJP and the RSS there is no conversation. They just decide that this is what is going to be and nobody can talk after that.” He said.

To another question whether Digvijaya Singh’s statement has undone the good work of Bharat Jodo Yatra, Rahul claimed, “I think, the yatra has achieved something fundamental and very powerful. What the yatra has done already and this cannot be changed now, it has shown that there are two visions of India. One is a hate filled, arrogant, cowardly vision and other is love filled, embracing, and brave vision and it has made those two visions absolutely crystal clear”.

Rahul further elaborated, “Not just myself, millions of people have walked across the breadth of this country. They have supported this yatra and this yatra has changed the narrative in the country. You, in the media, might not like to accept it, but it’s a fact and nothing can change this”.

“One or two comments that are said by a leader, are not going to change the fundamental fact that the yatra has been a success. The yatra has brought India together, the yatra has shown that Indian people believe much more in love and affection than in hatred and anger. So, I am quite pleased with what this yatra has achieved” Rahul explained.

Rahul alleged the BJP and RSS spent huge sums of money  to distort his image. “ Thousands of crores can’t hide the truth and you have witnessed it. The truth always comes out,” the 52-year-old said when asked if the Congress was spending crores of rupees to counter his ‘Pappu’image