Even when wickets were falling, my intent was to punish the bad balls: Shubman Gill

Even when wickets were falling, my intent was to punish the bad balls: Shubman Gill 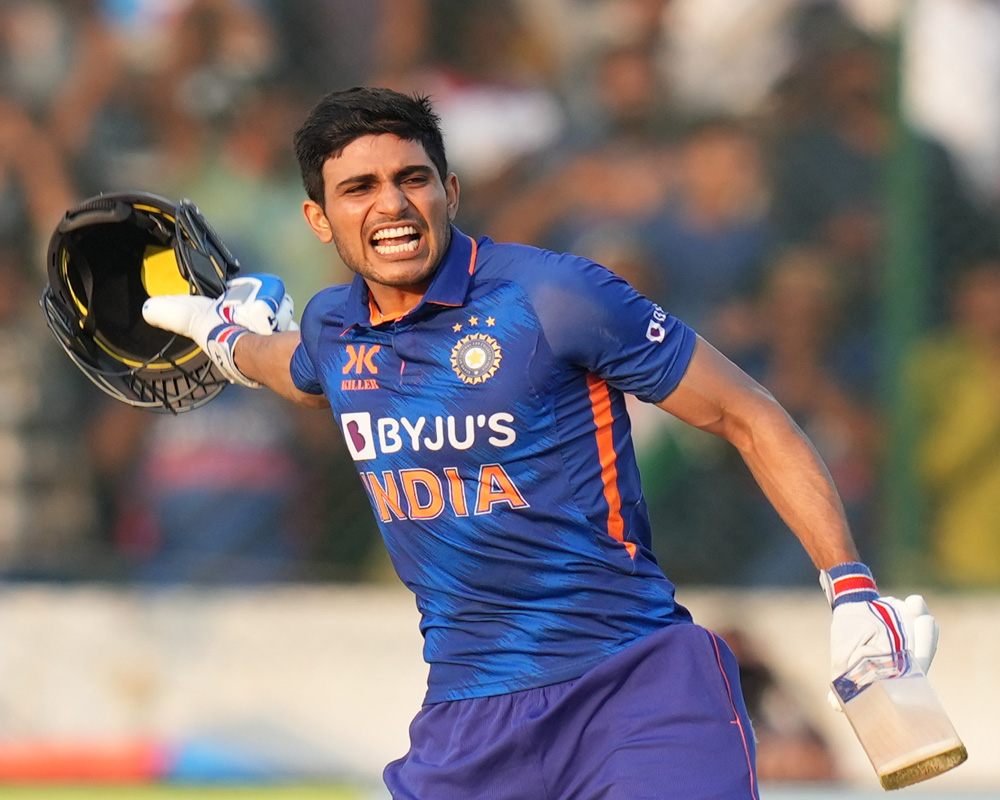 Shubman Gill feels his intent to look for boundaries despite wickets falling at the other end contributed immensely to his sensational double hundred in the first ODI against New Zealand.

While the wickets were falling regularly at the other end, opener Gill batted till the 50th over to script a knock for the ages.

Thanks to Michael Bracewell's breathtaking 140 off 78 balls, New Zealand came dangerously close to chasing down 350 but the barrage of sixes that Gill hit in the death overs made the difference.

The gifted Gill was not getting support from the other end but he kept looking for the odd boundary in the middle overs before going ballistic in the death overs. He hammered six sixes in the last 10 balls he faced.

"This knock means a lot to me. I could not convert in the first ODI and third game (against Sri Lanka), I was looking to get a big score but it didn't happen. Once I was set, the focus was to score as may runs as possible.

"With the extra fielder inside the circle (in overs 11-40), we see the other teams pushing in the middle overs. Even when wickets were falling, I wanted to show intent to the bowlers because it's very easy to bowl dot balls if the batter is not showing intent.

"So, that was my intent when the wickets were falling that 'I will hit you if you are going to bowl bad balls'," the 23-year-old spoke about his mindset during his sensational innings.

What stood out was his ability hit straight sixes. He ended up tonking nine of them on Wednesday. With the batters getting dismissed at the other end, the message from the dressing room kept changing but it was the 47th over when Gill decided to go after every ball.

"I think once in England I had hit six sixes in seven balls. I was itching to unleash myself but with wickets falling at regular intervals and the message from the dressing room was that I have to bat till the end.

"So, that is why I had to play in a safe manner so that a set batter doesn't get out. If I had got out, it would have been difficult for the lower order batters to hit boundaries.

Gill is starting to show the consistency that is expected from a rare talent like him and he is glad about that.

"Consistency is very important for me, it's the key to everything. As a batter that is what I strive for in any format. It feels good when things you are doing repeatedly are paying off," said Gill, whose father has been his primary coach since he took up the game.

After a memorable double ton, he spoke about his father and mentor Yuvraj Singh.

“Yuvi paaji has been a mentor to me, like a big brother. I keep discussing about my batting with him and my dad has been my primary coach since the beginning. I am glad I could make them proud.”

India all-rounder Hardik Pandya was adjudged bowled but replays suggested the ball did not hit the stumps. It could have been wicketkeeper Tom Latham's gloves that knocked the bails off but the third umpire ruled it in favour of the away team. However, Gill had his doubts on the dismissal.

"As a non striker batter I did not think the ball hit the stumps when I was watching the replay. Sometimes there is a blind spot you can't really tell what happened.