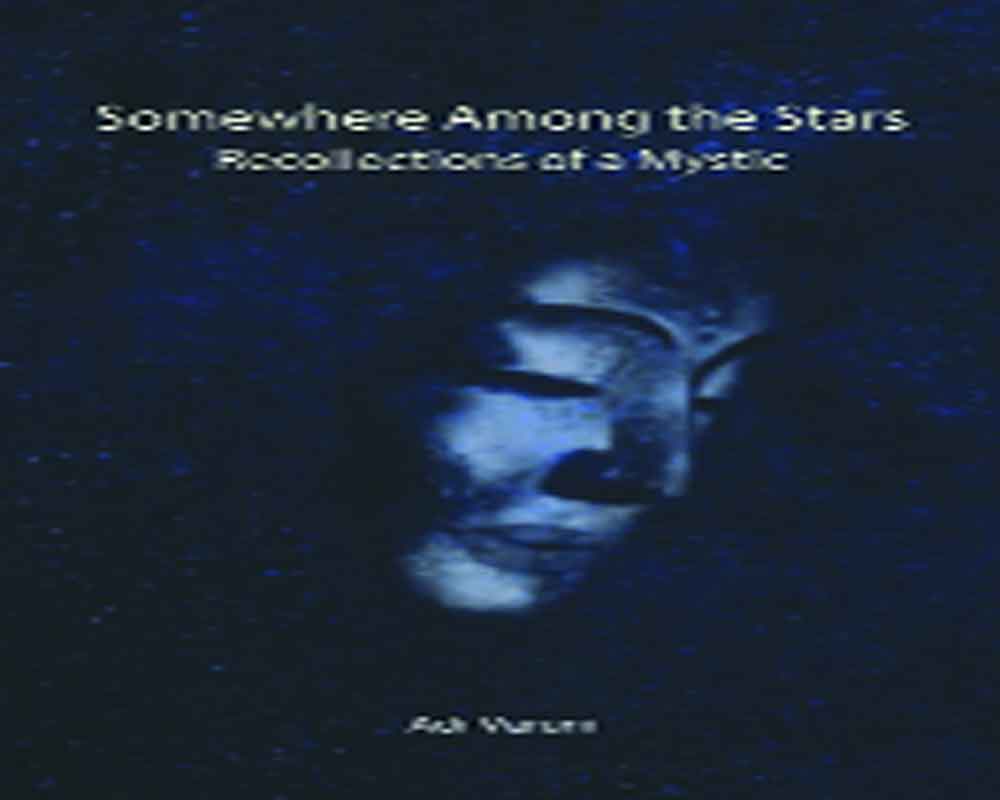 Somewhere Among the Stars: Reflections of a Mystic

The book delves in the concept of consciousness, reality, space and time from a Vendantic perspective, chronicles a woman’s journey for love and truth. As the story unfolds, it takes the reader on the journey of self-exploration, discovery and self development.

Somewhere Among the Stars released last year and is being formally launched at JLF 2023 this year.

A woman’s inner quest for Love and Truth across lifetimes and dimensions of being...  an adventure of consciousness through rare terrains of Vedanta and Yoga.

Decades ago, when an unknown Norwegian teacher wove nuggets of philosophy into a mystery, it gave birth to the all-time bestseller Sophie’s World, in which Sophie, all of 14, returns from school one day to find two letters, each with a question—’Who am I?’ and ‘Where does the earth come from?’ Sophie felt her brain stirring as she contemplated philosophy.

Adi feels his soul stirring as he contemplates Vedanta. Falling in love with the elderly and serene Ahana, a voice in his head compels him to write Ahana’s story, bringing alive fascinating dimensions of Vedantic mysticism. When she recounts her meetings with Krishna, ‘my Krishna’, across epochs and universes, Adi is spellbound, and restless to understand Krishna’s answers to Ahana’s questions.

When it suddenly falls into place for Adi that it was Ahana who had brought him to Almora and to Vedanta, and that he has veiled memories with her in past lives, he knows he has to go back and ask her one last time.

As Ahana gradually absorbs into silence, this Sophie’s World meets Vedanta mesmerizes you with its depth. If there ever was a beautiful, simple story to introduce Vedanta and explain our existence, then this is the one.

Medical Maladies: Stories of Disease and Cure from Indian Languages

This pioneering anthology by Niyogi Books brings together 19 fascinating short stories, translated into English from Indian languages—Assamese, Bengali, Hindi, Kashmiri, Marathi, Malayalam, Punjabi, Odia, and Urdu—demonstrating a spectrum of medical cultures in India. The thought-provoking and compelling stories address a wide array of themes and topics, including the individual and social crises during epidemics, medical pluralism, patient care, medical paternalism, disease-mongering, medicalization, and medical ethics, amongst others.

Ranging from the early 20th century stories to contemporary ones, the compendium includes pieces by canonical authors such as Tagore, Premchand, and Manto, as well as by medical practitioners such as Rashid Jahan and Shirin Shrikant Valavade. The anthology garners refreshing insights and offers a new understanding of the interrelationship of literature and medicine.

Diamonds are Forever, so are Morals

The diamond industry is one of the ancient industries of India. It is unique as at the core of its business dealing is trust and faith. A fascinating story of a village boy who, in order to support a large family, started working as a diamond cutter and today is one of the leading diamond merchants in the country.

Govind Dholakia, whose biography Diamonds are Forever, So are Morals was recently published by Penguin Random House India, attributes his success from rags to riches to his family, the unseen force, and honesty.

The book is  an insightful journey into the world of diamonds and how moral ethics in business have led him to build and lead a multi-billion empire.

With a brilliant foreword by Lord Bhiku Parekh and endorsements from Prime Minister Narendra Modi, Dr. Mansukh Mandaviya, and others, the book could serve as a source of inspiration for all who aspire to grow their organizations with trust and ethics as the backbone.

Diamonds Are Forever is a tongue-in-cheek narrative, which is penned meticulously by an engineer-scientist and an educationalist. This book is going to be a modern roll-in-one of Law of Success by Napoleon Hill, How to Win Friends and Influence People by Dale Carnegie, and Wings of Fire by APJ Abdul Kalam.

ARUN TIWARI is the celebrated pupil of Dr. APJ Abdul Kalam and the co-author of his autobiography Wings of Fire. He is also the author of APJ Abdul Kalam: A Life after Dr. Kalam’s death, which is considered the most authentic account of India’s advancement in technology.

KAMLESH YAGNIK is a long-standing associate of Govind Dholakia and is the President of Sarvajanik University as also SRK Knowledge Foundation.