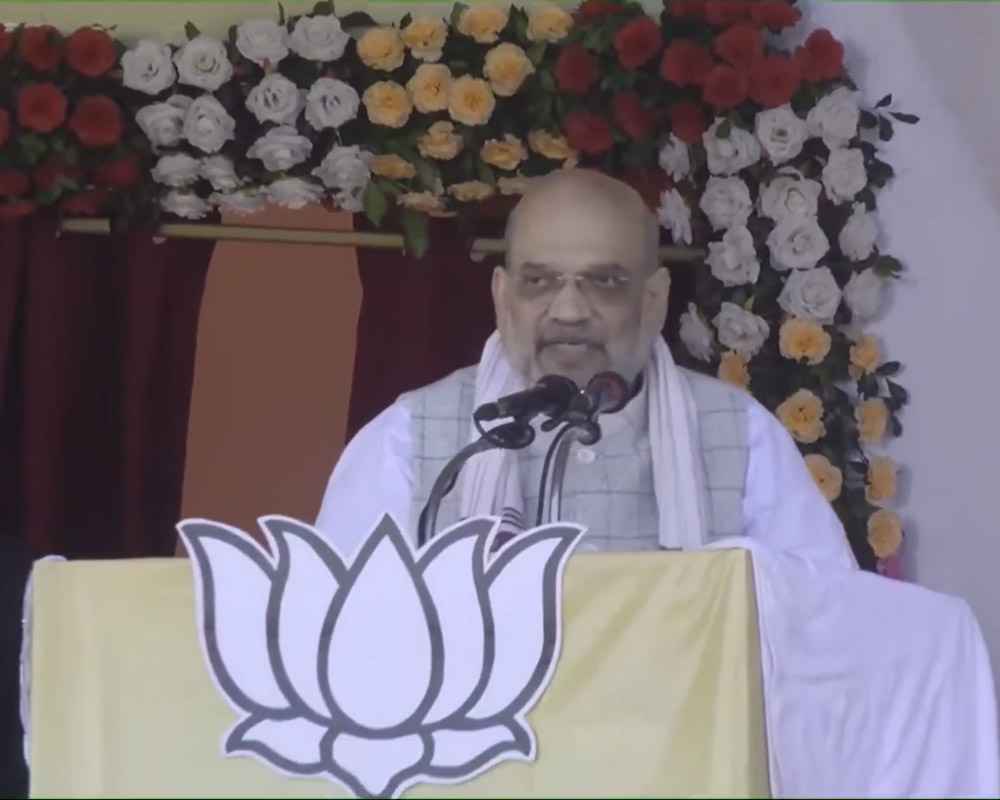 Accusing Soren of "destroying Jharkhand", Shah claimed that the JMM dispensation has indulged in "looting" mineral resources and "betrayed" tribals in the name of 'khatiyan'.

The Hemant Soren government, which has also accused the BJP of "plundering" the state's wealth, wants to prepare a list of original residents of the state based on the 1932 land records which would implicitly identify a large number of non-tribals as later migrants.

"The Hemant Soren government must check infiltrators, out to grab land, by marrying tribal women," Shah said while addressing 'Vijay Sankalp Maha-rally' in West Singhbhum district's Chaibasa, around 150-km away from the state's capital Ranchi.

The programme is being viewed as the beginning of the campaign for the 2024 Lok Sabha elections.

Claiming that “corruption has peaked” under the JMM-led dispensation in the state, Shah said the state government has “handed over Adivasi land to infiltrators”.

He also stated that the "BJP will win all 14 Lok Sabha seats" in Jharkhand in the 2024 elections.