Meditation is about self-knowledge

Meditation is about self-knowledge 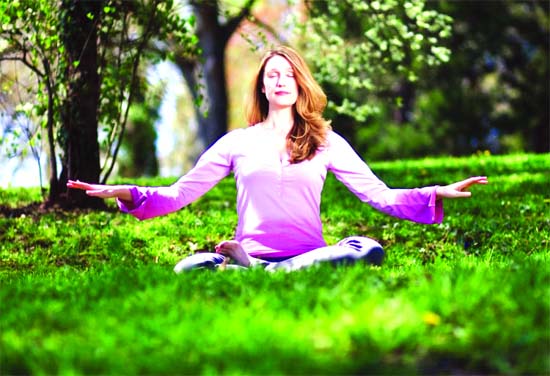 Merely focusing the mind on an idea, an image, or a phrase and excluding all other thoughts is not meditation, says Jiddu Krishnamurti

To understand what is right meditation is really a complex problem, and to know how to meditate, how to be in the state of meditation, is important; but to follow any system, whether Occidental or Oriental, is not to meditate. When you follow a system, all that you learn is to conform, to shape the mind to a particular pattern or drive it along a particular groove. If you pursue it ardently enough, you will produce the result that the system guarantees, but surely, that is not meditation.  You can see that those who pursue a system, who drive the mind into certain practices, obviously condition the mind according to that formula. Therefore, the mind is not free. It is only the free mind that can discover, not a mind conditioned according to any system, whether Oriental or Occidental. Conditioning is the same, by whatever name you may call it. To see the truth there must be freedom, and a mind that is conditioned according to a system can never see the truth.

Now, to see the truth that there can be no freedom through the discipline of any system requires the understanding of the process of the mind, because the mind clings to systems, to beliefs, to particular formulas. To discover the truth of that, surely you have to see that you are caught in a system, and to be aware of the process by which the mind gets caught in a system is meditation. To be aware of the whole process of thinking is self-knowledge, is it notIJ

So, meditation is the beginning of self-knowledge. Without knowing the process of your own thinking, merely to sit in a corner and go off into silence, or whatever you do, is not meditation — it is just a wish to become, to acquire, to gain something. And obviously, concentration is not meditation. Merely focusing the mind on an idea, an image, or a phrase and excluding all other thoughts is not meditation, is itIJ You may learn concentration in that way, but concentration is exclusion, and when the mind excludes, it is not free. Why do we want to focus the mind on an image or an idea, or practice a system of so-called meditation — the more mysterious the betterIJ Because we think that by concentration, or through prayer, the constant repetition of certain words, the mind will be made quiet. As I said, concentration is a process of exclusion. We choose an idea and dwell on it, and while we are forcing the mind to concentrate on it, other thoughts come in; so, there is a conflict going on, and we spend our energy in this wasteful battle.

But if we can be open to each thought as it arises and understand it, then we shall see that the mind does not revert to any particular thought. The mind reverts to a thought because it has not understood it; that is, what is not understood is repeated over and over again, and mere exclusion will not prevent it. So, concentration, which is exclusion, is not meditation. Most of us want to live exclusively, with our private memories, private experiences, private knowledge; and concentration, which we call meditation, is merely a further process of self-enclosure, self-isolation. But the mind can never be free through isolation, however wide your projected idea may be. Now, you can force the mind to be quiet through what is called prayer, the constant repetition of words, but when the mind is hypnotised into quietness, is that a state of meditationIJ Surely, that only dulls the mind, does it notIJ Though the mind may be pacified through discipline, which is based on the desire for particular results, such a mind is obviously not a free mind. Freedom can never come through discipline.

Krishnamurti’s discourse at New York in 1950