When Dayananda got enlightenment

When Dayananda got enlightenment 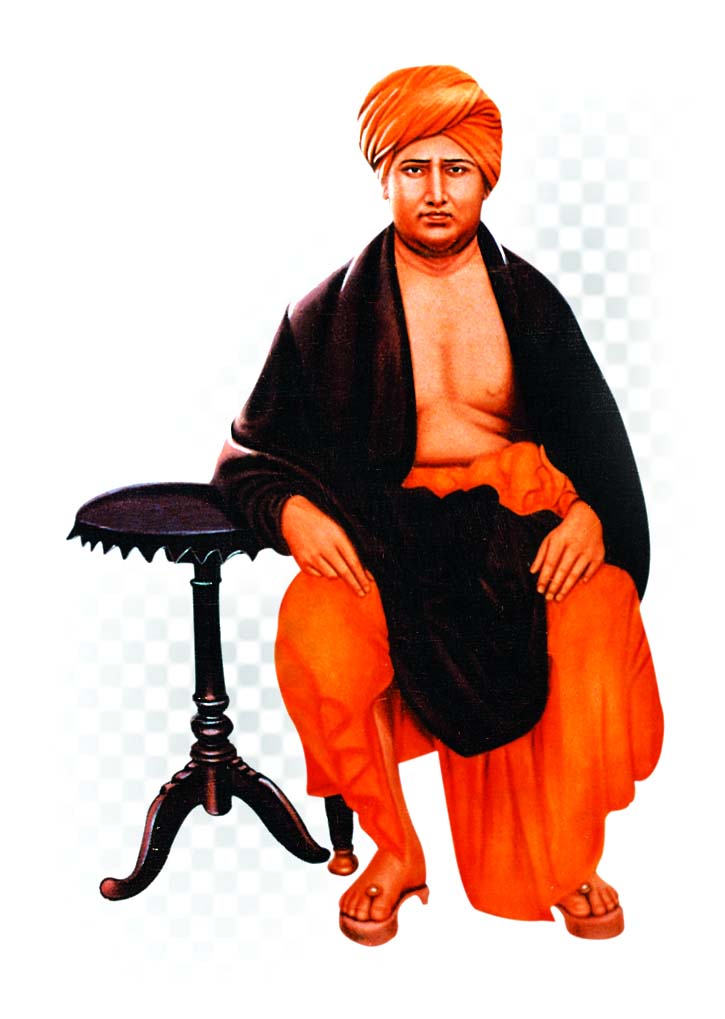 Shivaratri is significant not only for Shiva devotees but also for Arya Samajis, as Dayananda got true wisdom on that night, writes Ashok Vohra

It was on the night of Shivaratri in 1838 AD that a simple experience in a Shiva temple transformed Mool Shankar to Swami Dayananda. He saw a rat climbing over the Shivalinga and eating the offerings to the lord. The sight filled Mool Shankar, who was just 14 years old then, with disgust with the prevalent Hindu rites and beliefs. He thought, “Can the killer of most formidable demons, the all powerful Shiva, be so weak that he cannot shoe away a small ratIJ” The seeds of rebellion and moral discomfort with the prevalent and pervasive idol worship in Hinduism were sown in his mind.

The desire to take sanyasa had first come to Mool Shankar’s mind when he watched his sister, who was two years younger to him, dying of cholera. The urge was reinforced when his uncle, who was also his teacher, passed away. Seeing the lifeless body, he reflected, “I shall also have to face death one day. I must devote myself to the path of salvation”. He had learnt that mukti (emancipation) is not possible without knowledge and right knowledge is not possible without self-learning and reflection (swadhyaya) and practising of the yoga. Therefore, he set before himself the task of studying the Vedas; perform yoga and enter into debates with the other scholars. like Shankaracharya, he travelled all over India for this purpose. He was a great exponent of Sanskrit language — the language of the Vedas and debated with his opponents in Sanskrit. However, later he started lecturing and debating in Hindustani.

He formally became a sanyasi at the age of 24. He took his diksha (baptism) from Swami Purnananda Saraswati on the banks of Narmada. Swami Purnananda Saraswati gave him the name Dayananda Saraswati. Based on his study of the original Vedas, Dayananda concluded that due to vested interests a number of dogmas and superstitions have crept into Hindu ethical, moral and social practices. Unlike Buddha and Mahavira, he did not reject the Vedas but argued for their unbiased interpretation. He urged his followers to eradicate the misconceptions and annihilate the malpractices based on them.

After a whirlwind tour of the country and after participating in several debates with a number of scholars, Dayananda reached Mathura. Here he met Swami Virjananda who readily took him under his tutelage. Swami Virjananda, blind by birth, was a strict disciplinarian and was even a far greater critic of the prevalent dogmas and superstitions in Hinduism. He dissuaded Dayananda from studying the books by the modern authors and persuaded him to study the original Vedic texts. Dayananda studied the Vedas and other shastric texts under his tutelage for about three years.

At the time of parting, Swami Virjananda enjoined upon Dayananda to “destroy the avidya (ignorance) about the Vedas and spread the true Vedic dharma in the world”. Henceforth, Dayananda made it his life’s mission to spread the authentic rules of human conduct as propounded by the original Vedas. Soon after leaving Mathura, Dayananda started lecturing extensively and spreading his thoughts among the masses.

Much before Mahatma Gandhi and BR Ambedkar he upheld that the Vedas should be read by one and all. Everyone irrespective of the class, caste, religion, sex, etc, should benefit from the teachings of the Vedas. He realised that the Vedas in their original Sanskrit were inaccessible to a very large section of the society. Vedic Sanskrit leaves a scope for the crooks to interpret the teachings to suit their individual or collective nefarious purposes. To overcome this limitation and to make Vedas accessible to all, Dayananda translated them into Hindustani. His comments, explanations and observations were published under the title Satyartha Prakash.

Soon after his Calcutta visit he established the Arya Samaj on April 10, 1875. The founding principle of the Arya Samaj is equality between the sexes, equal rights for all individuals, and justice for all, irrespective of their class or caste or nationality. It summarily rejects the varnavyavastha based on birth as advocated by Brahmanism. It accepts only those classifications which are based on the competence and interest of the individuals and communities. In the Arya Samaj, therefore, karma alone is the basis of classification.

Dayananda abhorred all kinds of untouchability and discrimination. He said, “The one who upholds the highest principles and ideals is an Arya; and those who lead a life of debauchery and follow evil principles are scoundrels.” The Swami was a strong exponent of women’s rights. He argued that in Vedic society women were accorded as much respect as men; they had right to education and enjoyed freedom to marry the person of their choice; they had as much economic independence as men and participated equally in the decision-making process. Though he believed that marriage is a life-long commitment, he was a staunch advocate of widow marriage.

The Arya Samaj grew into a powerful institution. It created a revolution in the education of boys and girls by establishing a number of DAV schools. Besides education, the Arya Samaj movement changed the form of life — the value system, the religious practices, and the birth, marriage and death rituals. One wonders if all these things had happened, had the rat not woken him up from his dogmatic slumber.

The writer teaches philosophy in University of Delhi