We need a tech zoom lens

We need a tech zoom lens 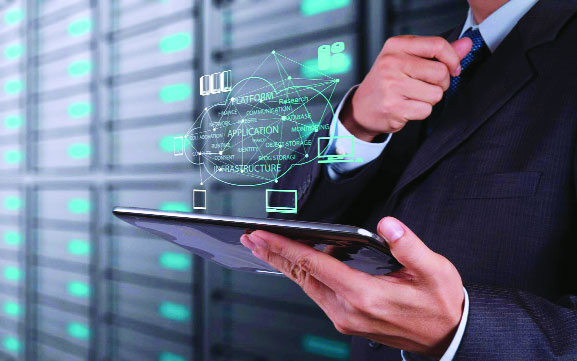 Using forecasting techniques, Governments and industrial organisations around the world have made estimates of various social and economic parameters, such as growth of future labour force, population size et al. India must not lag behind

For the last decade or so, the Government has been strongly encouraging the Indian firms to come up with indigenous innovations in product manufacturing and services. To promote innovation, the policy-makers have made an attempt lately to increase India’s expenditure on Research and Development (R&D). However, India’s expenditure on R&D is significantly below. It is just two per cent of its gross domestic product (GDP), which is the benchmark value that most innovative countries spend on R&D.

Furthermore, India never really made a forward-looking strategic plan to distribute this R&D expenditure on emerging issues of the future. As a result, the country is usually a late entrant to new technology. By the time India musters the technological development process and is capable to put its imprint, the world has moved up the technological ladder in the same, or technological space moves in a different direction. Thus, Indian firms find little space to enjoy the gains of innovation.

How is it that some industries and Governments in other countries are able to invest in the right area and at the right time? This is also true of smaller countries in the Far East, like Korea and Taiwan. Do they follow a strategic plan to direct their R&D expenditure? Or is that there is a scientific way to identify the emerging technologies?

Over the years, most countries have used forecasting as an important input in the process of planning future development. Using forecasting techniques, governmental and industrial organisations have made good estimates of various social and economic parameters, such as growth of the future labour force, employment levels, population size, demographic distribution, gross national product (GNP), et al. These forecasts were used as inputs for the decision-making processes.

Incidentally, most innovating nations have effectively attempted to forecast the future of technology and deployed resources accordingly to gain from the first-mover advantage.

Technological forecasting (TF) principally deals with the prediction of the future of useful machines, procedures or techniques. Thus, TF can be considered as a system of logical analysis that leads to common quantitative conclusions about technological attributes and parameters, as well as technical and economic attributes.

In other words, technology foresight is a process by which one comes to a better understanding of the forces shaping the long-term future that should be taken into account in policy formulation, planning and decision-making. Therefore, it is closely tied to planning but it is not planning but merely a step in the process of planning.

Countries, like Japan, the United Kingdom, France, Germany and the United States are the forerunner in this discipline. For instance, TF exercise in Japan involves more than 2,000 top rated scientists/academia/technologists to map out the evolution of possible technologies in the next 25 years of the time horizon.

The latest exercise has listed out more than 400 technologies and there exists a strong lineage of these identified technologies with fund allocation for R&D by policy-makers.

Today, everyone is amazed at the pace of technology development in China. A lot of it can be ascribed to TF exercises. Technology foresight in China in a broad sense can be traced to the 12 years of scientific development planning made in 1956 when over 1,000 excellent scientists participated in works ranging from technology selection, priority setting, subject arrangement and resource distribution.

In 1983, the Chinese Academy of Sciences (CAS) organised a large-scale survey on 15 years (1985-2000) of science and technology development planning with a view to make the disciplinary development strategy and sponsor policy which promoted the development of forecasting studies in China. In 2003, China launched the project, ‘Technology foresight towards 2020 in China’, consisting of eight main research fields, comprising 32 sub-fields and around 409 topics from the above 32 subfields. The academic team consisted of 60 top scientists from four research fields along with more than 320 scientists from 32 subfields.

(i) The solar cell will be developed successfully, whose transfer efficiency reaches as high as 50 per cent.

(ii) The new technology about biological energy will be developed successfully, which can continuously produce ethanol with straw, biological diesel, hydrocarbon compound and so on.

(iii) The metal material obtains largescale use, which is of high intensity and lightweight.

(iv) The most secure and cheapest control technologies of largescale electrical network obtain a widespread use;

(v) The technologies about biological processing and mining for crude oil develop successfully.

(vii) The technologies about biochemistry, immunity and gene apply to food quarantine.

(viii) The important character gene, which decides the yield, quality and resistance of crops, obtains comprehensive annotation and gets practical use with biological technology.

(ix) The 10nm processing technology obtains widespread usage in the scale production, and integration rate of the integrated circuit achieves the 1,000G transistor;

(x) The defence and monitoring system of harmful biology will be established for public security.

Similarly, the most feasible 10 topics according to the integration of ‘technological possibility and commercial feasibility of technology’ topics are listed below:

(i) The important character gene which decides the yield, quality and resistance of crops, obtains comprehensive annotation and gets practical use with biological technology;

(ii) The measure of genome sequence about main economical plant and micro-organism will be completed;

(iii) The use of biological technology will speed up the process for breeding, and the crops breeding will use the technologies of molecular design;

(iv) The epidemiology model and the trend analysis technology about main disease will be established;

(v) The rules of main metabolism network and metabolism regulation will be elucidated;

(vi) More than 300 animal models will be established with the technologies of biology model, trans-gene and gene knock out;

(vii) The rubber with high performance obtains large-scale use;

(viii) The defence and monitoring system of harmful biology will be established for public security;

(ix) In order to eliminate the anxiety about transgene productions, the standardised safe evaluation system, which includes the technology for monitoring and examination of transgene biology, will be established;

(x) The technology system of plant breeding and fertilisation, which includes nitrogen fixation and high-use efficiency of elements, such as nitrogen, phosphorus and potassium and so on, will obtain widespread use.

Thus, one can see that TF exercise is a serious business in China. Moreover, these have also been seriously debated in various fora. Unfortunately, India has never attempted a serious endeavour of this kind, barring half-hearted attempts made by the Technology Information Forecasting and Assessment Council (TIFAC). So, it is not surprising that India has not even been able to leapfrog in the technology front.