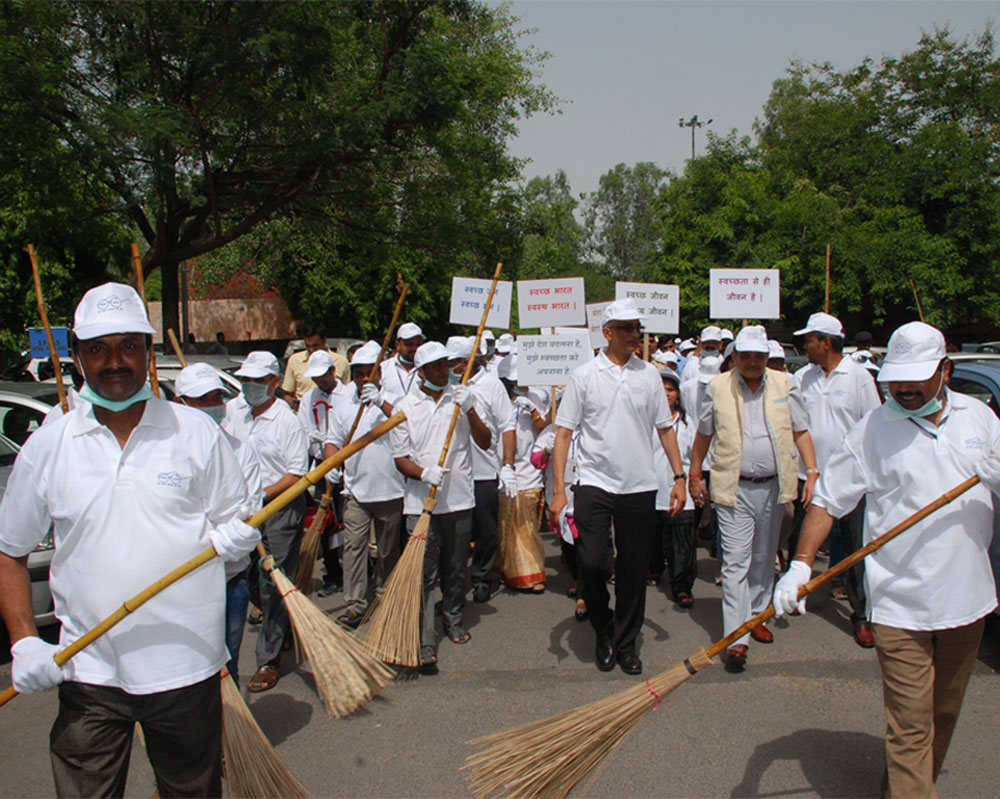 The sanitation coverage in rural India under the Swachh Bharat Mission has more than doubled to 92 per cent and the country is on its way to become open defecation free (ODF) by next year, a top government official said Thursday.

The sanitation coverage in rural areas was 39 per cent as on October 2, 2014 when the Swachh Bharat Mission was launched.

Addressing a press conference here, Parameswaran Iyer, Secretary, Drinking Water and Sanitation, said as on date the sanitation coverage in rural parts of the country is 92 per cent and over 8.3 crore toilets were built in the last four years in villages across the country.

"This programme is the largest behavioural change programme in the world and 4.3 lakh villages have become ODF till now," he said.

As many as 444 districts have become open defecation free, but there are only nine such in Uttar Pradesh and four in Bihar, the official said while responding to a question.

Till date, 19 states and Union Territories have become ODF, he said.

Iyer said this success has been achieved due to a  difference in approach, political commitment and making the mission a mass movement.

On the occasion of the fourth anniversary of the popular mission, various programmes will be held across the country under the theme 'Swachhata Hi Seva' in which the emphasis will be on reinforcing the concept of sanitation as everyone's business, he said.

The programmes will start on September 15 and conclude on October 2.

The secretary said the four-day Mahatma Gandhi International Sanitation conclave will also be organised to mark the fourth anniversary of the clean India programme, where the government has invited ministers of sanitation ministries working in various countries.