Bashir’s ouster not enough to save Sudan

Bashir’s ouster not enough to save Sudan 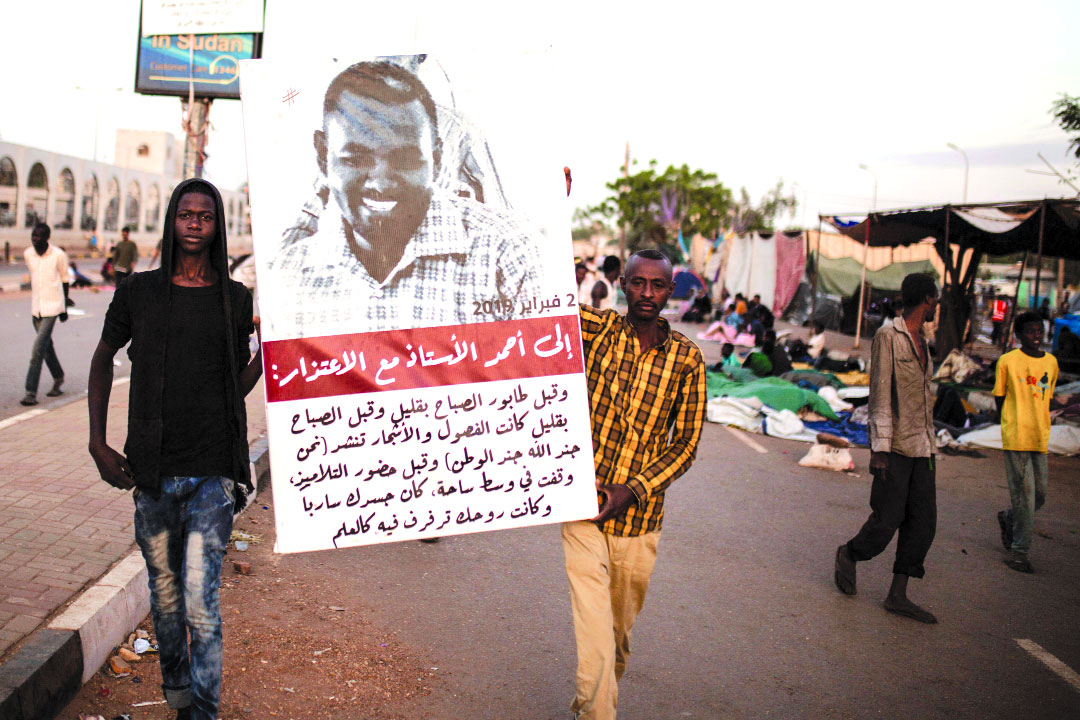 A nation in tatters after long autocratic rule of Bashir now demands a democratically elected Government, budgetary transparency, end of corruption in high public offices and uprooting of the old clusters of the ruling National Congress Party from key positions in the country

Sudan and its people heaved a sigh of relief after dethroning notorious Omar al-Bashir, who ruled the country since 1989 with an iron fist. The people of Sudan have earned respect and admiration from all quarters around the globe for Omar’s ousting, something considered impossible for almost three decades.

The most significant part of this peaceful uprising was the unprecedented traction among women, many of whom had suffered under the brutal Bashir regime.

How this uprising started? Who initiated this process to overthrow an all-powerful Bashir? Lt General Bashir seized power in an Islamist backed coup in June 30, 1989. He became the President of Sudan, when the Revolutionary Command Council was dissolved and the country was restored to civilian rule in October 1993.

Bashir’s removal was made possible by a five day-long round-the-clock peaceful protest in which thousands of people gathered outside the Army headquarters in Khartoum, demanding his resignation. In fact, on April 6 the anti-Bashir mobilisation reached to its zenith that marked the anniversary of a symbolic non-violent movement which in 1985 brought down the regime of Jaafar Nimeiri.

Though people from all walks of life raised voices against the economic hardships faced by them because of years of sanctions imposed by the US Government, it was the Sudanese Professional Association (SPA) that finally led the protests against the Bashir regime. The SPA is a conglomeration of doctors, health workers and lawyers who have pinned down an intractable regime whose President became the first head of a state to be indicted by the International Criminal Court (ICC) way back in 2009. These protesters widely chanted slogans used for the regime change during the historic Arab Spring of 2011. What has been significant throughout this anti-Bashir uprising is that women participants were as high as 70 per cent who belonged to almost all ages and backgrounds. These women protesters highlight the fact that they are demonstrating against “sexist attitudes” in a conservative Muslim nation wherein hardcore Sharia laws are practiced.

What has unfolded after the fall of the Bashir regime is now critical both for preventing unrest and guaranteeing peace in this African nation. After Bashir’s ouster and arrest, first Vice-President and Defence Minister Lt General Awad Ibn Auf suspended the Constitution, dissolved the National Assembly, and declared national emergency for three months with the formation of a military-led Transitional Council that will rule the country for the coming two years.

When Auf declared the transitional Government, people heard in his declaration his “master’s (Bashir) voice”. Auf is a career soldier very much like his former boss who was made the Defence Minister of Sudan by the latter. When Bashir declared a year-long state of emergency on February 22 this year in response to months of protests nationwide and calls for his resignation, Auf was promoted to serve as Vice-President, indicating that he can become the President of the country once Bashir’s constitutional term comes to an end by April 2020.

But now the problem is that Auf was also the head of the military intelligence during the conflicts in Darfur which forced the US Government to put him in the list of targeted financial sanctions. Therefore, the moot point is what is in store for Sudanese people?

Will Bashir be replaced by some new face with the system intact or a new leader will emerge to bring in changes giving relief to Sudanese.

Is that all a call enough evoked by millions of populace for a civilian government in Sudan: Certainly not. The Chairperson of the 55-member pan-African Union Commission, Moussa Faki Mahamat, who has been closely monitoring the crisis in Sudan from the beginning has expressed the conviction that “the military takeover is not the appropriate response to the challenges facing Sudan and the aspirations of its people”.

While reiterating these crucial documents and provisions, he is looking forward to meet the commission’s Peace and Security Council to take an urgent decision to prevent a catastrophe in the resource rich African nation.

What the US stated is that the Sudan’s Army must incorporate civilians into the new transitional government and two years time for transition is too long. Robert Palladino, the State Department spokesperson, said Washington would continue to “call for those responsible for the horrific crimes that were committed in Darfur to be held accountable for those actions” without specifying whether Bashir or Auf should be extradited in due course of time.

Also, the US is publicly airing the view that the Sudanese people should be given free hand in deciding who will lead them in future and they are quite clear that they need a civilian administration to come to Khartoum. British Foreign Secretary Jeremy Hunt made it clear that military rule is not the solution and what Sudan demands is a representative government without any delay.

Meanwhile, top most international organisations such as the European Union and the UN have called for an inclusive government in Sudan that will meet the democratic aspirations of its people. All these show that both the international agencies and respective national governments of various countries simply want a popularly elected government in Sudan. It is very clear that no one wants to trust the same old military generals in a new design. Clearly, though military swung into action in the name of preventing chaos, its hidden intensions are very clear: They just want to cling to the levers of power so as to save their status and property. They are not really interested in bringing a democratic regime to power sooner or later.

The international community must keep tabs on the developments in Sudan. The Transitional Government may be a grand game plan of Bashir’s cronies to protect their privileged access to power and wealth as they want to simply demonstrate that they do care for the concerns of the ordinary Sudanese. And that’s why they have taken over to stop bloodshed. Hence, no one knows the tricks of the canny securocrats who are expert in handling such situations and continue to remain in power for the sake of stability. What needs to be done at the moment is that the African Union, along with the UN and the top global players, must first ensure normalcy and then gradually convince the military to back a civilian government within no time. Else, Sudan may slip into an abyss. This will embolden the extremists and the generals to play their roles to exploit the current situation. Finally, the common people will again come back to the same irreversible cycle of pain, poverty, and primarily misrule.

Peace and stability in Sudan is crucial to the rest of North Africa as it is bordered by globally significant areas and countries such as the Red Sea, Egypt, Libya, Chad, Central African Republic, South Sudan, Ethiopia and Eritrea. Therefore, mismanagement of affairs in Sudan might spread like wildfire to the rest of Africa and can simply add to the misery of the already disadvantaged neighbours. In fact, Sudan itself is sensitive in its ethnic mosaic as it has a large number of diverse ethnic groups living across the country like Sudanese Arab (approximately 70 per cent), Fur, Beja, Nuba and Fallata. However, after the separation of South Sudan in 2011, it has become a predominantly Muslim nation (especially Sunni Muslims), leaving behind a small Christian minority in Sudan.

Today, Sudan’s economy is in a mess. It has lost most of its oil reserves, estimated between five and seven billion barrels, after the secession of South Sudan. And also, its physical size has shrunk to the third position, ranked after Algeria and the Democratic Republic of the Congo. Therefore, international donors and nations such as the US must make it clear to Sudanese leadership that Bashir’s ouster alone is not sufficient to rescue Sudan from the current debt trap.

To jumpstart its sick economy, political stability through a democratic regime as informed by the Sudanese civil society is a must. Washington can make it straight that counterterrorism efforts from Khartoum must continue so as to avail aids from global agencies as leaders of Bashir’s stature had offered safe haven to global jihadists like Osama bin Laden in the 1990s.

Hence, the post-Bashir Sudan is to see that civil and political rights are widely respected. A nation in tatters after long autocratic rule of Bashir sincerely demands budgetary transparency, end of corruption in high public offices and the ouster of the old clusters of the ruling National Congress Party from key positions in the country. This will finally ensure offering breathing space to the common people, indicating political representation to them, for which they are yearning for decades.