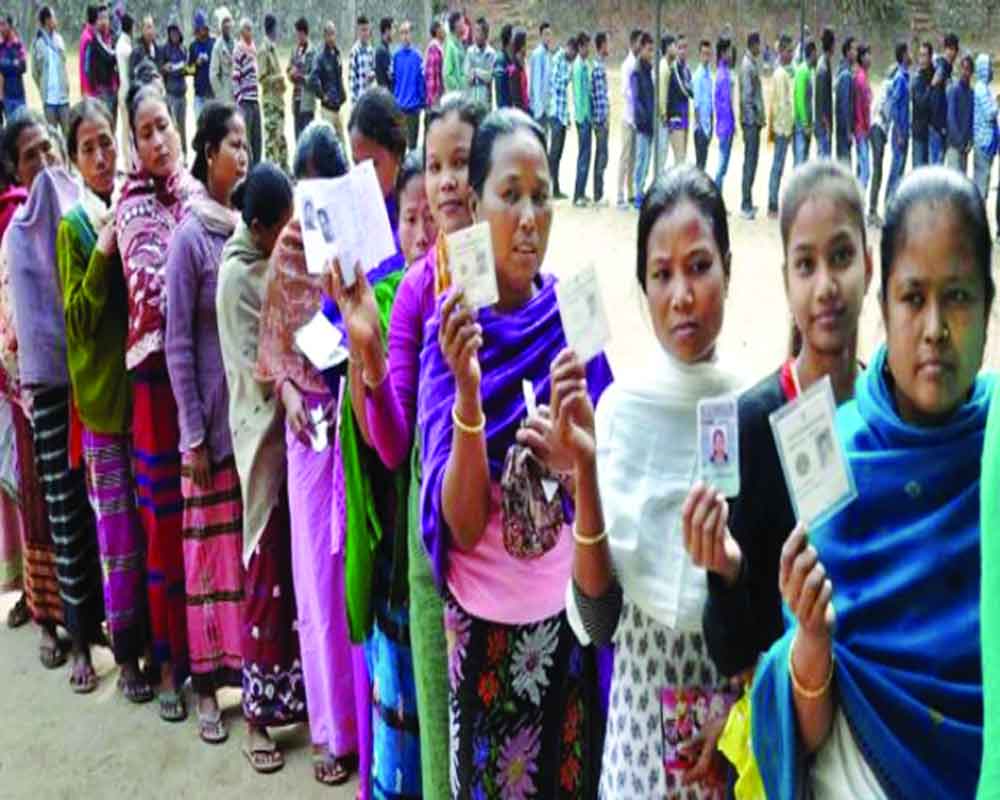 India was witness to a massive election exercise in the past two months. We had an electorate of 900 million — the turnout in this general election was the highest ever at 67.11 per cent — and the mandate for the winning party, the BJP, was decisive. Narendra Modi has once again been elected as the country’s Prime Minister and political pundits are still busy finding whether it was a wave, an under-current or a “tsunami” that led to the party’s victory.

The factors that led to the massive victory of the BJP will be discussed and debated for a long time to come but everyone seems to agree that the electoral campaign was centered around the theme of “national security.” The Prime Minister did touch upon this issue during his campaigns but at the same time, he focussed on developmental works. After all, there can’t be a strong economy without secure borders.

Developmental activities in the border areas of the country, especially Jammu & Kashmir and the North-East, have been a lesser talked aspect of the Modi Government. These regions have historically been ignored. But prioritising them has  yielded rich dividends for the NDA, with its candidates winning 25 of the 32 seats in these two regions. The BJP specifically made deep inroads with the electorate. This was also reflected in the party’s performance in the Assembly elections held simultaneously in Arunachal Pradesh with the general elections (along with three other States).

Arunachal Pradesh shares international borders with three countries — Bhutan, Myanmar and Tibet Autonomous Region of China. Area wise, it is the largest State in the entire North-East with a population of approximately 14 lakh. Population density of the State is around 12 people per sq km. The State boasts of 26 major tribes and over 100 sub-tribes. Each tribe has a unique culture and a language distinct from the other. “Arunachali Hindi” is the lingua franca and “Jai Hind” the popular slogan. The BJP has, for the first time, formed an elected Government on its own in this important border State under the leadership of Pema Khandu. The party won in 41 out of the 60 Assembly constituencies. It increased its vote share from 31 per cent in 2014 to 51 per cent in 2019 and saw three of its candidates winning as uncontested even before the first votes were cast on April 11.

For those who did not notice, Arunachal Pradesh was the first to give an indication of this huge BJP win and rout of the Congress. A national party like the Congress could manage to field only 46 candidates in the 60 Assembly seats. Sixteen of its candidates had a vote share of 10 per cent or less with some getting as low as 54 votes. Such poor statistics of a national party, whose vote share only five years ago was 49.5 per cent, is alarming and calls for attention. Leaving the media aside, the irony is that even the Indian National Congress isn’t taking note of it.

Apathy towards the North-East in general and Arunachal Pradesh in particular is to be blamed for the same. Only incidents of violence or insurgency get noticed. Itanagar, the capital of Arunachal Pradesh, saw violence for over three days in February. This was hardly even covered. To think that an innovative Government initiative will be covered is, perhaps, asking too much.

Still, Arunachal Pradesh did a unique experiment. Hundred youth from all across the State were selected for a boot camp. They worked on 10 most relevant sustainable development issues for the State and made a presentation of challenges and opportunities before Government officials, Ministers and the Chief Minister. It was called the Arunachal Transformation and Aspirational Leadership (ATAL) Conclave. Delegates were in the age group of 18-30 and for many of them, this was their first visit outside their home districts. The conclave saw participation of three Union Ministers and the response from the youth was overwhelming. Khandu sat through the entire conclave, taking notes. Is it too much of a stretch to co-relate that the State elected the youngest Chief Minister of India?

The BJP in Arunachal has shattered all stereotypes and promised to make the State the “happiest.” It is easier to overlook the hard work put in by political leaders towards developmental activities and conveniently argue that the North-East votes only for cash. That Prime Minister Modi won on the “national security” plank is another such manifestation of arm-chair journalism. The voter today is aspirational and not merely voting for slogans.

(The writer is a Fellow with India Foundation