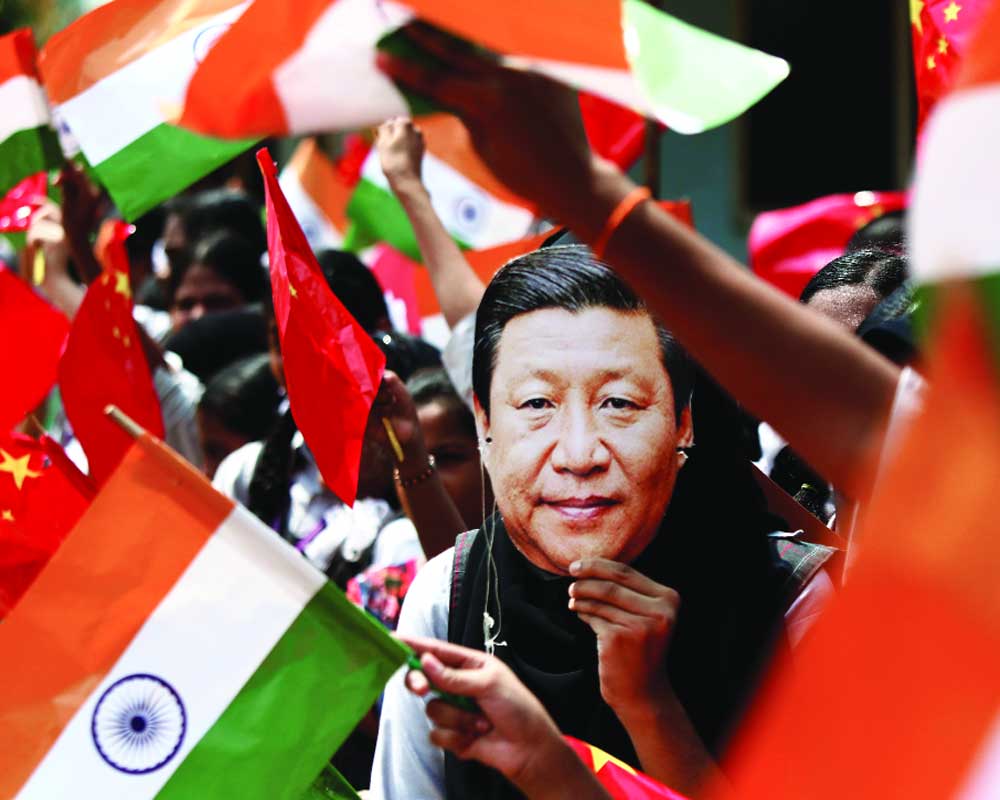 It is not uncommon to notice the death of irony in international diplomacy. Most countries, which are in a position to influence international or regional orders, have skeletons in their own cupboards but they desist from peeping into their own closet. Instead, they look at those of others. The US’ intolerance over human rights elsewhere is noticeable, except when it comes to its role in the larger West Asian region.

Last month, when a US drone strike reportedly killed numerous farmers in the Khogyani district of Nangarhar province in Afghanistan, it hardly grabbed international attention. This international impunity complex — a default appendage of being a major power — is fast catching up with China, too. India’s international position as a benign and reluctant regional major power and its grey ground between a middle and major power provide apposite grounds to whet its impunity complex for China. What fuels the Chinese state behaviour with India is its sense of military superiority, emanating from its historical upper hand in the 1962 war, its giant leap in technology, manufacturing-led exports and defence sector. The resultant asymmetry in bilateral relations between the two is structural in nature, which calls for India to strengthen its key areas like trade, defence and most importantly (as recent events have shown),  international diplomacy.

As China consolidates its seat on the global high table, irony is being strangled even tighter each day, particularly on issues of human rights, sovereignty and territorial control. Most prominent examples are  China’s repression of the Uighur Muslims in Xinjiang, its dominance in the South China Sea, sensitivity over Tibet and the most recent unrest in Hong Kong. Further, its attempt to raise the Kashmir issue at the United Nations (UN) and the open support it provides to Pakistan on issues like cross-border terrorism, Nuclear Suppliers Group, UN expansion, the Financial Action Task Force (FATF) and listing of terrorists in the UN do not augur well for bilateral relations with India.

On October 4, Chinese Ambassador to Islamabad, Yao Jing, raked up the Kashmir issue again and said, “We are also working for the Kashmiris to help them get their fundamental rights and justice. There should be a justified solution to the issue of Kashmir and China will stand by Pakistan for regional peace and stability.” This statement is overridden with impunity complex for, if one were to replace “Kashmiris” with “Uighurs”, it would be reflective of China’s own domestic situation, which is only worse.

Yao’s statement, coming just before the Chinese Premier’s visit to Mamallapuram in South India, cannot be read without context. This is part of the broader Chinese strategy that precedes most State visits to India and is carried out in advance to strengthen grounds of negotiations during the visit.

The delay in confirming Xi’s informal visit to India was a subtle pressure tactic that finds resemblance in the last informal visit by Xi to India in 2018, which, too, was confirmed only in the last five days. Another common streak that precedes China’s State-level visits to India is the latter’s untoward yet shy nature of being directly hostile. In 2014, Chinese soldiers intruded into Indian territory in Chumar area of Ladakh while President Xi was in the country on a three-day visit. The incursion by the People’s Liberation Army (PLA) happened even as Modi and Xi met in New Delhi.

Recent satellite images have confirmed claims of road construction by China at Bishing village in Upper Siang district of Arunachal Pradesh, days before the scheduled visit.

Additionally, Chinese “civilian” protests in the Demchok sector on the occasion of the Dalai Lama’s birthday, Chinese Foreign Minister China Wang Yi’s mention of the Kashmir issue at the UN and the scuffle between Indian and Chinese soldiers on the bank of the Pangong Tso lake in eastern Ladakh in September, all send out wrong signals to New Delhi for a resolution to outstanding disputes on border and for the larger goal of establishing bonhomie in bilateral relations.

Furthermore, Xi’s meeting with Pakistan Prime Minister Imran Khan on October 8 and his reiteration of Beijing’s strong support to Islamabad on the issue of Kashmir — splashed across Chinese media — belies any semblance of change of heart on the part of China in dealing with India. This was very well sensed from Chinese Foreign Ministry spokesman Geng Shuang’s recent statement where he tacitly said that the Kashmir issue should be resolved bilaterally. When compared with China’s earlier actions where it raised the Kashmir issue in the UN and also called a closed-door UNSC meet, Geng’s statement looks facile and does contradict China’s intentions.

India has rightly drawn the line with an official statement stating, “It is not for other countries to comment on the internal affairs of India.” A diplomatically careful and nuanced nation would not have allowed such media coverage, even if such assurances were given to Pakistan in a bilateral conversation. The intent behind letting out such hostile news coverage on the eve of a supposed “reset” is as much a direct communication for New Delhi as it is reflective of Beijing’s stand on an internal matter of India.

As opposed to what Beijing claims vis-à-vis its stand on Kashmir, there is a lack of consistency in China’s Kashmir stand. India, on the other hand, has done well to be consistent in its stand on internal matters of other states, irrespective of the issue, avoiding any impunity complex. As recent Chinese behaviour has shown, larger international role and responsibility necessitates revisionist attitudes in state behaviour. This may not be a bad cue for India to take from Beijing to strengthen its pursuit of playing a larger global role.

Nevertheless, Xi’s visit to India provides an opportunity for both countries to strengthen mechanisms to prevent opposition from turning into open hostility between the two. As such, the visit would be as much an opportunity as a challenge. China would be aware that its shedding of reluctance in opposing India in international fora and its outright support to Pakistan are bound to meet with India’s new-found realism in conducting inter-state relations. While Chinese State behaviour is known for idealism within and calculated realism outside, India has moved recently to address some of the lack of realistic assessments in dealing with China. The Chinese would be cognisant that their own diplomatic transition from latent to blatant vis-à-vis India has had the latter take a few reciprocal steps in the recent past, primarily in strengthening defence and preparedness near the Line of Actual Control (LAC).

The ongoing war exercise by the Indian Army, ‘Him Vijay’, in Arunachal Pradesh at an altitude of 14,000 and 100 km from the LAC, its Integrated Battle Groups and raising the Quad group to Ministerial level recently in New York are concrete steps that can strengthen grounds and provide strong counter-optics to China.

The unique thing about Indian diplomacy is that despite infusing incremental realism in its engagement with China, there is a good deal of idealism that persists from the past to instill a sense of balance. Informal summits are frameworks on the idealist line. If the Wuhan informal summit in 2018 between the two countries was successful in cooling tempers post-Doklam and fostering engagement, the Mamallapuram summit provides another opportunity to bring a balance to both sides’ realistic scores above the other.

Xi’s visit should be used by India to convey to China in clear terms that it should decouple its India policy from its sympathies for Islamabad.

(The writer is Research Fellow, Indian Council of World Affairs)