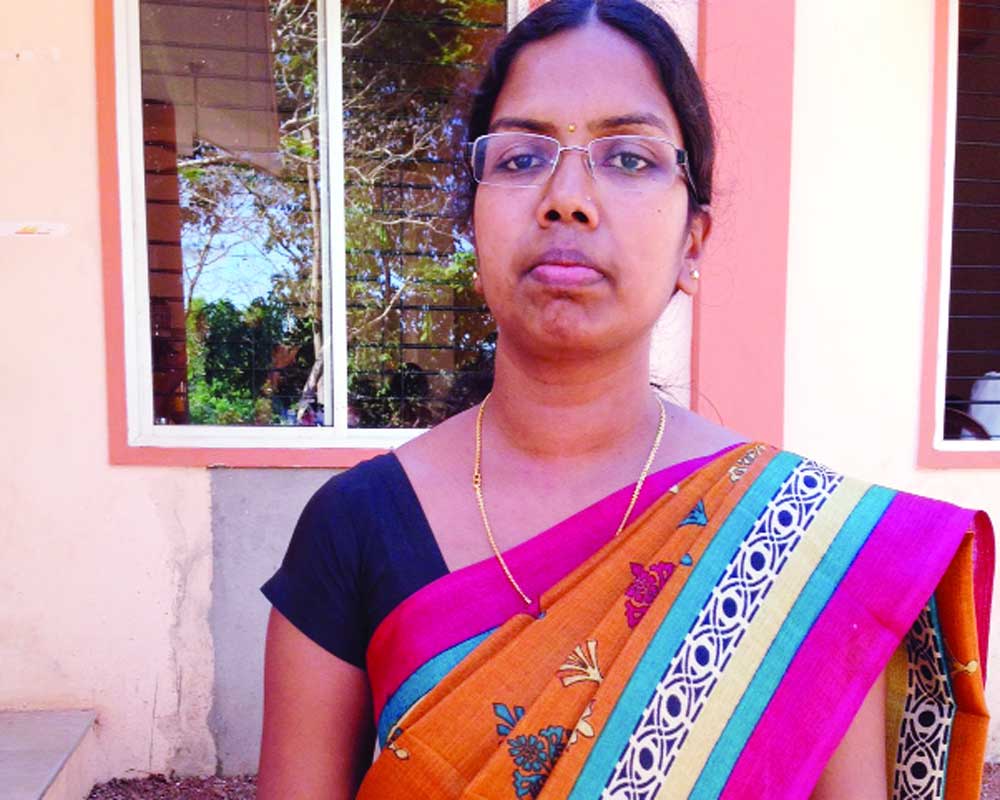 Have things really changed for the Koraga community? Sabitha’s story reveals impressive strides have been made but there’s a long way to go to end the stigma around untouchability

At first glance, 21-year-old Jeetha looks like just another student at the prestigious Mangalore University in Karnataka. But with one difference — she belongs to the Koraga community, an aboriginal tribe teetering on the brink of extinction and considered untouchable.

As India commemorates World Adivasi Day or the International Day of World’s Indigenous Peoples on August 9, have things really changed for the Koragas? Have they been given equal opportunities or does the stigma of untouchability still singe them?

Perhaps the answer lies in the location of the Koragas in the caste and tribal hierarchy. A look at the latest Census data shows that the proportion of tribes in India to the total population is 8.6 per cent. There are 705 Scheduled Tribes (STs) notified in the country. Among them are the Koragas living in Kasargod district in north Kerala and four districts in Karnataka — Dakshin Kannada, Udupi, Shimoga and Uttara Kannada. In 1986, their declining population led the Government to categorise them as particularly vulnerable tribal group. According to the 2011 Census, the population of the Koragas is just 14, 974. This is down from 15,146 enumerated in the 1981 Census.

Historically, like most other tribes, the Koragas have faced considerable social and economic deprivations. Various legislations like the Karnataka Forest Act, 1963, which divided the forests into reserve and village forest as also the Wildlife Protection Act, 1972, alienated the tribe from their sources of livelihoods. Ousted from the forest lands their ancestors had occupied for generations, the primitive tribal group eked their living from weaving baskets made from bamboo and forest creepers and manual scavenging.

Exacerbating their condition was the inhuman traditional practice called anjal, particular only to the Koragas. Under this custom, the upper castes handed out food leftovers and old clothes when they wished to transfer their misfortune to the Koragas. This included mixing hair, nails and other inedible substances in the food and forcing them to eat it in the belief that their troubles would thus be passed on. This practice flourished because survival for many Koragas depended on this dole. Afflicted by malnutrition, anaemia and fatal illnesses, mortality was high among the community. Literacy levels were abysmally low, especially among women.

Although the community has progressed over the last 15 years, after realising many of its rights, Jeetha, whose parents work as sanitation workers, had to work hard to overcome economic and social barriers to continue her education. So, getting admission into the university was like a dream come true for her. But much of this was also possible because of the doors that were opened by Sabitha Koraga, the first girl from the endangered Koraga tribal community to be appointed Assistant Professor in the university six years ago.

Sabitha, who was the first to break the glass ceiling, encouraged and motivated Jeetha to pursue her dreams besides helping her with books. It was fortuitous that Sabitha also held the additional responsibility  as administrative officer of the university’s Scheduled Caste (SC) and ST cell. This gave her the chance to support needy, meritorious students like Jeetha.

Currently a student of sociology under Sabitha’s tutelage, Jeetha has much to learn from her professor. While she, too, has had to face economic hardships, Jeetha’s problems have been far less than those faced by Sabhitha.

Only five when her father died,  Sabitha still managed to pursue studies, juggling her time between household tasks, looking after her younger brother and school. But in 2002, tragedy struck again. Her mother died in an accident and Sabitha, then in Class X, had no choice but to drop out of school. Her first priority was to find a job so that she could take care of her younger brother. Around this time, the Samagra Grameena Ashrama (SGA), a community-based organisation working for tribals, was mapping children from the Koraga community, who had dropped out of school. It was trying to persuade them to return to education with the support of ActionAid India, a not-for-profit organisation. During one such meeting with the community in Gundmi  (Sabitha’s village), SGA coordinator Ashok Shetty heard about Sabitha and went to meet her. This meeting was to be a turning point in her life.

Shetty asked her to work as a paid field worker with SGA to help in their campaign to empower the Koragas. He also offered assistance should she wish to restart her education.

For the next 20 months, Sabitha worked with SGA, helping to organise and inform self-help groups (SHG) of women in the community.  However, even during this time, she yearned to resume studies. When this became known to SGA, Shetty ensured she got a room in the SGA office to study and the required tuition.

And Sabitha, who had dropped out of Class X, didn’t disappoint. She passed school with flying colours, obtaining first class. Thereafter, there was no looking back.

After graduating from the Besant Women’s College in Mangalore, Sabitha did her post-graduation in sociology from Mangalore University in 2010. Not only did she stand second in the university, she passed the National Eligibility-Cum-Entrance Test (NEET) when she was in the third semester of her masters. Conducted by the University Grants Commission (UGC) for eligibility to appointments as university lecturers, the NEET is considered to be a tough hurdle to cross. But Sabitha showed her academic brilliance by first clearing NEET with ease and then the State eligibility test conducted by the Mysore University in 2011. In December 2013, she was appointed assistant professor in the department of sociology in Mangalore University.

Sabitha credits education for helping her overcome the inferiority complex she suffered from belonging to an untouchable caste. “I faced discrimination because of my caste in school. I had to pick up the teacher’s shoes. Many times I was made to stand outside the classroom. Many of my classmates were not allowed to sit with other children and made to sit on the floor. Several schools have earmarked the last bench for Koraga students. But after I worked with SGA and became more aware of my rights, I became confident enough to sit on the first bench when I returned to school,” she recounted.

This was not the only tradition she overturned. She stopped the practice of anjal completely in her village with the help of the Koraga Federation. But the stigma is yet to end. “I still remember the humiliation while accompanying my mother to collect food leftovers. So I worked hard to persuade the community in my village to stop the practice. Although they have stopped it, they are still considered untouchables by the upper castes, who do not allow them to enter their houses even today,” she said.

Although Sabitha has not been able to alter this as yet, she is trying to change mindsets of children from the community not to allow discrimination force them to drop out of school. She gives motivational speeches and guides them as she did with Jeetha. “Education changed my life and I want others from my community to understand its value. It is a power that can change destinies, just as it has mine,” said Sabitha.

Sabitha is keen to influence State policies to improve prospects of her community and is completing her doctoral thesis on the evaluation of policies and programmes in tribal development and education as a means of social mobility for the primitive tribes of Karnataka. She wants her research to further women’s empowerment in the Koraga community since many are still unable to access their Government entitlements primarily because of ignorance and an overwhelming feeling of inferiority.

“I don’t want my daughter, who has just turned one, to suffer from any complex. The lady, who I wanted to hire to look after her, refused the job after she heard I was a Koraga. So, the stigma still continues. But being a Koraga is a matter of pride for me. If more women are educated, they will overcome the entrenched caste discrimination with their merit,” Sabitha contended.

Hopefully, a documentary on her achievements commissioned by the State Government’s department for tribal development will help further Sabitha’s cause.