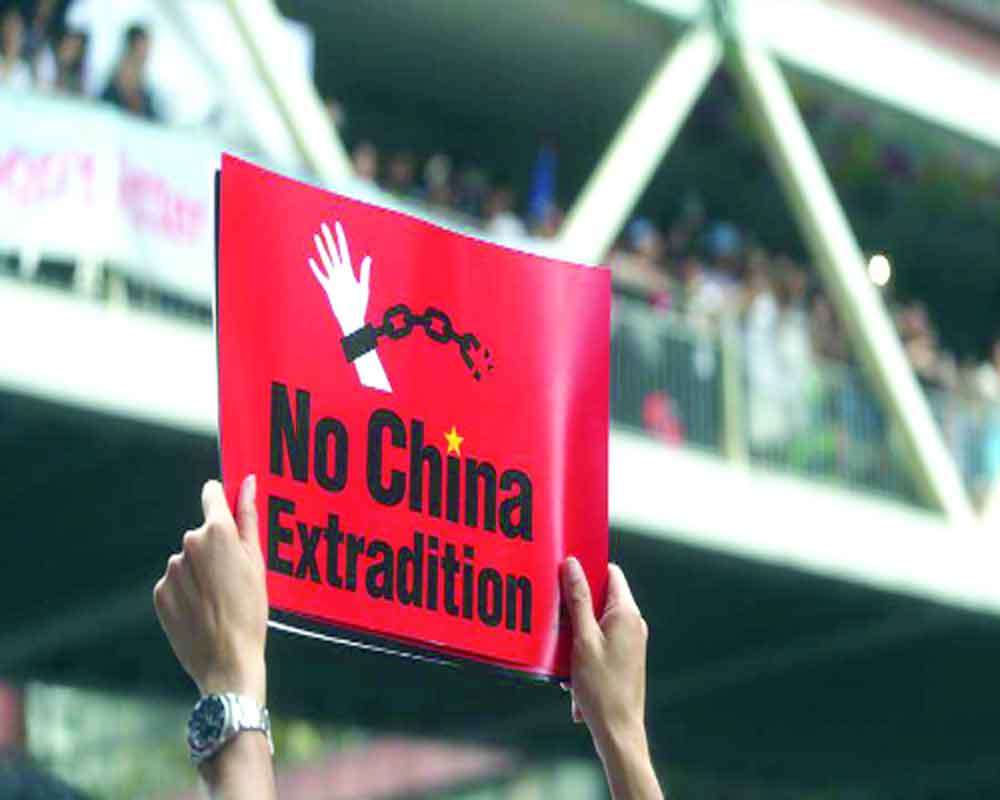 Twenty-two years after Beijing took over the administration, it wants its writ to run in the city state

When the United Kingdom surrendered control of Hong Kong to the People’s Republic of China (PRC) in 1997, it was a momentous occasion with China assuring the world that as part of regaining control of the island city, it would respect  legal and cultural differences. The process of ‘Sinafication’, as China absorbed the highly westernised entity into its legal and administrative processes, would be gradual. That was apparent in the title of Hong Kong as a Special Administrative Region. It retained its unique British-style legal system, people still drove on the left side of the road and it had an independent immigration system and currency. While Hong Kong was undeniably Chinese, it participated separately in international and sporting events.

But in 1997, the PRC was not the economic behemoth it is today and Xi Jinping was still a middle-ranking official, destined for great things with the ‘Xi Principles’ still years away. But President Xi, who has now centralised power in himself, possibly sees Hong Kong’s special status as an irritant and a blot on Chinese supremacy. Rather than being an adjunct of China, it is the alternative polarity, where dissent has found a new home. The unique legal system and freedom of speech in the city have led to it becoming a hub of anti-Xi sentiment.  While the PRC has effectively stage-managed Hong Kong’s elections in the past few years, there is obviously a feeling that the city-state is like an irritating small dog that keeps barking all night. So recently, Hong Kong’s Chief Executive Carrie Lam proposed a new law that allows Hong Kong to extradite suspects to China, which in other words means a clampdown on the former’s democratic spirit and right to dissent. This has led to hundreds of thousands of Hong Kongers going out in the streets to protest, only two years after the ‘Yellow Umbrella’ rallies effectively shut down the city in October 2017. Those as well as these agitations are against what protestors call the ‘creeping’ Sinafication of the island, which is happening faster and quicker than citizens had anticipated. They want Beijing to respect the differences of the city but unsurprisingly, Xi is tightening his grip  and is using the protests to justify that. However, he should be careful that he does not kill the golden goose. Hong Kong’s unique status has made it a major economic and cultural hub that attracts a global workforce. Even though China wants more control, it should be careful not to drive the workforce away. While the country is within its rights to stop the barking, it might be better to learn from Hong Kong and apply a bit of that model to the mainland itself.