Nip this dispute in the bud

Nip this dispute in the bud 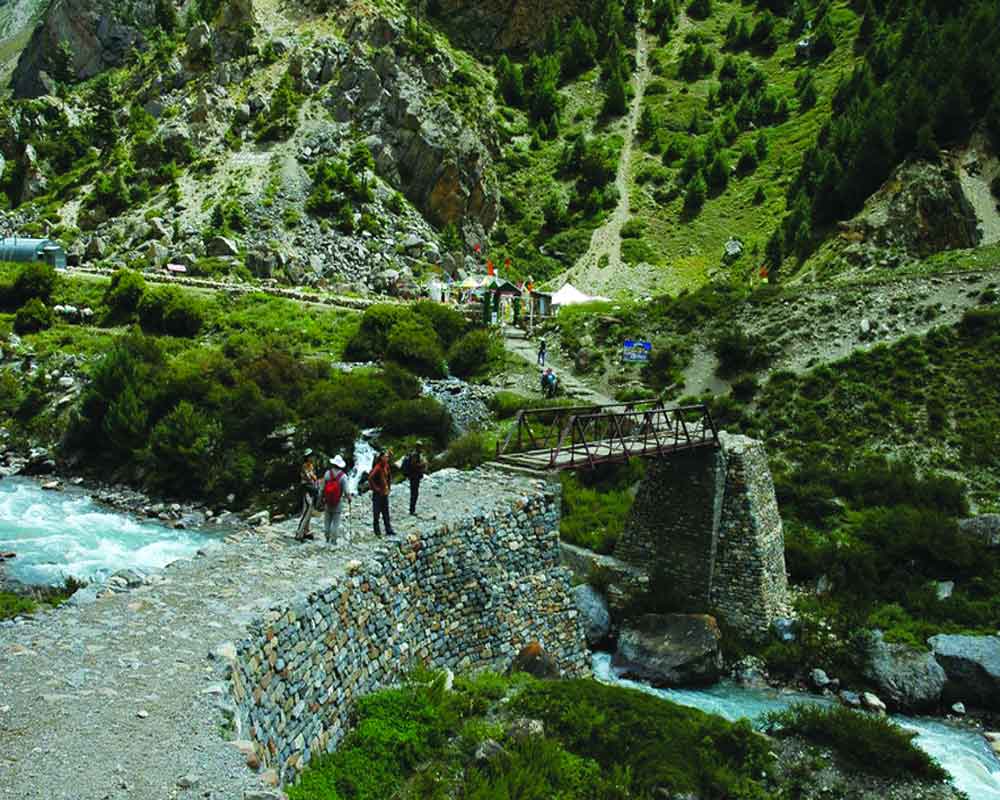 For India, the changing strategic dynamics in the region are a reminder to expedite the process of resolving misunderstandings and the border imbroglio with Nepal as the voices against New Delhi grow strong

Before the clouds of the 2015 blockade at the India-Nepal border could settle, the two countries are once again facing off over the demarcation of the bilateral borderline in the Kalapani and Lipulekh region in Uttarakhand as Nepal claims that the area belongs to it.

With the abrogation of Article 370, which gave special privileges to the erstwhile State of Jammu & Kashmir (J&K) and following the issuance of the Jammu and Kashmir Reorganisation Act 2019,  two new Union Territories of J&K and Ladakh came into existence on October 31. Soon after the release of India’s new political map depicting them, Kathmandu began to witness protests led by student organisations and Opposition political parties. While the Government did not release any official statement initially, the Ministry of Foreign Affairs (MFA) in Nepal tweeted on November 6, “The Nepal Government is clear that Kalapani is a Nepali territory and any unilateral move to alter the border demarcation is not acceptable.” In response, the Ministry of External Affairs (MEA) of India in an official release stated that “The new map has in no manner revised our boundary with Nepal. The boundary delineation exercise with Nepal is ongoing under the existing mechanism. We reiterate our commitment to finding a solution through dialogue in the spirit of our close and friendly bilateral relations.”

Meanwhile, the issue has snowballed in Nepal. Other than the media attempting to project it as an Indian encroachment, online campaigns on Twitter and Facebook with hashtags #GoBackIndia #BackOffIndia are trending, which was also a common phenomenon during the 2015 blockade. The alleged dispute between the two neighbours is being resolved through the dedicated bilateral diplomatic channels. However, in the changing regional dynamics, the issue is being given political hue. The MEA has not shied away from accepting that certain areas along the India-Nepal border require close bilateral scrutiny to reach a consensus and that to resolve the existing differences, diplomatic channels need to expedite their process. In its official document on Border Disputes with Neighbours, India has stated that “India and Nepal share an open border. Strip maps pertaining to 98 per cent of the boundary have been agreed to and signed in 2007. The matter regarding the formal signing of boundary strip maps is being pursued with the Government of Nepal.”

Kalapani is a 35 sq km area in the Pithoragarh district of Uttarakhand and forms a tri-junction boundary of India, Nepal and Tibet. It is also the pilgrimage route from India to Kailash Mansarovar in China as well as a trade route leading into Tibet through the Lipulekh Pass. Due to its geostrategic importance, the area is guarded by the Indo-Tibetan Border Police (ITBP). Indian security forces have guarded the tri-junction since the 1962 War with China. The arrangement to deploy security forces in the Kalapani and Lipulekh region was made in consultation with the then King Mahendra of Nepal. It was a neighbourly act by India to inform Nepal about the deployments, as both countries had their concerns regarding future advances by China in the region, and India was in a position to accommodate Nepal’s security objectives.

However, soon after the Mahakali Treaty was ratified in 1996 between India and Nepal concerning integrated development of the Mahakali River to harness its hydroelectricity potential, the area became the centre of controversy. The treaty had clearly identified the Mahakali River as “a boundary river on major stretches between the two countries.” Also, as per Article 05 of the Treaty of Sugauli between the British Indian Government and Nepal, the latter had renounced all claims to areas “lying west of the river Kali.” A prominent Technical Committee formed in 1981 to resolve  border issues has already clarified 76 border points out of 78 and more than 180 strip maps based on Global Positioning Systems (GPS) have been established. In fact, most of the differences were identified and resolved in 2007. With the new Government coming to power in New Delhi in 2014, talks on  Indo-Nepal border issues resumed. It was after 23 years that a joint commission meeting was held in Kathmandu in 2014 and border disputes  figured prominently in it.

During Prime Minister Narendra Modi’s visit to China in 2015, the two countries had agreed to open a trading post in Lipulekh. In their joint statement, Modi and Chinese President Xi Jinping had stated that Lipulekh should facilitate bilateral trade between the two nations.

However, Nepal had opposed the statement saying any matters concerning Lipulekh shall be in consultation with it. Again in February this year, Nepal’s Minister of Foreign Affairs Pradeep Gyawali said that India and China could not discuss or form a consensus regarding trade or transit through Lipulekh in the absence of Kathmandu — which contradicts the existing understanding between it and India. Historically, Nepal had recognised Lipulekh and Kalapani as Indian territories in the 1816 Treaty of Sugauli.

Amid the ongoing political outrage in Nepal, India’s official position on the issue requires a close investigation for two reasons. One, in its response to Nepal’s note on the new map, India has indicated that the issues are already being discussed through a high-level diplomatic mechanism to resolve the differences and strengthen the existing “special relationship.” “At the same time, both countries should guard against vested interests trying to create differences between our two countries,” it added. While the statement does not specify “vested interests”, it points towards China that has lately invested in Nepal and received a welcoming space from “certain” political forces. The current opposition, led by the Nepali Congress Party, had recognised India’s position in the Kalapani and Lipulekh region during its tenure in the Government. Surprisingly, now it has become the flag-bearer of those organising protests against India’s new map. This throws doubts on the intentions of these protestors because, in the previous maps, the Survey of India had shown the same boundary lines as in the present map.

The other reason concerns the modus operandi of the fringe political parties in Nepal. While the ruling Communist Party of Nepal has maintained its position that the issue needs to be resolved under the existing diplomatic mechanism, the pressure to place the matter before international agencies by protestors indicates growing anti-India sentiments attempting to change the course of the “special relationship” to “conditional relationship.”

Noteworthy, in the new map, the disputed areas between India and Pakistan are shown as Indian territories to which Islamabad has objected. But it is as per the position held by New Delhi for long. A wave of sympathy towards Islamabad was visible after leaders of Nepal’s Samajbadi Party allegedly held a secret meeting with Pakistani officials last month in Kathmandu. Hence, the ongoing protest should be seen in the broader regional context attempting to malign India’s image. On November 9, an all-party meeting was convened under the chairmanship of the Nepalese Prime Minister KP Oli to discuss the present border issues. The meeting was convened after protestors had allegedly burnt effigies of the Indian Government and the new map in front of the Indian Embassy in Nepal. Hence, there are attempts to pressurise the Government to act accordingly. The element of pressure was clearly visible in the initial statement issued by Nepal’s Ministry of Foreign Affairs. The statement released after the meeting has also been drawn on the lines of nationalism, sovereignty and national integrity. As Kathmandu stresses on using diplomatic channels wisely, protestors in Nepal seem to be dissatisfied with the process. Considering these developments, the two Governments need to work in close consultation to avoid misunderstandings. The growing political pressure in Nepal is undoubtedly inimical to India. It has caused trouble in the past and more mishaps will have a long-term impact on bilateral ties.

For India, the changing strategic dynamics in the region are a reminder to expedite the process of resolving misunderstandings and the border dispute with Nepal, as the protestors in Kathmandu seem to be in no mood to settle for “special relations.”