Reunification of India a necessity

Reunification of India a necessity 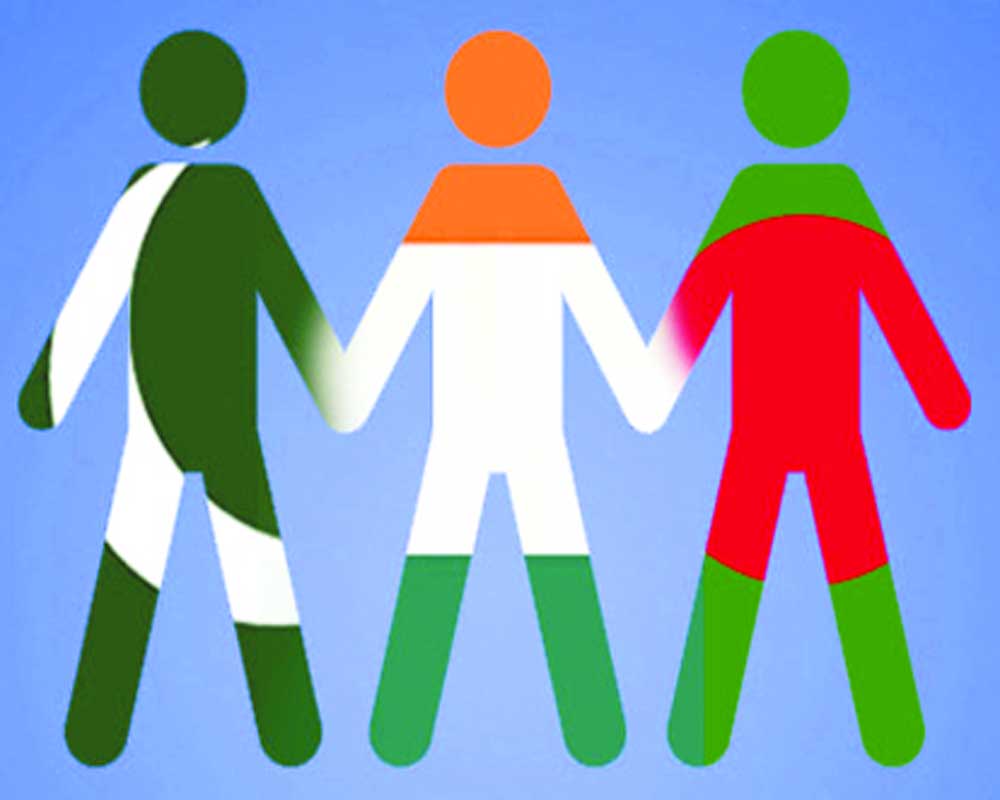 The idea of Indian reunification is one whose time has come though there’s no doubt that it will take a long time to achieve. However, it must be under a strong, liberal leadership

For a long time, I have been propagating the idea that India, Pakistan and Bangladesh should reunite under a secular government for their mutual good (see the Mission Statement and articles on indianreunificationassociation.co.in). I have long said that India, Pakistan and Bangladesh are really one country, with a common culture, and were one for centuries.

Many people have criticised this idea, more so in light of the recent developments in the subcontinent. Many Pakistanis, including Pakistan Prime Minister Imran Khan, say that recent developments in the region prove that the founder of Pakistan, MA Jinnah, was right in insisting that Muslims  get their own homeland otherwise atrocities (e.g. lynching, attacks and incarceration of Muslims for long periods on trumped-up charges) would be committed on them in a united India. So these developments prove that Partition was good for Muslims, and the idea of Indian reunification is only a pipe dream, they point out.

My reply is as follows: Our aim must be to create a highly industrialised country, because only then can we generate the wealth needed for the welfare of our people and give them decent lives. Only a high level of industrialisation can create millions of jobs to wipe out unemployment.

The Partition of India in 1947, and creation of an Islamic state, which was a historical British swindle on the basis of the bogus two-nation theory, was aimed at preventing this growth. If India emerges as another China, then, with its cheap labour, our industries will undercut their rivals from developed countries. Who will buy their costly goods then and won’t their industries shut down? One China has become a headache for the West. Will they permit another?

So the secret understanding among developed countries is that India must not be allowed to emerge as a modern industrial giant like China. To prevent that, Indians must remain divided on the basis of religion, caste, region etc.

All this talk of improving relations between India and Pakistan (such as that touted by the campaign Aman ki Asha) is unrealistic and nonsense. The very purpose of creating Pakistan as an Islamic state was that there shouldn’t be peace but hostility between the two neighbors and Hindus and Muslims. If there are good relations then the very purpose of creating Pakistan will be defeated.

Our common enemy is massive poverty, record unemployment, appalling child malnourishment, farmers in distress, spiralling prices, ignorance, lack of healthcare, unabated corruption, atrocities on minorities, etc. We waste our scant and precious resources fighting each other instead of joining hands and fighting against these problems that are our real enemies.

To say that Partition was necessary to safeguard Muslims is puerile. First, there are as many Muslims in India as in Pakistan (about 200 million in each). Second, Muslims in Pakistan may be safe from Hindu bigots, but are they safe from Muslim bigots? Are Ahmadis, Shias safe? Are Barelvis safe from Deobandis? They often bomb mosques, dargahs, etc. And are the Muslims there free from the evils of unemployment, price rise, malnourishment, ignorance, lack of healthcare, corruption, etc? It was a stupid idea that creation of Pakistan will keep Muslims safe. In fact Partition has increased the problems of Muslims, Hindus, Sikhs, Christians there.

So, unless we reunite, we will keep wasting our scant resources fighting each other, and will never become a highly industrialised country, and thus remain poor with many social evils. As mentioned earlier, we are really one nation with a common culture, and were befooled by the British into thinking we are each other’s enemies. But how are we to reunite?

This can only be done peacefully and voluntarily, and will take a long time, maybe 10-20 years. The communal venom which was injected into our body politic by vested interests for over a century, will take a long time to be expelled. During this period, we must patiently explain to the masses the truth that we are really one nation, were one for centuries, and spread the idea of Indian reunification among them.

As Victor Hugo said, “There is one thing more powerful than all the armies in the world, and that is an idea whose time has come.” The idea of Indian reunification is one whose time has come though it will no doubt take a long time to achieve.

We will be called daydreamers by many. But when Giuseppe Mazzini spoke of Italian unification, he too was called a daydreamer, though the dream became a reality thanks to the efforts of Count Cavour and Giuseppe Garibaldi. West and East Germany reunited in 1990 after partition in 1945. North and South Vietnam reunited in 1975 after a partition of over 21 years.

At present, all that needs to be done is to spread the idea of reunification, as is being done by the Indian Reunification Association. Later, when the idea has gripped the imagination and minds of the masses, then people will use their creativity and find ways to make a peaceful reunification a reality.

However, it’s vital that such a reunification is under a liberal leadership, which while ensuring religious freedom does not tolerate religious bigotry from any quarter and crushes it with an iron hand. Such progressive leaders will rapidly ensure industrialization of the nation, provide for the welfare of the people and catapult India into the front ranks of the world community. How and when such a historic transformation will take place, who these leaders would be, is impossible to predict. But it is a necessity.