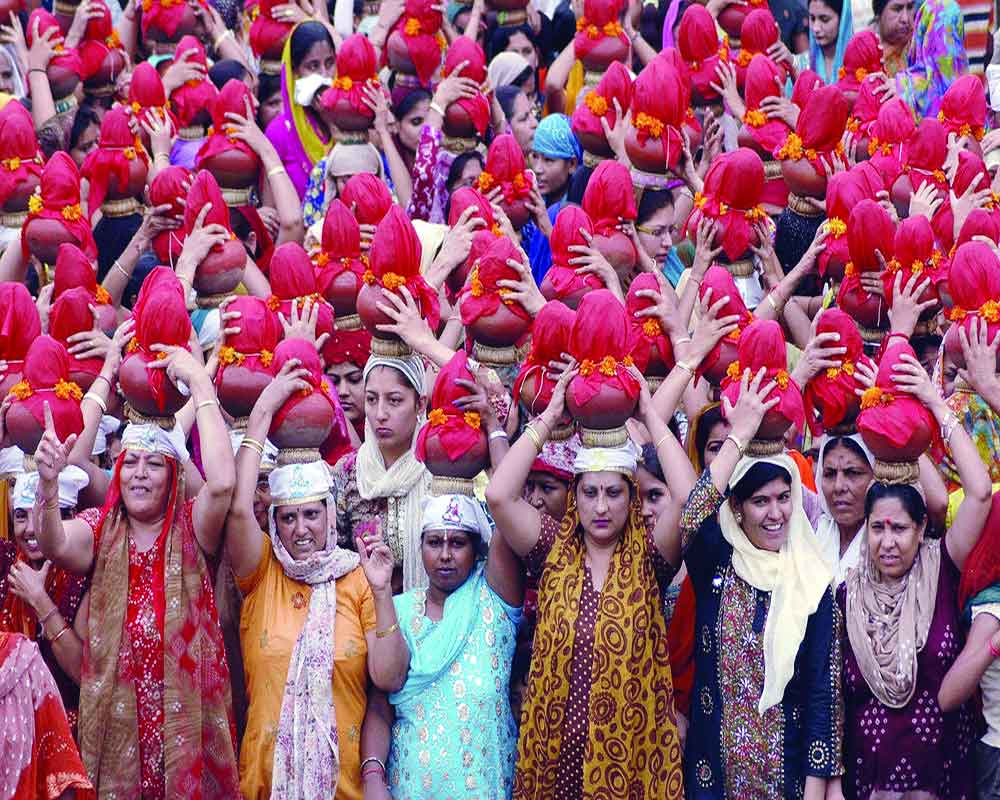 The small and dispersed community has lacked political representation since the Partition. A Constitutional amendment could give them a non-territorially linked seat in the Lok Sabha

It seems to be the end of the road for veteran politician Lal Krishna Advani as his party denied him ticket for the Lok Sabha elections. It is speculative whether the party will oblige him through the Rajya Sabha route. Opinion is divided on whether he should have been offered a party ticket or not. On the one hand, there is little dispute about his towering stature in Indian politics, on the other, his advancing age and scanty participation in the proceedings of the 16th Lok Sabha clouded his prospects.

This polarised debate, however, conceals an impersonal tragedy. Will LK  Advani, therefore,  turn out to be the last leader from Sindh in Indian politics? Once there was Acharya JB Kripalani (1888-1982), the former Congress president. Then there was also KR Malkani (1921-2003), the journalist and historian-turned BJP politician. At present, there are just two nonagenarians left in Parliament viz, LK Advani and Ram Jethmalani. With the former’s retirement, only one will be left. Jethmalani, a legal luminary, is not a career politician. His main interest in being a Rajya Sabha member, the joke goes, is retaining his official bungalow at 2, Akbar Road, New Delhi. His son, Mahesh Jethmalani, a senior advocate, also entered politics but without success.

At any rate, Sindhi politicians do not represent their community. That, however, has little to do with their intention. The franchise structure of the two Houses of Parliament, under Articles 80 and 81, is territorial rather than ethno-lingual. A Lok Sabha MP, who is chosen directly, represents a constituency (geographically located in a State); whereas a Rajya Sabha MP,  elected by the Legislative Assembly, represents the State itself. But Sindhis, having lost their ancient province completely during Partition, do not fit into either category. They are a scattered lot across Delhi, Maharashtra, Gujarat, Rajasthan and Madhya Pradesh.

The community mostly has two institutions viz, a temple of Jhulay Lal, also called Lal Sai temple, and Sindhi Akademis. Sindhis are an enterprising community and overall, commercially successful. But over the last 75 years since the Partition, they have tried to protect their culture, religion and language. Even in the sphere of language, they had to adopt the local language of the State they had chosen to reside in and play down their identity. Thus, a political representation remained a pipe dream. So in a highly caste/community-conscious Indian politics, they might just lose out for all time to come.

The demographic profile of the Sindh province on the eve of Partition made its incorporation into Pakistan inevitable. But had the Indian leadership been little more sincere and tactful, the district of Tharparkar could have been salvaged for India. This Hindu-majority district could have then become the “little Sindh” in India. Had it been converted into a State, it could have sent at least one member each to the Lok Sabha and the Rajya Sabha, besides having its own Legislative Assembly. It could have Sindhi as the official language of the State in a script of their choice.

On Tharparkar, the Congress leadership found itself outwitted and outmaneuvered by the Muslim League. As KR Malkani describes in his book, The Sindh Story (1984): “The Tharparkar district had a Hindu majority and the Congress should have claimed it. Indeed, it had traditionally been more a part of Marwar than of Sindh. On the eve of Partition, the Sindh Government promptly merged Sanghar district with Tharparkar district — to cancel out its Hindu majority. But even then, the case of Tharparkar district was on par with that of Sylhet in Assam (now in Bangladesh), where the Muslim League had demanded — and subsequently got — part of the district, through a plebiscite (Pg 98).”

India could also have claimed, Malkani argues, the Khairpur state, as big as the Tharparkar district itself. The ruler of Khairpur, viz Mir Faiz Muhammed Khan-II, was ready to accede to India but Jawaharlal Nehru declined the offer. Sindh, Malkani informs, had 71 per cent Muslim population but the Muslim League secured only 46 per cent votes in the 1946 interim elections. Nationalist Muslims like GM  Syed and Maula Bux won three votes per four votes scored by the Muslim League.

The upshot is that Pakistan got the entire Sind though Hindus were more than a quarter of the population. Sindh (or Sindhu) remained only in India’s national anthem. A majority of the Hindus became refugees, fleeing to Bombay via the sea route. Some Sindhis might already have been living in Maharashtra and Gujarat as the colonial Sind province was part of Bombay State between 1850 and 1937.

According to the 2011 census, there were 27,72,264 native speakers of Sindhi in India. The number was understandably meagre as they constituted only 0.23 per cent of India’s population. But consider those territorially-grounded communities, who enjoy political representation despite having lesser population. The Konkani speakers were only 22,56,502 in 2011 but have Goa. The Manipuri speakers were 17,61,079 in 2011 but have Manipur. The Bodos were fewer still at 14,82,929 but have the Bodoland Territorial Council in Assam. While these people are a “political community,” the Sindhis are not.

Can a non-territorial ethno-linguistic community have no representation in Parliament? Not really. There is the example of the Anglo-Indian community, who can have such a representation in the Lok Sabha. The President of India, under Article 331 of the Constitution, can nominate not more than two members of the Anglo-Indian community if it is found that they are not adequately represented. In the outgoing Lok Sabha, the Anglo-Indian seats were occupied by George Baker and Prof Richard Hay. These are seats in the Lok Sabha not corresponding to any actual territorial constituency.

Curiously, the head count of Anglo-Indians is not known. They are not enumerated as a separate category but counted as part of the Christian population, since the census of 1941.

The Sindhis, therefore, deserve a non-territorial seat in the Lok Sabha, if not another in the Rajya Sabha. This can be done through a suitable Constitutional amendment. Questions might immediately be raised whether Zoroastrians and Jews also deserve a seat each in Parliament. Whether they do or not, in one’s opinion, they should not impede the prospects of the Sindhis.

Jew, Zoroastrians and Syrian Christians took shelter in India. Though Zoroastrians (Parsis) had thrown up stalwarts like Dadabhai Naoroji, Pherozeshah M Mehta and Madam Bhikaji Cama, they never had a representation as Parsis. But Sindhis had a place in the scheme of political representation in India prior to the Partition. This article merely asks for their restoration, or semblance of it. The Indian leadership failed to wrest the Tharparkar district. A seat in Parliament for the Sindhis will be a token compensation if not also an atonement.