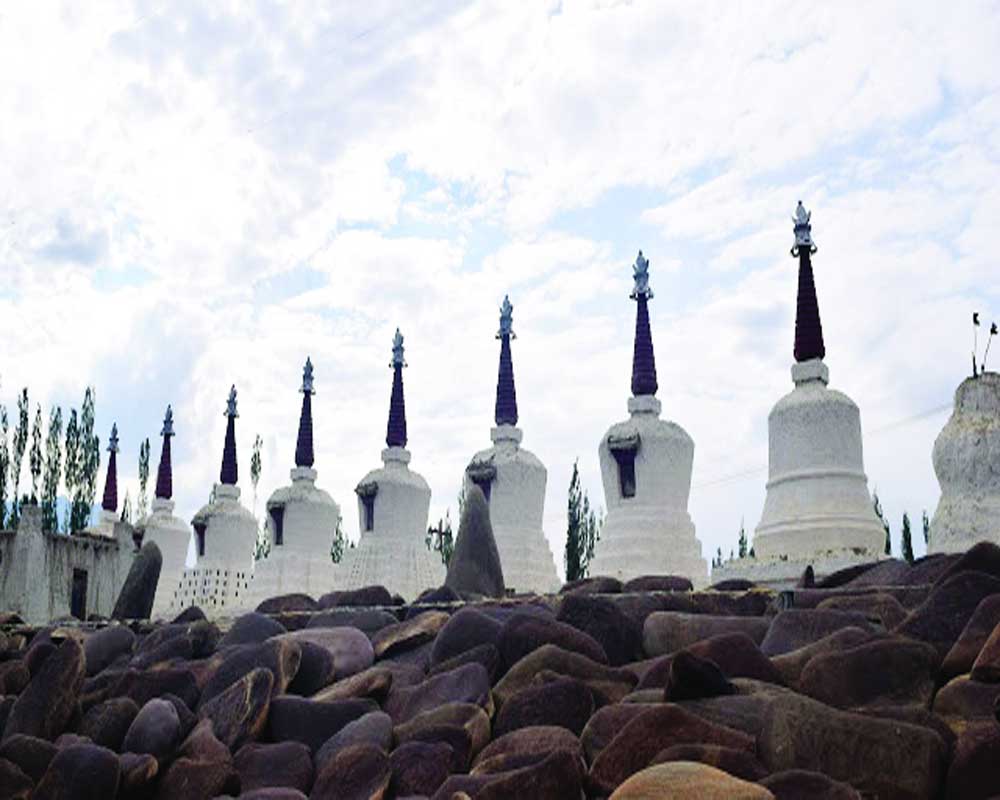 With Ladakh being granted a Union Territory status, one hopes that locals can finally  adopt an economically and environmentally responsible model for its development

Though divided into Leh and Kargil district in July 1979, Ladakh, the “Land of the Passes”, has the particularity of being one of the largest administrative units of the country, with only one Member of Parliament (the 36-year-old BJP member, Jamyang Tsering Namgyal). It has another distinctness: It is India’s most strategic region, facing two not-too-friendly neighbours (Pakistan and China) and it is one of the most beautiful places on earth. It is also a place of spirituality, with a number of gompas (monasteries) perched on the hills in the valleys of the Indus and the Nubra.

To visit Ladakh is to experience the celebrated peace of the place, the grandeur of the landscapes and the hospitality of the Ladakhis. Over the last two decades (since I visited Leh for the first time), the region has completely changed: Alongside the majestic gompas, a myriad cement shops, symbolising daily faster development, have appeared — all due to the craze of Indian and foreign tourists for the mountainous region, and, perhaps, the publicity given by the success of the Hindi film, 3 Idiots.

During the last several decades, the Kashmir Valley, though geographically a very small portion of the Jammu & Kashmir State, has constantly drawn the attention of the world media (and the chancelleries in Delhi) for negative reasons. It is unfortunate that Ladakh was clubbed to Kashmir at the time of Kashmir’s accession to India in October 1947 but there was probably no other choice. Successive Governments in Srinagar have regularly deprived Leh of any say on its development. Hopefully, this is finally and slowly changing.

When in 1948, Karachi decided to also liberate its Buddhist “brothers” in Ladakh, two young Buddhist officers from Lahaul, Captains Kushal Chand and his cousin, Prithvi Chand, offered their services to the nation to stop the raiders. The duo managed the incredible feat of crossing on foot in winter the snow-bound Zoji-la between Kashmir and Ladakh; they were accompanied by a small caravan of men and mules carrying arms and ammunition. The young captains reached Leh safely to prepare a surprise for the raiders. Both were awarded the Maha Vir Chakra (MVC), the second-highest decoration in war time.

It was the first daring act by young Army officers, who since then, have bravely defended the Indian territory. It is worth visiting the Hall of Fame near the Leh airport, where their exploits as well as those of other local heroes, are portrayed. One should mention Col Chewang Rinchen, who was twice awarded the MVC — first for having stopped the advance of raiders in the Nubra Valley in June 1948 and the second for the bravery he displayed in the Turtuk sector in December 1971.

More recently, Major (later Colonel) Sonam Wangchuk (another Buddhist soldier to be awarded the MVC) and his Ladakh scouts recaptured some of the crucial peaks occupied by Pakistan during the Kargil war in 1999. I still have the image of Wangchuk, praying to the Dalai Lama, the Bodhisattva of Compassion, to give him the strength to defend India, his nation.

Ladakh is also the land of spirituality. A large number of Tibetan and Ladakhi Lamas visit the gompas and Buddhist institutions in summer. Prof Samdhong Rinpoche, the former Prime Minister of the Tibetan Government-in-exile, recently visited the Central Institute of Buddhist Studies (CIBS) near Leh. He stressed the seriousness of the global climate crisis: “We are moving into a dangerous period where the entire planet earth is posed with the risk of complete disintegration, of becoming unliveable. The scientists are now accepting it and have clearly accepted that science and technology may not have any remedy to these challenges,” he asserted. He further observed: “Unless the entire humanity alters or changes their way of life, the destruction of eco-balance is going to destroy the entire planet.”

Only in Ladakh is there this blend of spirituality and strategic presence. Today, it faces one the most intense moments of its history — not only because of its belligerent neighbours but also because fast development, triggered by tourism, is becoming a bane, after being a boon.

More and more tourists literarily descend on Leh. They provide employment but also created the first water crisis of the region. While the population is far better-off economically, environment is clearly in peril. How to sort out the dilemma?

Sonam Wangchuk, a Magsaysay awardee and the inspiration for 3 Idiots, believes that the solution lies in changing the pattern of tourism in space and time. He advocates bringing tourism to the villages (space) and all-year long (time).  Let us hope that it will work, though there is no easy solution.

Ladakh has an advantage over other Indian regions — it has a more responsive administration, ie, the Ladakh Autonomous Hill Development Council and with the division status recently granted by the Central Government, the region should get a better capacity to solve such problems.

Perhaps to give a “pause” to the local population, this year tourism inflow declined by over 50 per cent due to several reasons — the Lok Sabha elections, the bankruptcy of Jet Airways, the late opening of Leh-Manali road and the law and order situation in the State.

Leh district is said to house hundreds of hotels and guest houses to cater to foreign and domestic tourists, bikers and trekkers. Hotelier Amrit Badam, told The Kashmir Times: “There is a drastic fall in the arrival of tourists to Ladakh this year. There is nearly 50 per cent fall in tourist footfall in these months as compared to last year during the same period.”

He explained: “As compared to 80 to 95 per cent of occupancy of hotels in May last year, there was only 40 per cent occupancy in May this year.” The overall tourist arrivals in Leh district in 2018 crossed three lakh for the first time. A senior official of the State tourism department announced: “A total of 3,27,366 tourists, including 49,477 foreigners, visited Leh in 2018, marking an increase of over 50,000 compared to the previous year.”

This article was written just a few hours before the long-cherished dream of the Ladakhis to be granted a Union Territory status was realised. This will, of course, open new avenues for the development of the strategic border area. Now the responsibility to make it a success or a failure will lie with the people of Ladakh. Let us hope that they will adopt an economically and environmentally responsible model.