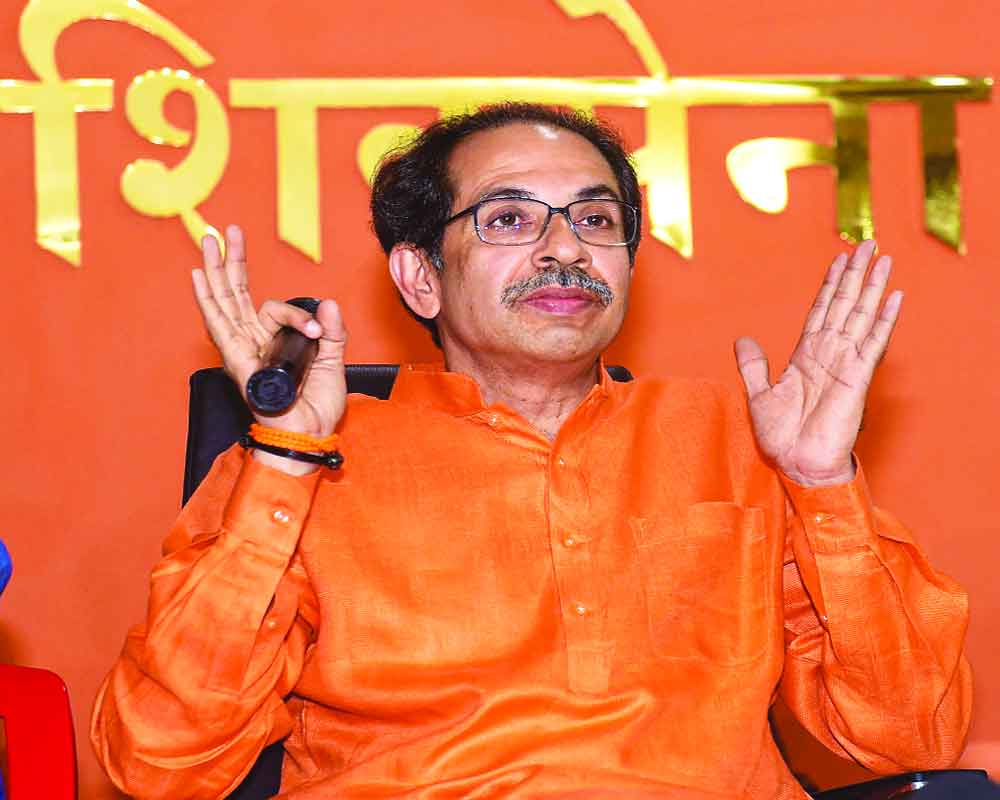 The impasse between the saffron alliance partners over the sharing of power in Maharashtra deepened on Tuesday as Chief Minister Devendra Fadnavis said that the BJP had not given any commitment to the Shiv Sena about sharing of the chief ministership on a rotational basis and that he would himself hold the CM’s post for the next five years.

On a day when Fadnavis talked tough and called the Shiv Sena’s bluff and said his party had not given any undertaking to the Sena about giving to it the Chief Minister’s post for two and a half years, BJP’s national president Amit Shah formally cancelled his visit to Mumbai scheduled for Wednesday to attend his party’s legislature wing meeting called to elect its leader and also to meet Shiv Sena president Uddhav Thackeray.

Meanwhile, within hours after Fadnavis denied that the BJP had given any commitment to the Shiv Sena over the sharing of CM’s post on a rotational basis, Uddhav cancelled a meeting called by the senior saffron ally for power-sharing talks.

“The meeting was scheduled at 4 pm today (Tuesday). Union Minister Prakash Javadekar and party leader Bhupendra Yadav were to attend the meeting from the BJP side, while Sena leaders Subhash Desai and Sanjay Raut were to take part in it from our side. However, after denial by Fadnavis that the BJP had given any commitment to the Sena over the sharing of the chief minister’s post on a rotational basis, Uddhavji cancelled the meeting,” a senior leader close to the Sena president said.

In a related development, BJP MP Sanjay Kakade sought to give a new twist to the ongoing power tussle between his party and the Shiv Sena by claiming that 45 newly elected Shiv Sena MLAs were in touch with the Chief Minister and wanted the formation of a saffron alliance Government in Maharashtra at the earliest.

“Forty five newly-elected Shiv Sena MLAs are in touch with Chief Minister and want the formation of a saffron alliance Government in the State. They have been telling Devendra Fadnavis that they are with the BJP, asking him to do whatever is necessary to form the Government and become the Chief Minister at the earliest,” Kakade said.

Interacting with the media at his official residence “Varsha” here, Fadnavis said, “We had not given any undertaking to the BJP about our giving them the Chief Minister’s post for two and a half years. Ahead of the Lok Sabha polls, the Shiv Sena had made a proposal about its wanting the CM’s post for two and a half years. But, no decision was taken in front of me,” he said.

In turn, the Shiv Sena showed no signs of reneging on its belligerent stand on sharing of power on a 50:50 per cent basis. No wonder that upon Fadnavis’ assertion that he would be the Chief Minister for the next five years, Shiv Sena MP and spokesperson Sanjay Raut said that if the BJP had strength of 145 MLAs, his party’s senior ally was to free to go ahead and form the Government on its own and have its Chief Minister.

Reminding the BJP of the fall of Vajpayee Government in the nineties because of lack of numbers, Raut said: “You may remember the Vajpayee government had failed to the confidence vote in Lok Sabha by a single vote. Hence, there is value for even one vote in politics”.

When his attention was drawn to the displeasure expressed by Fadnavis over the Shiv Sena’s continued criticism of the BJP and the Narendra Modi government through its official mouth-piece “Saamana”, Raut said: “We have not committed any mistake. We are only talking about the 50:50 power sharing formula reached between us and the BJP.  The people have given us their mandate. There’s no need for anyone to convince us about anything.  Through the columns of `Saamana’, we are only expressing our stand. We are not asking anything other than what has already been decided”.

The power sharing tussle between the saffron alliance partners should be seen in the context of the fact that the BJP won 105 out of the total 288 seats in the recent State Assembly polls, while the Shiv Sena bagged 56 seats. Together, the two parties can form the Government in the State in the normal course.

In addition to the 105 seats, Fadnavis has claimed that the BJP enjoys the support of 15 Independent MLAs. If true, the BJP --independent of the Shiv Sena -- has a strength of 120 MLAs, which means it will need another 25 MLAs for a simple majority of 145 MLAs in the 288-member House. That being the case, the BJP cannot do without the Shiv Sena when it comes to formation of a new Government in Maharashtra.

Notwithstanding the strained relations between the two saffron alliance partners, the BJP is trying to open back channel talks with the Shiv Sena on the power-sharing arrangement in the impending new government in the state.

Informed sources in the BJP said that a few of its leaders were planning to meet their influential counterparts in the Shiv Sena late on Tuesday night to break the ice and develop contours of the power-sharing negotiations to be held between Shah and Uddhav at a later stage.

However, informed Sena leaders said that the impasse between the BJP would stretch till the end of the first week of November. “The denial by the chief minister that the BJP had not given any commitment to the Sena about sharing the chief minister’s post has complicated matters. Either Fadnavisji himself or Amit Shahji will have to take the first step to make peace with Uddhavji and convince him to come to the negotiation table with some assurance. It is only then things will move,” a senior Sena leader said.