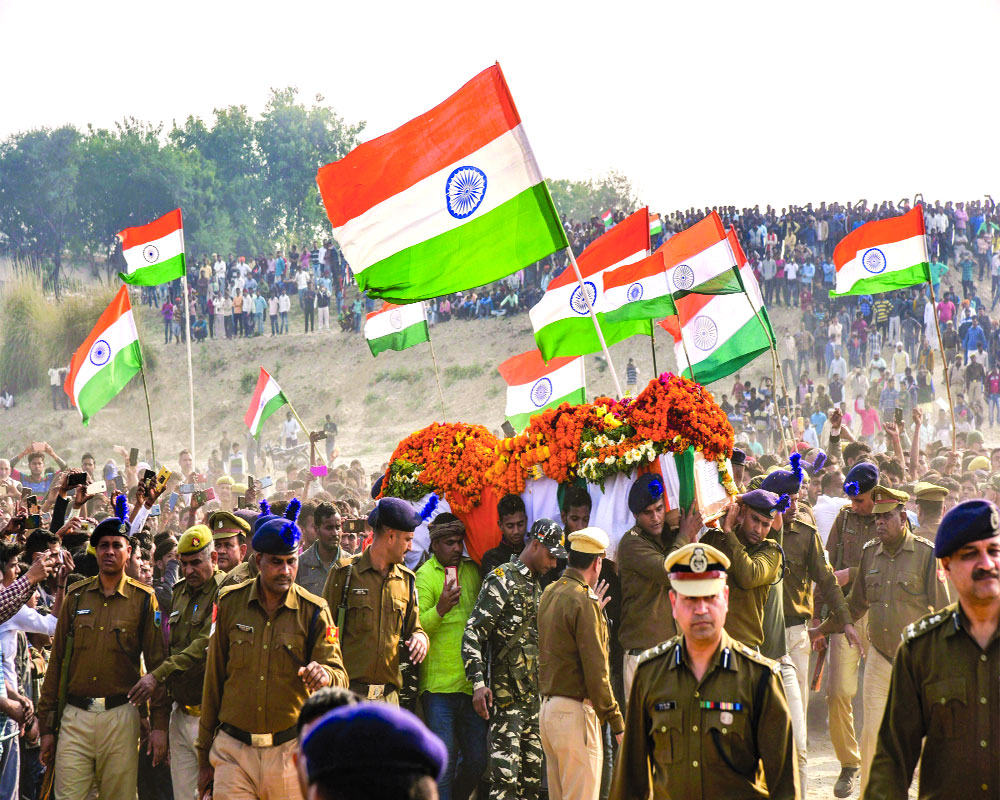 LeT no. 2 allowed to deliver anti-India sermons, ‘virtues’ of jehad at educational institutions

In what could further vitiate the security environment in the Indian subcontinent, the Imran Khan-led Pakistan Government has allowed open access to Lashkar-e-Tayyeba (LeT) Number 2 and 26/11 conspirator Abdul Rahman Makki in the universities and schools as a motivational speaker to deliver anti-India sermons and ‘virtues’ of jehad and radicalise the youngsters at a young age. The radicalisation and recruitment of highly educated youths will significantly enhance the strike capabilities of the Pakistani terror groups.

Agencies here apprehend the move will lead to creation of a “network of terror facilitators” in the region for furthering the larger anti-India terror agenda.

In addition to the latest tactic of the Pakistan Government-Army combine, the duplicity of the US that hosts common servers for the Pakistan Army and its terror proxies like LeT and Jaish-e-Mohammad (JeM) has further compounded the security situation in the country. The common server of the Pakistan army and its terror affiliates are a clear link between the two. The US has only done lip service towards the Pakistan-directed terror in India but has always been comforting Islamabad by reiterating that it is a permanent ally. The US has also failed in conducting drone strikes against the LeT and JeM masterminds who have a free run in furthering terror in the region especially against India. Due to the terror hits by the Pakistani jehadi groups, India is one of the top 10 terrorism-hit countries in the world.

“The idea of allowing access to Makki to the technical institutes and other educational facilities is to catch them young. Pakistan Army’s terror proxies like the LeT and JeM will get a pool of educated students and engineers for inflicting more and more terror hits with an ever evolving sophistication,” a senior security official said.

Counter-terrorism expert Dr Rituraj Mate said, “This is a dangerous trend emerging in Pakistan which has implications for not only India but also for countries like UAE where a lot of Pakistanis travel with work visas besides the US and the UK where they go for higher education. The radicalised professionals and students will continue with their mindset even while pursuing their vocations in the respective countries.”

Till now, only the terror outfit used to get recruits largely from the uneducated or madrasa-educated sections of the Pakistani society or those from the deprived sections of the refugee community like the Rohingyas of Myanmar, Mate added.

In videos available in Pakistan, Makki is seen castigating Russia and the US for their role in Afghanistan where they had to bite the dust. Makki is also seen exhorting the students to work with a mindset of jehad against India.

Makki is a designated terrorist by the US State Department but in the absence of any credible action by the US against the anti-India terror groups, he has emerged as one of the most popular motivational speakers.

The students radicalised by Makki will go on to become future army officers and join other sections of the Pakistani Government. These radicals will continue to perpetuate the hatred and insidious agenda against India.

The students radicalised by Makki will subsequently join the firms operating in China-Pakistan Economic Corridor (CPEC) and will even seek to radicalise the Chinese manpower. In addition, the Pakistani radical professionals can also seek technical knowhow from the nuclear ancillary units being set up by China in the CPEC.

Sources said Makki had recently met leaders of the Pakistan-provoked Khalistani conspirators of the Referendum 2020.

Pakistan has already branded LeT chief Hafiz Sayeed as a democrat by allowing him to float a political party during the last federal elections. Sayeed is the main mastermind of the 26/11 Mumbai terror attack that took a toll of 166 lives and is wanted in the case.

The Pakistani terror groups are actively engaged in terror agenda in not only India but also in ASEAN countries and even Europe.