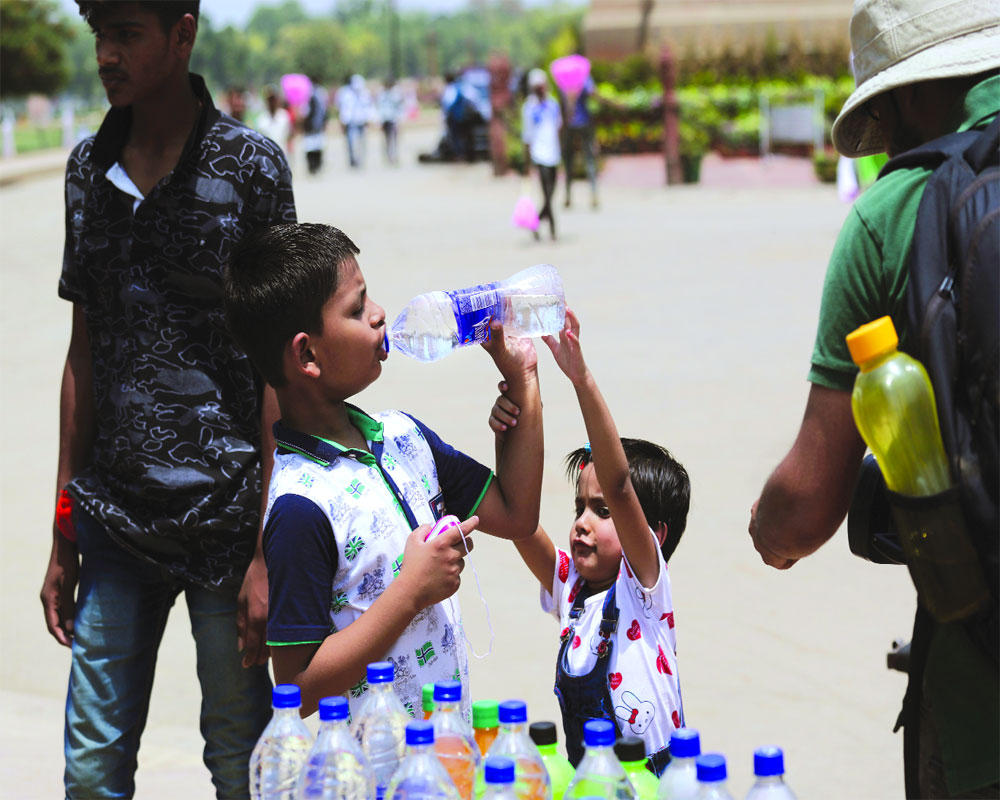 Chief of India Meteorological Department (IMD) Kuldeep Srivastava said, “The Palam Observatory recorded an all-time high of 48 degrees Celsius on Monday. The factors that led to this are dry westerly winds, no effect of a western disturbance in the plains and intense heating in the month of June.”

The IMD forecast the “severe heatwave” situation for the entire north India on Tuesday. It marked the area “Red” on the weather forecast index which indicates — heatwave situation.

“Southwesterly winds on Tuesday may cause the temperature to drop by one or two notches. However, the heat wave will persist,” IMD said.

As per the private weather forecast agency Skymet, a low-pressure area that is expected to intensify further will move along the west coast i.e. from Southeast Arabian Sea to Northwest Arabian Sea. Due to this, humid southwesterly winds are reaching up to Delhi and the National Capital Region (NCR) area. Thus, the increase in humidity and high temperatures will result in thundercloud development and subsequent rainfall.

Lodhi Road, Ridge, Sports complex and Ayanagar areas recorded 45 degrees Celsius on Monday. The Safdarjung Observatory, official figures for the city, recorded a high of 45.6 and a low of 27.2 degrees Celsius. The maximum temperature at Delhi Airport settled at 43 degrees Celsius.

Hot dry winds - loo - swept the city, compounding the woes of people who had to venture out for work.

In large areas, a heatwave is declared when the mercury touches the 45-degree mark for two consecutive days and a severe heatwave is when the temperature soars to 47 degrees Celsius for two days on the trot, according to the India Meteorological Department.

In small areas, like the national Capital, a heatwave is declared if the maximum temperature is recorded at 45 degrees Celsius even for a day, it said.