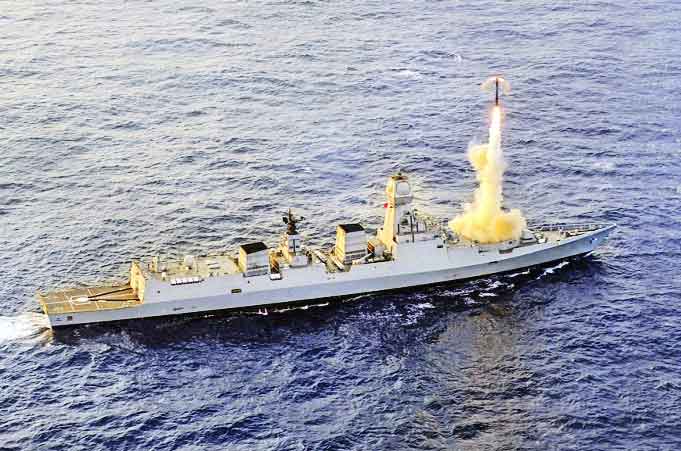 BrahMos supersonic cruise missile was successfully test-fired from a naval warship on Thursday. The supersonic missile, with a strike-range of over 290 km, was test-fired from the Navy’s stealth destroyer INS Kochi, hitting a decommissioned target ship in the Arabian Sea.

The second ship of Project 15-A “Kolkata-class” guided missile destroyer test-fired the advanced missile during a naval drill in the west coast.

The warship has the enhanced capability of carrying a total of 16 BRAHMOS missiles in two 8-cell vertical launch systems, besides other sophisticated weapons and sensors.