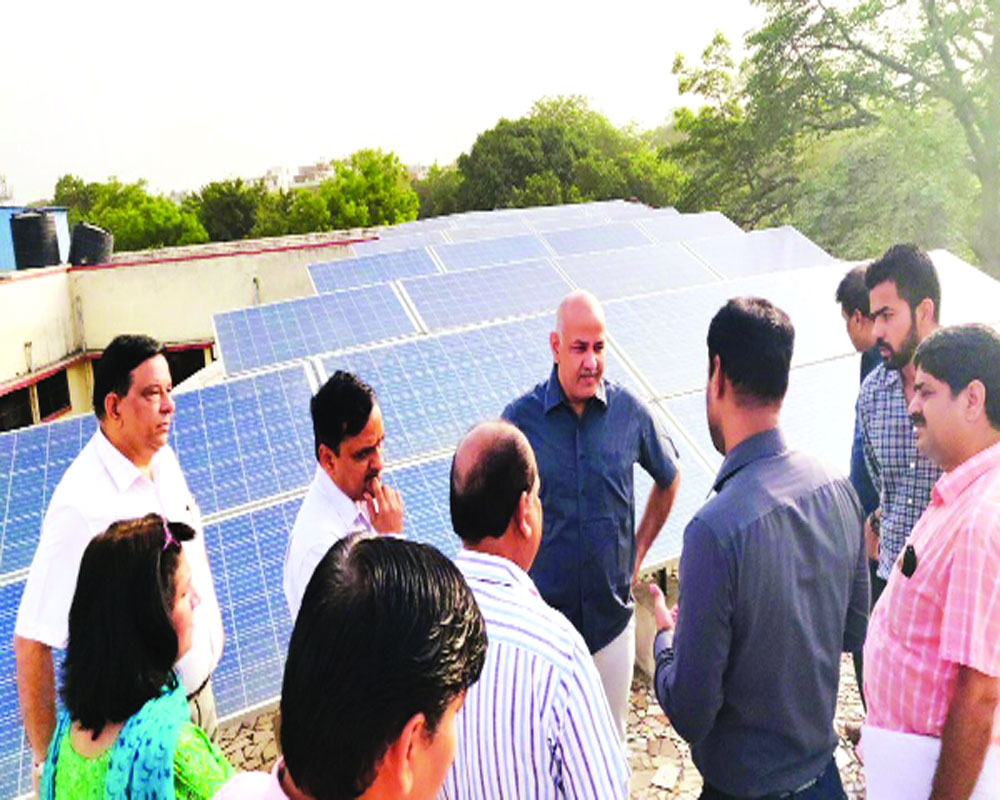 At times when power demand in Delhi broke all records of the season touching 6,686 megawatt, a pilot project of the Delhi Government to install terrace solar panels in schools has proved to be a big example as one such school is already producing surplus power and has brought down electricity bill to zero.

According to Sisodia, the Delhi Government has already installed solar panels in 21 schools and the work is in progress in 100 more schools.

The Government is planning to place solar panels in 500 schools in total.

Announcing this move, the Education Minister tweeted, “Successful pilot of terrace solar panels in #DelhiGovtSchools. Electricity bill of this school reduces from Rs 35,000 to zero. Already installed in 21, being installed in 100, plan is to install in a total of 500 schools. Important step towards power independence for Delhi!”

While all the Cabinet Ministers of the Delhi Government are visiting schools to check the effect of their policies for Delhi people, Sisodia has visited various Delhi Government schools in different part of the city.

On Tuesday, he visited schools in Andrews Ganj, Masjid Moth, East of Kailash, CR Park, Tughlakabad and New Friends Colony. The visit was focussed on inspecting the ongoing construction of classrooms, installation of CCTV cameras and solar panels in the eight schools.